Some Wild Elephants Need Only Two Hours of Sleep

The internet is rife with stories about how successful people sleep, from dozing in chambers of thin air to surrounding their bed with humidifiers. Is our wimpy need for eight hours of rest holding us back from high positions, like the presidency? Or maybe we need to take daytime naps, like Winston Churchill famously did, to lead a nation out of a World War. Despite experts recommending seven to nine hours of sleep, some people can get by on just four hours of sleep every night. But when it comes to speed-sleeping, elephants beat these folks by a long shot.

The study's results proved eye-opening — literally. In prior studies, captive elephants have clocked in at three to seven hours of sleep per day. But these scientists found that the two female wild elephants they tracked slept a lot less time than expected: about two hours a night, without the need for restorative naps even if they missed a night of shut-eye. In fact, the elephants skipped sleeping on a combined total of five out of 70 days of observation, going an average of about 46 hours without rest on each occasion. The two-hour average is the lowest recorded sleep time of any mammal to date.

The team's findings about wild elephant sleep support previous research that suggests captive animals sleep more than wild ones, and that larger animals can function with less sleep than smaller ones. While scientists aren't sure why that is, they think it's possible that an elephant simply might need more waking hours to feed their big bodies than a smaller mammal that needs less food. Environmental conditions, like ambient air temperature and lunar phases, as well as the threat of predation may be keeping the elephants wakeful.

Scientists often study how sleep affects memory in humans, but the lack of sleep elephants get adds a wrinkle to the theory that sleep is necessary for memory consolidation, since elephants are known to have strong long-term and working memories.

Now That's Interesting
Each elephant had an actiwatch (an activity and sleep monitor the size of a wristwatch) implant in her trunk. The researchers supposed the elephant was asleep if the usually restless and exploratory trunk was motionless for five minutes or longer.

Why We Use the Suffix '-Gate' for Scandals (And Can We Please Stop?) 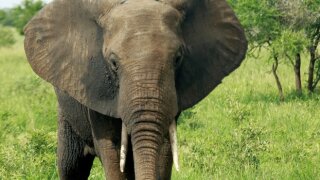 How good is an elephant's memory? 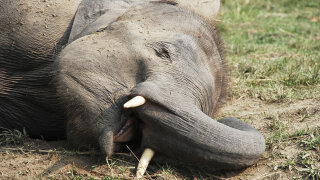 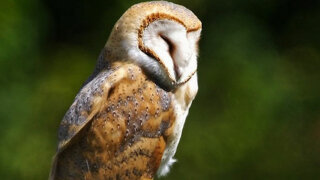