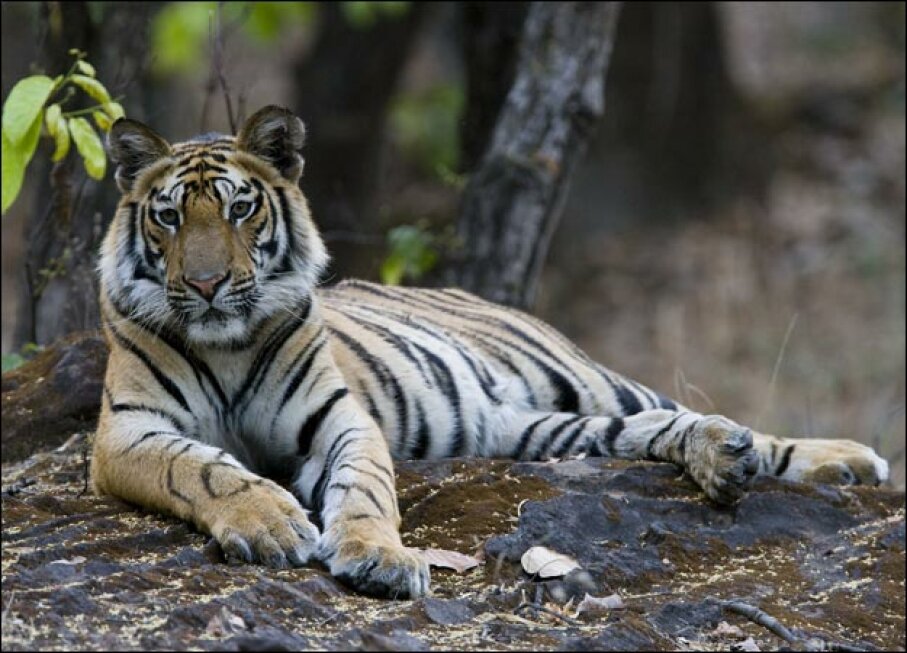 All about Tigers Thorsten Milse/Getty Images

Tigers are the largest members of the cat family. Typically a night hunter, it can easily take down large animals, such as deer, wild pigs and cattle. Small animals are also sometimes on the menu. Their coat is orange with black stripes; however, color intensity and the pattern of markings can vary according to species.

The Sumatran tiger is the smallest and darkest of the subspecies, and the Siberian is the largest and lightest in color. At one time, eight subspecies made up the tiger family, but since the 1950s three have gone extinct. The five remaining species are endangered due to poaching, loss of habitat and loss of prey due to overhunting by humans.

Despite this, tigers remain one of the most popular and recognizable creatures in the world. Here's several interesting facts about them that may surprise you.

Tigers Can Play Serious Games of Hide and Seek 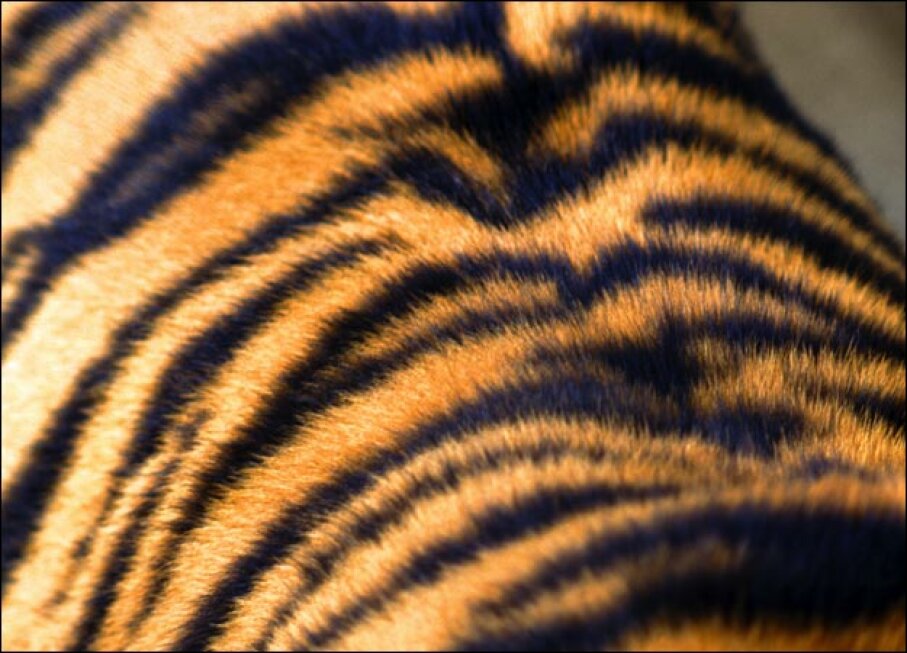 Tigers live in several types of environments, including forests, wetlands, and grasslands, but regardless of their surroundings, they use their stripes as the ultimate camouflage. Normally dark brown or black, these markings cover tigers from head to toe and allow them to become nearly invisible when hunting and stalking their prey.

Like fingerprints, each set of stripes is unique and no two tigers have the same pattern. The look is not just cosmetic and superficial either — even if you were to shave all of its fur off, a tiger would still have its stripes! 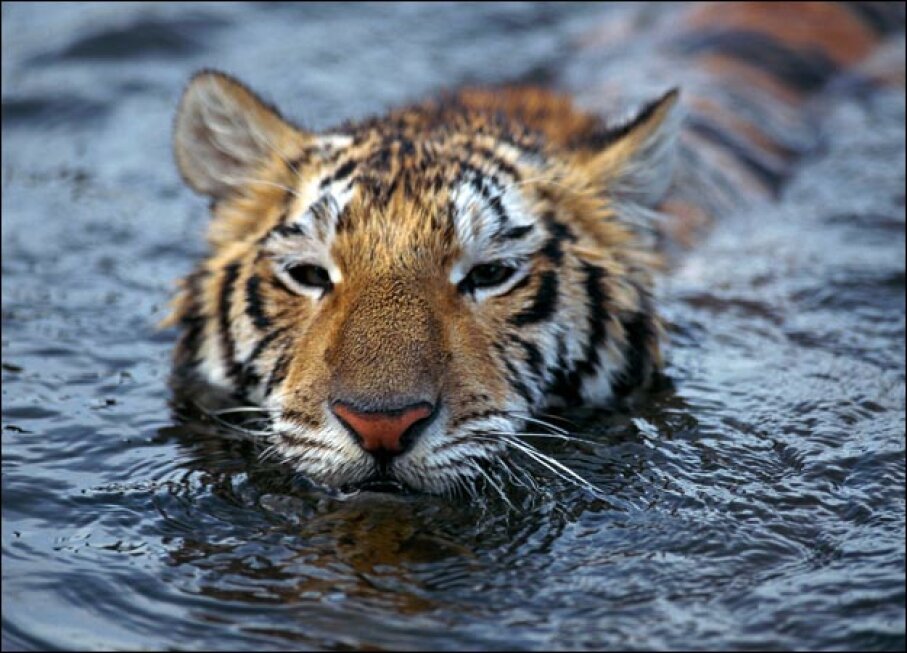 All about Tigers DCL | Stockbyte/Getty Images

While most cats despise water, tigers love taking baths to help keep themselves cool during the hottest parts of the day. They'll submerge themselves in nearby lakes and streams, soaking for up to an hour, but neck deep only. Tigers don't like getting water in their eyes, to the point that they'll actually enter the water backwards to prevent this from happening.

Once they return to dry land, the combination of the wetness and the wind has a pleasant cooling effect on the tiger's body and if it starts to wear off, no problem - they just repeat the process. And thanks to their webbed feet, tigers are also powerful swimmers, and have been known to cover up to 20 miles in a single outing!

Tigers Can Administer Their Own First Ad 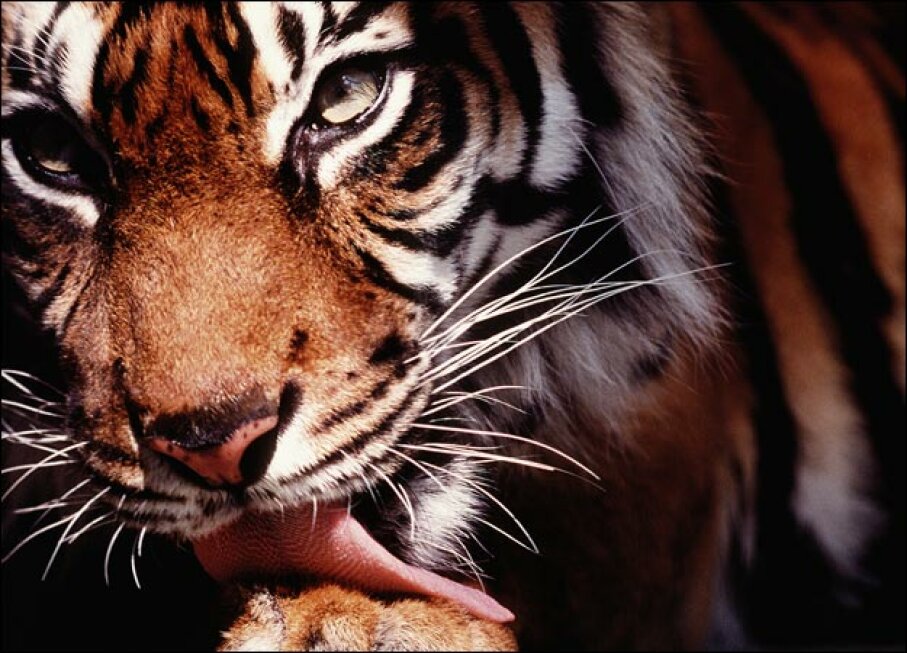 Despite their strength and size, tigers still often come out of a fight with their fair share of battle wounds, but fortunately they carry a first aid kit with them 24/7. This soothing relief comes courtesy of their own saliva, which acts as an antiseptic that can be used to clean up wounds inflicted by prey or rivals. 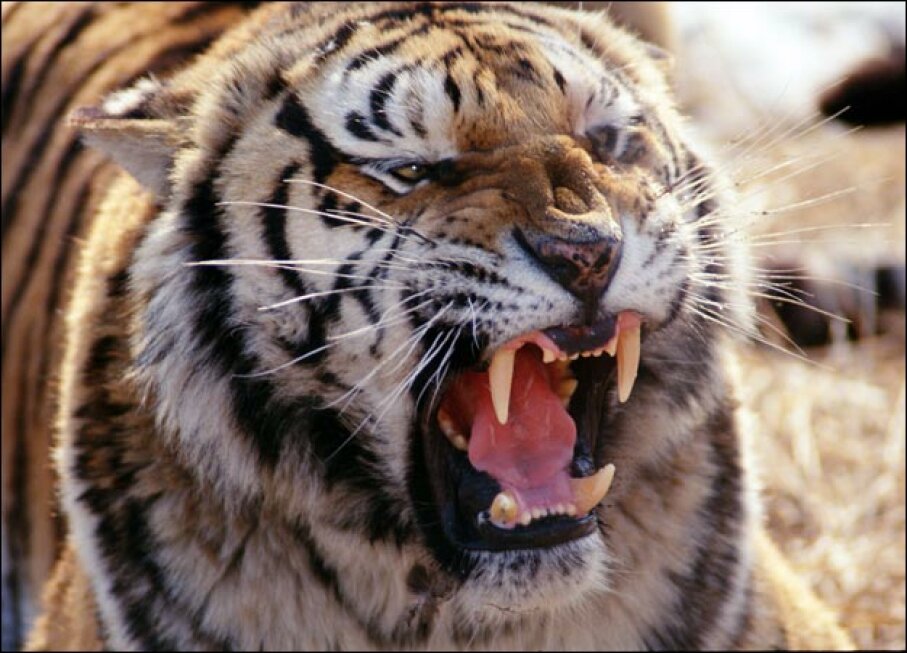 Superman may be faster than a speeding bullet and able to leap tall buildings in a single bound, but tigers can hold their own when it comes to heightened senses and amazing abilities. Their most developed sense is hearing, but they have excellent binocular and color vision, including the ability to see six times greater at night than a human can. In the sound department, though they don't purr due to a modification of their larynx. They do, however, have a mighty roar that can be heard as far as two miles away!

That's a pretty mighty bark, but in this case, it's not worse than their bite - a tiger's canine tooth can grow up to three inches, which is about the length of your middle finger. But with 30 of those suckers in its mouth, don't be flipping the bird to this predator anytime soon. A chomp of a tiger's jaws can generate pressures of up to 10,000 pounds per square inch, which is enough to crunch through the vertebrae of any creature on the earth! 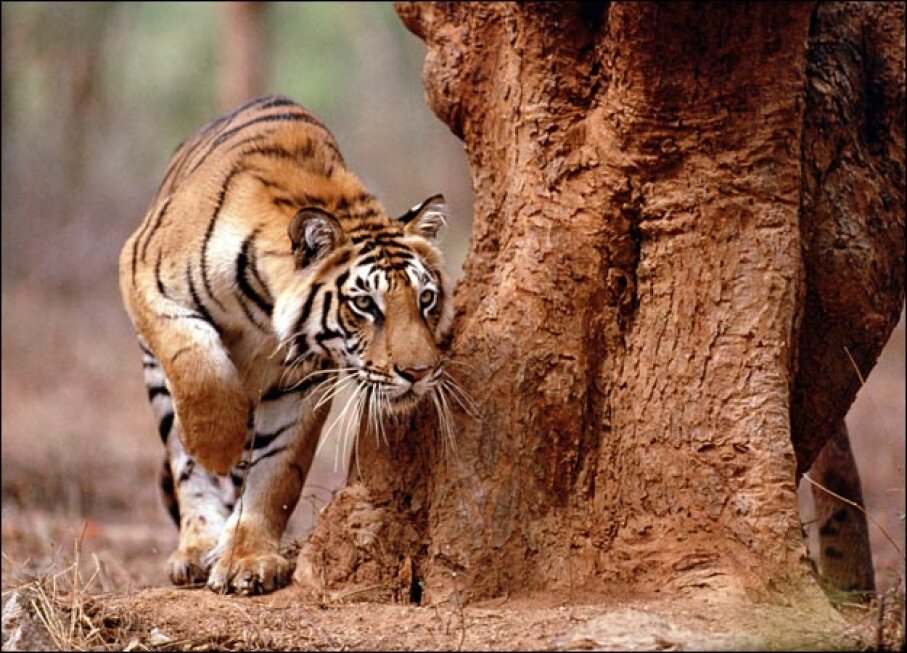 Tigers are powerful hunters who prefer to dine at night, and they don't mind traveling many miles to hit their favorite haunts for a meal, be it buffalo, deer, wild pigs, or smaller snacks such as rabbit and fish. They lie in wait, placing thy creeping in close enough to attack their victims with a quick spring and a fatal pounce. It's a tricky tactic, as a tiger can only usually expect a 1 in 20 success rate when deploying this method to bring down prey. A drive-thru would be so much easier!

Tigers are also known for supersizing their meals, sometimes eating up to as much as 60 pounds in one night, which is probably why they can also go two to three days without eating anything at all. They've also have the ability to drag a carcass that would take the strength of 13 men to move, only to bury the remains in an attempt to hide it from scavengers, then later exhuming it for its next meal. Leftovers, anyone?