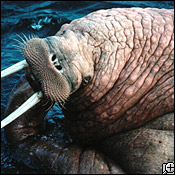 They feed on invertebrates such as crustaceans, starfish, and mollusks, which they suck out of the shell. They also prey on fish and seals.

The walrus uses its tusks to chop breathing holes in ice and to get from water onto floes, jabbing the ice as it hoists up its body.

In struggles for dominance, the male displays his tusks. Usually the behavior is limited to posturing, but violence can ensue, with a walrus striking his tusks point-first into his opponent.

Adult males develop hide thickenings on the neck and shoulders, perhaps due to scarring from such battles. 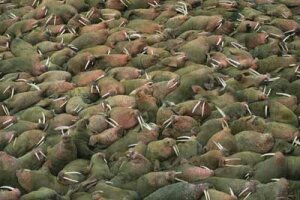 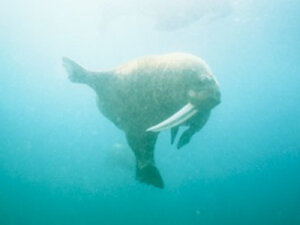 How do walruses sleep in the water without drowning? 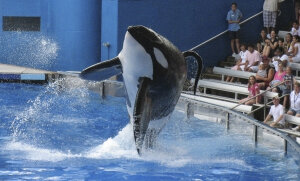