by Robert Lamb Jan 31, 2017
This is a typical example of a wild-caught crab (Lybia leptochelis) holding an anemone in each claw. Yisrael Schnytzer

Textured like scrumptious tempura and barely 2 centimeters (0.7 inches) wide, the Lybia boxer crab would seem rather ill-suited for survival — and that's why they wield a pair of sea anemone cudgels. But where do they snag these fancy bioweapons?

Bar-Ilan University graduate students Yisrael Schnytzer, Yaniv Giman and two other colleagues had the same question, and investigated the matter for a new study published in the journal PeerJ. The researchers collected boxer crabs from the south shore of the Red Sea in Eilat, Israel, and identified the weaponized anemones as belonging to the genus Alicia, likely a newly recorded species. But when they looked around for wild examples of the Alicia sea anemone, nothing turned up.

If unclaimed weapons are scarce, then how's a boxer crab supposed to arm up? Theft, of course. Just as an unarmed Bruce Lee might swipe a pair of nunchucks from an adversary, so too does an unarmed boxer crab wrestle an anemone away from one of its fellow tool users. You can see footage of that behavior in action in this New Scientist YouTube clip.

And then things get even more amazing.

As the researchers discovered in a pair of experiments, a one-weaponed boxer crab will split its remaining anemone into two fragments. The resulting fragments then regenerate over the course of several days into two distinct clones. Let's see Bruce Lee do that.

Schnytzer and Giman are no strangers to the mystery of crab boxing. The two biologists previously worked on a 2013 study published in the Journal of Experimental Marine Biology and Ecology, which revealed the boxer crab's bonsai-like treatment of their claw-clutched bioweapons. They use them to catch food and defend themselves, but they also starve the anemone enough to regulate their size.

Given the apparent absence of wild Alicia sea anemones and the boxer crabs' talent for inducing clonal reproduction, we're left with a tantalizing question: Are there any free-living Alicia left, or does the species continue as a purely cultivated weapon species? The situation would not be unlike the domesticated fungi of leaf-cutter ants.

Schnytzer say that the cultivation explanation is possible. The Alicia sea anemone could now be extinct in the wild, or might live elsewhere, a remote species brought into the Eilat area by a "founding father crab."

“Bottom line, my guess is they exist but are probably very rare,” Schnytzer told HowStuffWorks by email. “I think this because one of the findings in our current paper was that every crab found in the wild is holding clones (supporting the theft and splitting behaviour we saw in the lab) and that there are a very limited number of haplotypes (established with genetic fingerprinting analysis) — thus giving credence to the assumption that most of the anemone reproduction going on is asexual, but not all of it.”

Regardless, the researchers' findings provide us with a seemingly unique example of one animal inducing the asexual reproduction of another — and for tool use! Humans may claim the honors to bioweapon supremacy for the moment, but the boxer crabs are ready to claim the prize just as soon as we wipe ourselves out with a mishandled plague virus or two. 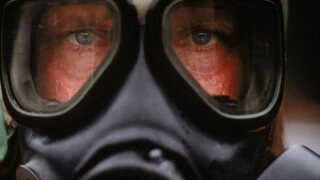 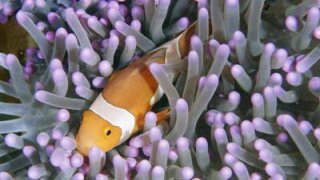