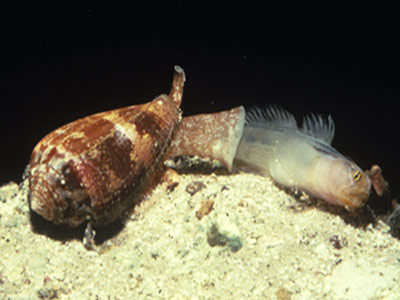 A cone snail swallows a fish that it caught with the help of its paralyzing venom.
Alex Kerstich/Visuals Unlimited/Getty Images

Actually, the grand prize winner of most venomous animal may never be found. Due to the somewhat flimsy nature of testing venom's potency, there's some disagreement about which animal comes out on top.

A common method of measuring the toxicity of a substance is LD50, expressed as the dose that kills half of the test animals the substance is used on. LD50 usually is represented by the amount of venom (or other chemical) given for every 100 grams or 1 kilogram of the test animal's body weight [source: Canadian Centre for Occupational Health and Safety]. The "LD" stands for "lethal dose," and "50" represents 50 percent of test subjects -- the lower the value, the more potent the chemical. The LD50 of a box jellyfish is 0.04, while the LD50 of a coral snake is 1.3 [source: Lee, Fry]. Researchers are starting to phase out LD50 in favor of alternative methods that reduce the deaths of test animals.

While this standardized measure is a good baseline for comparing the relative strength of different venoms, a number of things can alter the value. For one thing, the test animals -- usually rats or mice but sometimes rabbits, hamsters and guinea pigs -- don't necessarily have the same response to the venom that other animals, like humans, would. Even when the test animal's weight is taken into consideration, one species can have a totally different reaction from another. Other things that can affect the LD50 value include the way the chemical is administered and the age, size and geographic origin of the animal that provided the test venom [source: Kimball, Venom Supplies].

­­That being said, there are definitely several venomous villains that stand out above the crowd. High on the list is another marine animal and Australian native, the geographic cone snail. Found along the coral reefs of the Indo-Pacific, these intricately patterned, brown-and-white shelled gastropods have especially potent venom that paralyzes their prey almost instantly. When a tasty fish or snail wanders by, these attractive, harmless-looking shells extend a tubelike organ outfitted with what resembles a minispear. This weapon injects prey with a venom so powerful that victims may die before they even realize that they've been bitten [source: PBS].

Another deadly Australian animal is the inland taipan, which produces the most toxic venom of any snake in the world. A venomous bite from this predator is powerful enough to kill 15,000 mice [source: California Academy of Sciences]. Before the antivenin was created, few people lived to tell about their encounter with this reptile.

The world's deadliest spider, the Sydney funnel-web spider, also lives in Australia. Its venom acts on the body's nervous system and can kill in under 15 minutes [source: California Academy of Sciences]. Named for their uniquely shaped webs, these notoriously aggressive spiders may cause you to develop a severe case of arachnophobia.

As frightening as they may seem, some venomous creatures could end up saving your life. Scientists have found that many of the chemicals found in venom are also useful in creating drugs for treating a range of illnesses. A component of the cone shell's venom has been developed into a drug targeting chronic pain that's thought to be 10,000 times stronger than morphine, and an ingredient in copperhead venom is being used to fight cancer [source: PBS, National Geographic]. 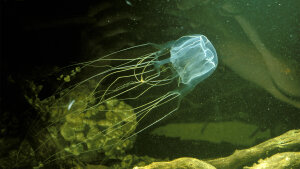 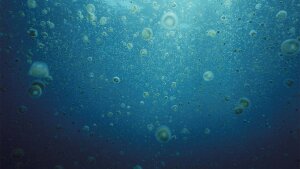 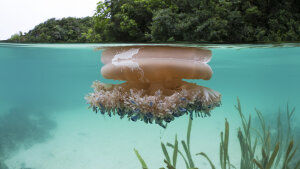