One of the problems with a phenomenon like ongoing ocean acidification, where the very nature of an entire ecosystem changes, is that ripple effects can be broad, unpredictable and tragic. As our planet's oceans change due to the gases mankind is putting into the atmosphere, scientists have identified a new potential vulnerability: baby fish and their relationship with an essential protector.

A new study recently published in the biology journal Proceedings of the Royal Society B suggests that as human activities increase the amount of carbon dioxide (CO2) in the atmosphere and oceans, larval and juvenile fish could experience more risk from predators. That's because the juveniles of a number of species of fish spend their formative time in open water protected by the otherwise dangerous stingers of jellyfish.

Because young fish have little shelter in open water aside from the jellyfish, ocean acidification "might lead to higher mortality and alter species population dynamics," the paper says.

While a relationship between poisonous jellyfish and vulnerable fish may seem an odd one, it's more common than you might think — about 80 different species of young fish form symbiotic relationships with jellyfish. That number includes a number of fish important to commercial fishing — jacks and pollock, for instance.

If the baby fish get protection from the deal, what do jellyfish get out of it? Well, they sometimes eat the baby fish. And while that doesn't work out so well for the individual fish that become jellyfish fodder, taken on average the relationship on the whole benefits both species. In fact, only one of the species is immune to jellyfish poison, and the rest are just really good at dodging tentacles.

The scientists tested how acidification would affect the symbiotic relationship by altering CO2 levels in tanks with jellyfish and baby yellowtail scad. According to the experiments, baby fish in a tank with increased CO2 conditions spent only a third of the time close to their jelly protectors when compared to fish and jellyfish in ideal conditions. Additionally, the mean number of baby fish even initiating an associate with jellyfish dropped by 25 percent.

The baby fish use both sight and smell to spot their host jellyfish. The study also suggests that it's not only jellyfish smell that the CO2 has an impact on, because none of three tested fish species tested were attracted to jellyfish olfactory cues on their own, and that was tested using present-day ocean CO2 levels.

Scientists have previously observed other similar relationships change, like that of clownfish and anemones, or other fish that hide among coral that experiences bleaching due to ocean acidification.

"These intricate, interdependent relationships between different species — symbioses — are common in both the marine and terrestrial environments," says study leader Ivan Nagelkerken, an associate professor at the University of Adelaide's Environment Institute, in a press release.

Now That's Cool
To combat acidification, scientists have proposed adding lime to the world's seawater in an effort to help the oceans more efficiently process CO2.

Cities Built of Bone and Sewage Could Be Our Future Homes 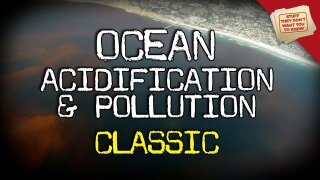 Stuff They Don't Want You To Know: Ocean Acidification and Pollution [VIDEO] 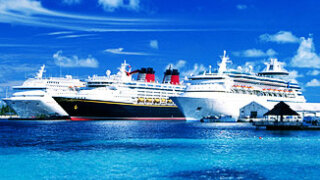 What human activities increase carbon dioxide in the atmosphere?