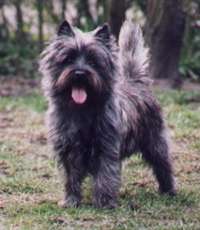 If you're a dog owner, you're probably convinced that you've got the greatest dog in the world. But can your dog bring home a paycheck? Whether they've stolen our hearts, made us laugh, or scared us silly, no one can deny that the dogs listed below are one of a kind.

In this article, you'll learn about canines that made it to the silver screen and became an instant favorite among moviegoers everywhere.

In the 1970s and 1980s, several feature films centered around the adventures and loving personality of Benji, a terrier with an uncanny ability to sniff out trouble just in the nick of time. Created by Joe Camp, the films were produced in Texas starting in 1974. The dog that played Benji in the original film was actually named Higgins. Other Benjis have come and gone over the course of nine feature-length films, the most recent released in 2004.

Author Eric Knight's original short story entitled "Lassie Come Home" tells the story of a young boy and his loyal collie. After being separated under dire circumstances, Lassie crosses hundreds of miles to find her master. The story first appeared in The Saturday Evening Post in 1940, and in 1954, Lassie the TV show made its debut. The show ran for 20 years, using nine different dogs to portray the faithful pooch.

In L. Frank Baum's famous story The Wonderful Wizard of Oz, a little terrier named Toto accompanies Dorothy on her adventures and eventually saves the day. The legendary movie, starring Judy Garland, helped make the story -- and the dog -- pop culture favorites. The dog that played Toto in the classic movie reportedly received $125 per week -- more than twice as much as the people playing the Munchkins.

Rin Tin Tin was one of America's first doggie stars. American serviceman Lee Duncan found Rin in a bombed-out dog kennel in France during World War I. Duncan took the German shepherd home with him to California and taught him how to do tricks and perform in dog shows. More show-biz opportunities followed, including a role as a wolf in a 1922 motion picture. For the next decade, Rin had parts in 26 films, making him as big a star as any of his human counterparts. Rin Tin Tin was honored with a star on the Hollywood Walk of Fame, and during the 1950s, his offspring portrayed him on the television show The Adventures of Rin Tin Tin.

No list of celebrity canines is complete without everyone's favorite beagle. Keep reading to find out which canine we saved for last.

Muppets come in every shape, color, and size, but the biggest stars are the basic characters: the frog, the pig, and the dog. Originally created by Jim Henson and Don Sahlin for a Purina Dog Chow commercial, Rowlf quickly became an in-demand dog. Rowlf was a perfect sidekick for Jimmy on the popular Jimmy Dean Show, making him the first Muppet to have a regular gig on a network TV show. In 1976, Rowlf made a career change -- he joined the cast of The Muppet Show as the in-house pianist. Rowlf favored Beethoven and standards, but he was so amiable and friendly, we're guessing he was okay with taking requests, too.

In 1994, Nickelodeon's parent company, Viacom, decided to commit more than $60 million to new programming, and Blue's Clues was born. The formula for the show, marketed toward preschoolers, was simple: A blue puppy places clues around her world for the kids watching. Through these clues, the kids can figure out what Blue wants to do. As it turned out, kids wanted to do whatever Blue wanted to, and computer games, live tours, books, DVDs, apparel, and food products prove that Blue is still one popular puppy.

Not all of these dogs were man's best friend, but they sure have entertained us. Up next: find out which psychotic dog was unleashed from the mind of Stephen King in his 1980's book turned movie.

No human fear has been left untouched by horror writer Stephen King, so when he turned his attention to dogs in the 1981 book Cujo, the results were terrifying. The story, which was later made into a movie, tells of a friendly St. Bernard that contracts a nasty case of rabies. Disaster, death, and mayhem ensue, and the main characters -- a mother and her asthmatic son -- are held hostage by the drooling, psychotic dog.

Disney's lovably stupid dog first appeared in a 1932 cartoon short as an audience member watching Mickey onstage. Goofy was originally known by the even less dignified moniker Dippy Dawg. The tall mutt in overalls had an incredibly dopey laugh, supplied by Disney writer, musician, and former circus clown Pinto Colvig. When Disney heard Colvig's laugh, he decided that Goofy should get a little more face time. Soon, Goofy was appearing in his own cartoons and has been a favorite ever since.

The main character in Jack London's The Call of the Wild, Buck is a St. Bernard-Scots shepherd mix that lives a comfortable, somewhat pampered life in northern California, in the late 19th century. But his life is turned upside down when he is kidnapped, sold as a sled dog, and shipped off to the Yukon Territory in the upper reaches of northwestern Canada. Buck quickly learns to survive on his own and discovers basic instincts he didn't know he had.

In 1993, the world was introduced to Eddie on the hit sitcom Frasier. The rascally Jack Russell terrier was intelligent, adorable, and more than a little prone to taunting Kelsey Grammer's character, Dr. Frasier Crane. Eddie was played by a father-and-son team -- Moose was the original Eddie, then when he retired, his son Enzo stepped in to play the role. Eddie rounded out the cast of the popular Cheers spin-off, which ran for 11 seasons.

Once upon a time, on a sunny day at the Daisy Hill Puppy farm, a litter of seven adorable beagles was born, including a particularly mischievous puppy named Snoopy. Peanuts, the classic cartoon strip created by Charles M. Schulz in 1950, still runs in newspapers around the world despite Schulz's passing in 2000. Snoopy, Charlie Brown's faithful dog, is one of the most recognized dogs in history. Heavy on personality but light on words, the feisty beagle was a foil or friend to every character in the Peanuts pantheon. The popular pooch even has his own attraction -- Camp Snoopy -- at several major theme parks across the country.