12 Celebrities and Their Pets

Browse the article 12 Celebrities and Their Pets 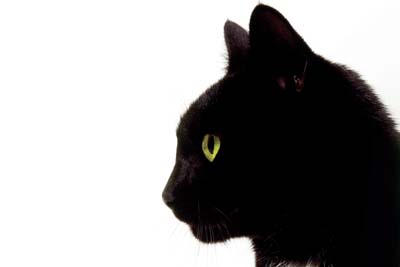 "Make me the person my dog thinks I am," goes the famous entreaty. And for those living under the constant scrutiny of the public eye, that plea is likely invoked with an extra grain of truth. Dogs -- and for that matter cats, pigs, and the occasional kinkajou -- prove loyal companions to the famous and infamous in a sometimes less-than-friendly world.

The woman who twice landed on Forbes magazine's list of the 50 Most Powerful Women may be a tough cookie in business, but she's a softie about her pets. Her brood includes four chow chows: Zu-Zu, Paw-Paw, Cin-Cin, and Empress Woo; and seven Himalayan cats: Teeny, Weeny, Mozart, Vivaldi, Verdi, Berlioz, and Bartok.

Edgar Allan Poe wrote essays, short stories, and long poems, most of them more than a little macabre. Poe's short story, "The Black Cat," was inspired by his own tortoiseshell cat, Catarina, who curled up in bed with the writer's wife to keep her warm while she was dying of tuberculosis.

Famous for his foreign diplomacy, former president Bill Clinton was even able to persuade a cat and dog to peacefully coexist in the White House. Socks the cat came with Clinton when he moved into the executive mansion in 1993. Buddy, a chocolate Labrador retriever, arrived in 1997 as a gift. Socks and Buddy achieved national fame with the publishing of Dear Socks, Dear Buddy: Kids' Letters to the First Pets, by Hillary Rodham Clinton. Upon leaving office, Clinton gave Socks to secretary Betty Currie and took Buddy with him to New York. Sadly, Buddy was struck and killed by a car in 2002 near the Clintons' New York home.

John Lennon's mother, Julia, had a cat named Elvis (after Elvis Presley), which fostered John's own fascination with felines. Growing up in Liverpool, the Beatle-to-be had three cats: Tich, Tim, and Sam. With wife Cynthia, he had a tabby named Mimi. With May Pang, he had a white cat and a black cat -- Major and Minor. John and Yoko Ono shared their New York home with another black and white pair -- Salt and Pepper. You can check out his sketches of his cats at play in the books A Spaniard in the Works and Real Love: The Drawings for Sean.

Named World's Best Celebrity Dog Owner by the readers of The New York Dog and The Hollywood Dog magazines, Oprah Winfrey plays mommy to cocker spaniels Sophie and Solomon and golden retrievers Luke, Layla, and Gracie. The five canines live with Winfrey in a super-renovated condo (formerly four separate units) in Chicago, where the talk show host has defended her pets against noise complaints and the building's pesky one-pet-per-unit rule. Oprah also gets props from pet lovers for introducing her audience to Cesar Millan, aka "The Dog Whisperer," and his revolutionary dog-training methods.

What a difference a year makes. Back in 2004, when Jessica Simpson and Nick Lachey were happily married and starring in the MTV reality series The Newlyweds, they acquired Daisy, a Maltipoo (Maltese-poodle). The dog's every scratch, sniff, and wag were dutifully recorded by the ever-present cameras: Daisy being toted around in Jessica's handbag, Daisy on the Dukes of Hazzard set, Daisy accompanying Jess to the tanning salon. In 2005, Nick and Jessica split up, but Daisy remains a loyal, yet slightly less photographed, companion to the blonde bombshell.

Dogs in the White House are nothing out of the ordinary, but a dog at the signing of a war declaration? That would be Fala, Franklin Roosevelt's black Scottish terrier, who was a constant companion to the president -- even in December 1941 when the nation entered World War II. In 1944, Fala traveled with the president to the Aleutian Islands, a trip that would live on in presidential infamy. Rumors swirled that Fala was somehow left behind, and Roosevelt sent a destroyer back for him, costing taxpayers millions of dollars. FDR answered critics with the famous "Fala speech" on September 23, 1944, in which he vehemently denied the rumors.

Call her the anti-Oprah: Britney Spears was named World's Worst Celebrity Dog Owner in the same poll by the readers of The New York Dog and The Hollywood Dog magazines. In 2004, Brit was the proud owner of three Chihuahuas: Lacy, Lucky, and Bit-Bit. But one K-Fed and two kids later, and the pop diva appears to be dogless. Apparently she gave them away to friends.

George Clooney may be an eternal bachelor, but the two-time winner of People magazine's Sexiest Man Alive had no trouble committing to Max, the beloved potbellied pig he owned for 18 years. The Oscar-winning actor received Max in 1989 as a gift and often brought the 300-pound porker to movie sets with him. When Max died of natural causes in December 2006, Clooney told USA Today that he didn't plan to replace his porcine companion.

The best man at Adam Sandler's 2003 wedding was not a man at all, but an English bulldog named Meatball, dressed appropriately in a tux and yarmulke. Sandler, the comedian known for his goofball roles in films such as Happy Gilmore and Billy Madison, originally worked with Meatball's dad, Mr. Beefy, in the 2000 film Little Nicky. Sandler doted on Meatball, going so far as to film a comedy short with the pooch titled A Day with the Meatball, about a typical day in the dog's life. Meatball died of a heart attack at age four, but Sandler and his wife, Jackie, continue to enjoy the company of their other bulldog, Matzoball.

A pregnant Tori Spelling caused a bit of a tabloid frenzy in December 2006 when she was photographed in Beverly Hills pushing her famous pug, Mimi La Rue, in a baby stroller. But kindness to animals comes naturally to the Beverly Hills 90210 star and daughter of late TV producer Aaron Spelling. Tori helps run Much Love, an animal rescue foundation that finds families for homeless pets. While Tori purchased Mimi La Rue from a pet store seven years ago, she adopted her other dog, Leah, a wire-haired terrier mix, from Much Love. She also has two cats, Madison and Laurel.

Paris Hilton's best friends change about as frequently as the weather, but she's held on to her Chihuahua Tinkerbell since 2002. Tinkerbell achieved fame through her costarring role in all four seasons of The Simple Life and her memoir entitled The Tinkerbell Hilton Diaries. Tinkerbell went missing briefly in 2004 after Paris' apartment was burglarized, but the hotel heiress ponied up a $5,000 reward and the dog was soon returned. For a brief spell, Tinkerbell took a backseat to a pet kinkajou, Baby Luv, until the exotic animal bit Paris on the arm, sending the starlet to the emergency room in August 2006. The kinkajou hasn't been spotted publicly with Paris since.