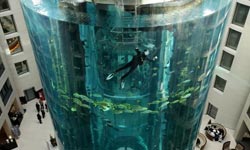 A diver cleans the glass of the 25 meters (82 feet)-tall AquaDom in the lobby of the Radisson SAS Hotel in Berlin. The aquarium contains about 1,500 fish. Fortunately, cleaning your personal fish tank won't involve getting a dive mask on.
Sean Gallup/Getty Images

Man's best friend may be looking less like a pup and more like a fish. A recent survey from the American Pet Products Association revealed that more than 170 million freshwater fish are currently kept as pets in U.S. households. To put that into perspective, it's a number that far surpasses other types of pets featured in the survey, including cats (93.6 million), dogs (77.5 million), birds (15 million), and reptiles (13.6 million).

Perhaps the possible health benefits are part of the draw, as some studies have suggested the presence of an aquarium can be soothing to the point of actually lowering your blood pressure. Even if you don't buy that, fish are certainly easier to maintain than some other pets since they don't need to be walked or bathed.

Of course, fish are by no means maintenance-free. You do need to keep their aquatic surroundings clean, but not completely sterile, which can be even more harmful to your fish. This is because you run the risk of removing beneficial microorganisms such as nitrifying bacteria which help break down ammonia present in fish waste. This ammonia can become lethal if left intact, so a little "dirt" is a good thing.

What's the best way to make sure your tank is safe and sound for your fish? Let's take a look at the key steps for keeping your aquarium in check without going overboard.

Give Gravel a Good Scrub 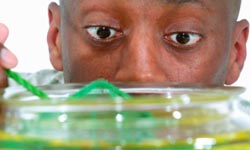 Use a skimmer to get rid of fish waste and food debris.
Brand X Pictures/Thinkstock

If you use gravel in your tank (as many fish owners do), give it a weekly cleaning to eradicate fish waste, excess food, and other debris. However, there's no need to shut down or completely dismantle your tank in order to do so. The easiest way to clean gravel is with a vacuum made specifically for this process that can be purchased at your local pet supply shop. This tool involves a large hose that is pushed into the gravel on the aquarium floor, but the flow is strong enough to temporarily lift and tumble the gravel, which releases the more offending particles from the mix before returning it to its original resting place.

While we're on the topic of tools, other basics to add to your checklist include an algae scraper, de-chlorinating drops, and a skimmer net.

In tandem with gravel cleaning, it's important to siphon and replace around 10 to15 percent of total water from the tank weekly. Most gravel vacuums act as water siphons as well, so you can usually conduct both processes more or less simultaneously, saving you not only time but money, too.

In terms of replenishing what's been siphoned out, the most important rule to remember is that new water must first be de-chlorinated before refilling the tank. This is necessary in order to avoid destroying nitrifying bacteria or damaging the fish themselves. The process can be easily achieved by adding special drops (available from most pet stores) to the H20 before adding it back in to the tank. Also, when refilling, be sure to leave some space between the water line and top of the tank for oxygen exchange.

Keeping the aquarium glass clean both inside and out is also important, not just for aesthetic purposes, but also to keep algae under control. First, scrub inside glass with an algae scraper (you might want to do this before the water replacement process to avoid releasing algae gunk into the fresh supply). Then, for the outside glass, apply some vinegar to a paper towel, and wipe the surface. Avoid commercial cleaners as they can be harmful to fish if accidentally mixed in with the water source.

Tidy Up your Tank Accessories 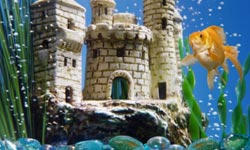 If you've outfitted your tank with decorative items such as artificial plants, faux treasure chests, or large rocks, again, you'll want to forgo using any commercial products or chemicals on these items so as not to introduce traces of potentially harmful elements back into the aquatic environment. Remove accessories carefully, and then gently scrub with a toothbrush to remove algae.

Most tanks are outfitted with one or more filters, which are meant to collect waste, though they do not fully remove it. Each tank is set up a bit differently, some with disposable filters which can be tossed and replaced (usually on a monthly schedule), while others use permanent ones. If your filter uses multiple disposable cartridges, alternate changing them out so you're not introducing a slew of entirely new filters into your system at once, and removing all the beneficial bacteria. For those with tanks that use permanent cartridges, rinse them in some of the siphoned-out water or de-chlorinate a batch for cleaning purposes. 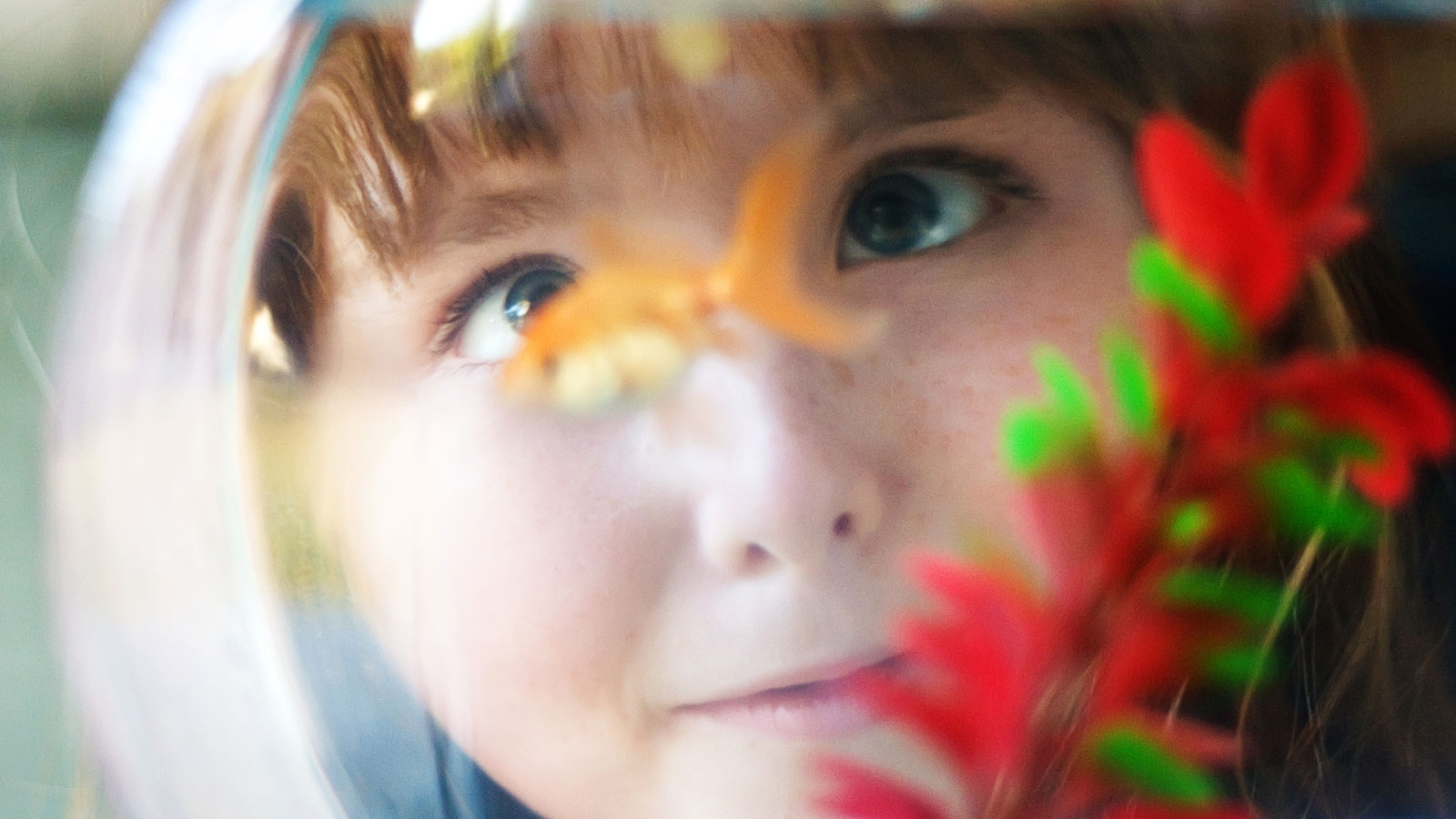 Goldfish are easy to care for, as long as you follow three basic steps. HowStuffWorks tells you what they are.