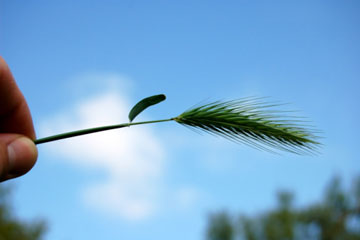 Although it looks harmless, foxtail can cause serious problems for your dog
iStockphoto/Thinkstock

It seems innocent enough -- a tall, slender grass topped with a spiky bristle that looks like wheatgrass. Foxtail grows in vacant lots, along the edges of lawns as weeds, and in the wild in big, open fields. There are different varieties that grow all around the United States. The microscopic bristles get caught very easily in your sock or in a dog's coat, often while you're out hiking. The barbed ends can pierce your pet's skin, working their way further and further in as the dog moves. The rest of the grass can fall away, but the bristle isn't coming out by itself.

Foxtails are often found between a dog's toes, in his ear canal or even up his nose. If you don't notice right away that your dog has encountered one, signs include sneezing with blood, head-tilting and ear-rubbing, or a seeping wound in his paws. Foxtails are the most common type of embedded foreign body to be taken out of dogs in the United States. Obviously, dogs who spend a lot of time outside -- especially sporting or working dogs -- are the most likely to tangle with a foxtail.

Embedded foxtails are very painful to your dog and cause bleeding, but of even more concern is the fact that bacteria are often carried into the wound with the spike -- and into the body as far as the spikes burrow. Foxtails can pierce the ear canal and have been found in the lungs, stomachs and small intestines of dogs. They can even penetrate through the brain. Related infections can be very serious, particularly those that occur in the chest, and can even lead to death if left untreated.

The best remedy for foxtails is to avoid them completely. If you notice them in your yard, remove them or use a weed killer. Be sure to inspect your dog's coat thoroughly after hiking, including between his toes. If you find even the smallest sliver, remove it as soon as possible to prevent it from moving deeper into his coat.

If your pup has snagged a foxtail and you can't remove it easily, take him to the vet. The longer you wait, the deeper it can penetrate, so don't hesitate. Your vet may need to remove the foxtail surgically and might prescribe antibiotics to avoid any infection. 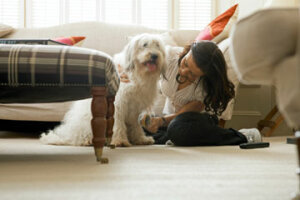 Home Remedies for Dogs With Fleas 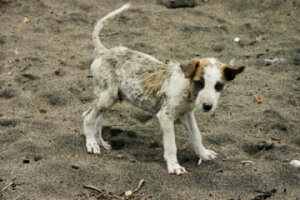