How to Clicker-train a Dog 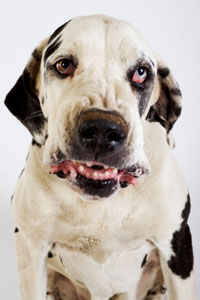 It's a common misconception that hostile dogs can't be trained using the clicker method. This is only partially true. "There are many causes for aggressive behavior in dogs, but dogs with fear-based aggression shouldn't be trained using a clicker," says Freedman. "This is even more critical when it comes to dogs who are fearful of loud noises." Because a clicker makes a loud, sudden sound, your dog may see this as a threat rather than a signal.

However, other types of aggressive behavior can be stymied by clicker training, but don't be discouraged if your efforts at rehabilitation don't see immediate results. Aggressive dogs often have to re-learn how to react to the world around them, and Fienberg stresses that, "A month or two of hard work will really pay off. With constant positive reinforcement, you are creating a bond that will last for the rest of the dog's life."

When he was first rescued, Leo's prospects weren't bright. As a trained fighter and killer, he knew little of love and even less about obedience. But after five weeks of intensive rehabilitation (which included clicker training), Leo was transformed into a sweet, lovable pooch who enjoys being around people. Instead of fighting for his life, he now works as a therapy dog and wears a colorful clown collar while visiting cancer patients at the Camino Infusion Center in Mountain View, Calif. Leo is warm and gentle, and he brings joy and hope to those battling cancer. But none of it would have been possible without love, dedication and clicker training [source: McClay, MSNBC]. 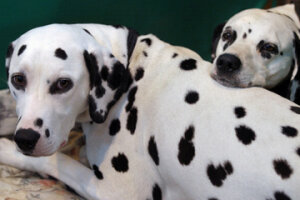 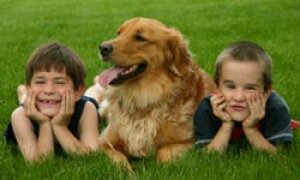