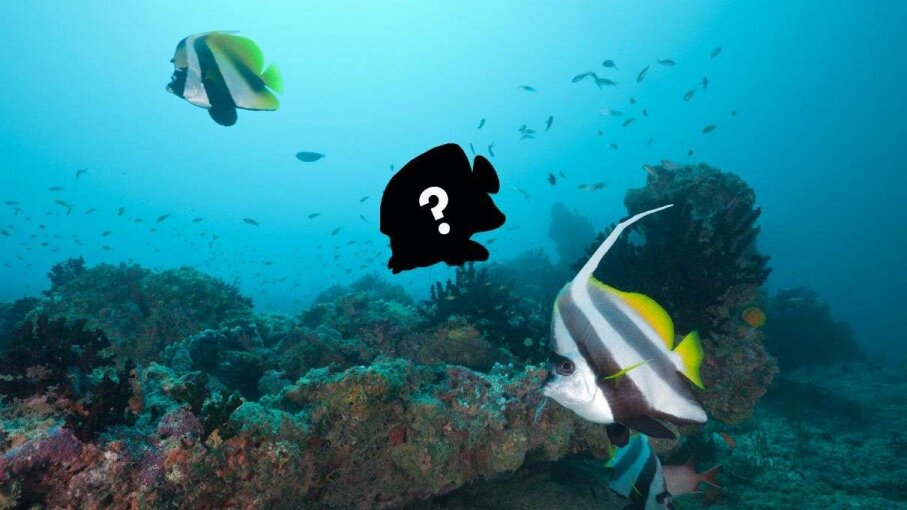 An official picture of the new butterflyfish species hasn't been released yet. That'll come after Luiz Rocha, an ichthyologist at the California Academy of Sciences, has a chance to publish his findings in July. Reinhard Dirscherl/ullstein bild via Getty Images

A lot of us harbor secret fantasies that we stand out from the crowd. We'll be "discovered" as a diamond in the rough when some Big Deal spies our quiet intelligence. Our exotic good looks. The little bit of white on our fin, and the strange scales that cover our body.

One humble fish got its Hollywood moment when a scientist at the California Academy of Sciences took a closer look at it while the fish was on display at the academy's Steinhart Aquarium.

Luiz Rocha, an ichthyologist at the academy, had collected the fish during an expedition to the Philippines. It looked like a butterflyfish that the aquarium already had, but Rocha decided to take it for display anyway. It was only later — when Rocha stopped by the display and saw the new fish hanging with its pals — that he realized this fish was not like the others.

It was the bottom fin, painted with a small amount of white, and an unusual number of fin rays and scales that confirmed his suspicion. This particular butterflyfish represented a new species, stealthily disguised. And when Rocha realized he needed a specimen if he was going to publish, he went back in the academy's archives and realized that a (deceased) fish in the collection also fit the new profile, allowing our diamond in the rough to keep happily swimming and receiving visitors.

The scientists at the academy are sequencing the DNA of the fish, and publishing the results, a description and a picture of the new discovery this summer. We're curious to find out what they'll name this new species. Stay tuned.

Now That's Cool
The new butterflyfish was found in a mesophotic coral system, where the light is dim and many undiscovered species live. Scientists are just beginning to effectively explore these mysterious habitats.