Browse the article When Can Your Four-legged Friend Be Your Plus-One? 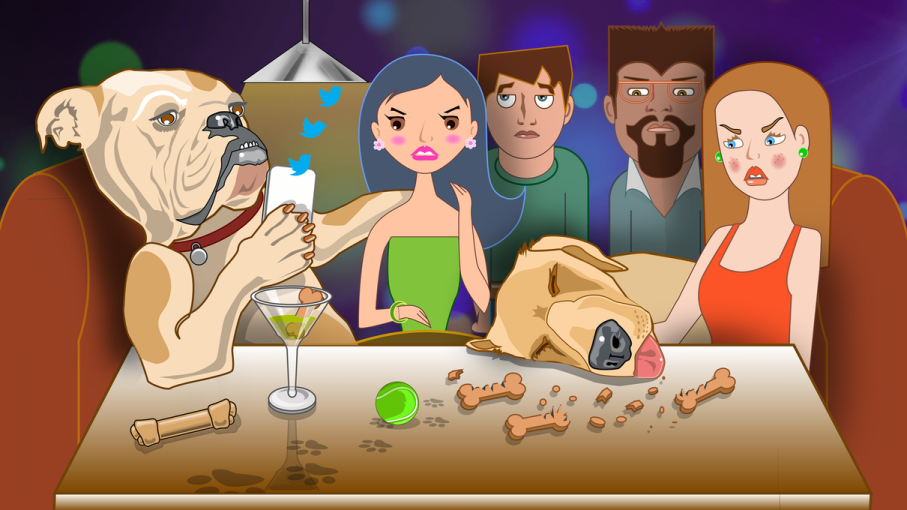 When Can Your Four-Legged Friend Be Your Plus-One? (c) 2016 HowStuffWorks

Picture the event: A professional conference full of people networking. Oh, and one dog. And not a service animal either. "This was a very old and sick pet dog — in such bad shape it was breathing in this raspy way the entire time, making it really uncomfortable for anyone in earshot to pay attention to the keynote address,” says Atlanta-based event planner Heather Herrig via email. “But wait, it gets better. The dog had a Twitter handle and tweeted about the conference the whole time. Wow.”

With many people treating their pets more like children and less like animals, there is a growing trend of taking them to places that would have been unthinkable a decade ago. A 2009 AP poll showed that half of all American pet owners considered their pet as much a part of the family as any other person (Another 36 percent said the pet was part of the family but not a full member.) Perhaps it's people from the first group who bring Fido along to social events, even when he hasn't been explicitly invited.

Nevada designer Casey D. Sibley is a huge canine champion and “dog mom” to two, but has witnessed one too many ill-behaved pups to bring her own to a social setting.

“I'm always kind of appalled at how oblivious some of the dog owners are when their dog is out of control (one couple's dog is a serial humper, and one dog was once sick and leaving a trail of excrement all over the back patio where the party was)," she says via email. "Yet they continue to bring their dogs to all the social gatherings ... To me, it's a lot like bringing children. Some of them are very well behaved and a joy to be around; others tend to take away from the party experience. And many times, there's not even an invitation to bring the dogs; people just do it.”

Chelsea Lauren/WireImage/Getty Images
Lisa Vanderpump and her dog Giggy arrive at 'The Real Housewives Of Beverly Hills' and 'Vanderpump Rules' premiere party in 2013.

Etiquette expert Diane Gottsman supports Sibley's opinions on when to bring your pet to a shindig.

“The only time it is appropriate is when the invitation clearly states the pet is part of the guest list. For example, attending a fundraiser that supports animals, or a pet style show,” the founder of The Protocol School of Texas explains in an email. “If the invitation doesn't have the pet's name on the reply card, do not ask. You can assume the pet is not part of the guest list and asking for permission puts the host on the spot, and in an awkward position.”

So the fancy event is out, but what about a get-together at a cousin's house? Why wouldn't your well-behaved dog be welcome?

“You don't know what guests or family members suffer from allergies,” she says. “Not to mention there are some people that may not be as much of a pet lover as you.”

Even if the event is dog-friendly (it's mainly dogs who go out — anyone tried taking a cat?), there are some things to consider before you bring along your four-legged plus-one. Dog nutrition blogger Kimberly Gauthier, who owns four dogs, says she gets plenty of invites for her canine companions.

”One of my dogs, Rodrigo, is used to going to social events with me," she emails. "He can be trusted to be well-mannered at events as long as I take a few things into consideration."

Gauthier says if the event is going to be very crowded, she won't take her dogs along as this gets them over-excited. However, "when I know the hours of an event," she says, "I'll take one of my dogs before it ends — fewer people, fewer dogs, more space to get around (no bumping into each other)."

At the party, she doesn't make a fuss over other dogs. "I need to keep an eye on how my dog is feeling, make sure his/her anxiety level is low, and know when they need a break.  It's possible to do this while being social — it just takes practice," she says. She always keeps her dog on a leash, which keeps him out of trouble and makes other guests feel more comfortable.

Good advice, but there is an even bigger issue to think about. Is it good for our pets to come out with us? Certified canine training and behavior modification specialist Andrew Horan says no. “Dogs are opportunists and will push you to the limit as long as you allow it,” he says in an email. "A dog that is babied, carried, spoiled, allowed to sleep in bed with you, etc. will more than likely develop territorial aggression, severe separation anxiety, and become a very insecure dog in general.”

Now That’s Cool
Women are more likely to allow a pet to sleep with them (70 percent, as opposed to 57 percent of men), according to a Consumer Reports survey of 1,300 pet owners.