Faced with invasive Burmese pythons that made their way to the Southern state in the 1980s, the Florida Fish and Wildlife Conservation Commission needed a solution to get rid of them. So, they turned to the Irula — tribespeople in India who catch snakes occupationally — to help with the challenge. And the nearly $70,000 investment — the amount the commission paid to fly out the tribesmen and their translators — is paying off.

Two Irula snake catchers bagged 14 snakes in just two weeks of work by simply following subtle trails through sand and reed. (Well, that and using detection dogs.) The tribe generally hunts snakes in southern India to collect antivenin for treating deadly snakebites, but its techniques are working in Florida, too — even if some of them seem unusual in American culture. Their method of singing prayers during a hunt, for instance, is probably not how the commission generally tracks the snakes. But according to the Miami Herald, the Irula are so skilled that they can identify a python's sex and the amount of time it has been in an area.

The stakes are quite high. The Everglades, where the pythons have established a home, has a whole feast of small animals — including endangered species like the Key Largo wood rat — that are defenseless against the non-native python. Not only do the enormous snakes have few predators, but they also threaten human and pet safety. Captured pythons are usually euthanized.

Last year, more than a thousand people spent a month trying to track pythons for the "Python Challenge," and only 106 snakes were turned in. That means that whatever the Irula hunters are doing is working quite nicely. And they're teaching their South Florida counterparts a few tricks.

Now That's Interesting
While "pet" owners may have released some Burmese pythons into the wild, researchers think that the invasion was at least partly caused by Hurricane Andrew in 1992. When the hurricane hit, a breeding facility housing the snakes was destroyed and the pythons escaped.

2016 Broke the Record for Stolen Data 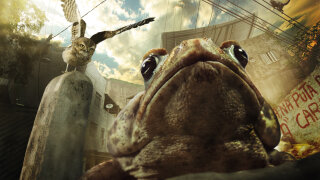 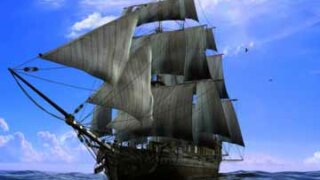 Do invasive species pollute the gene pools of other species? 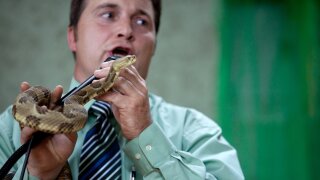