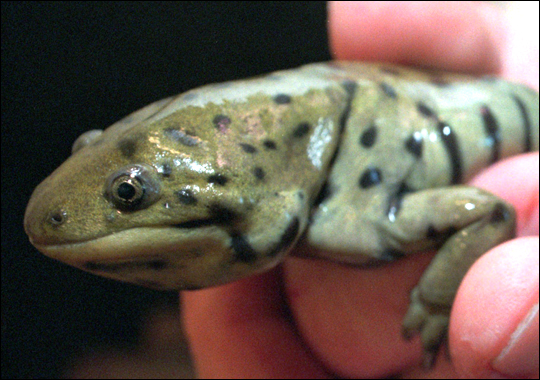 The California tiger salamander is a dark, stocky amphibian with white or yellow spots and a broad, rounded snout. It spends most of its time on land but migrates to ponds, lakes and reservoirs to breed. This species is a critical component of the California ecosystem and was once found throughout California's Central Valley and the foothills of the Coast Ranges. Habitat loss and predation by non-native species now threaten the California tiger salamander throughout its range.