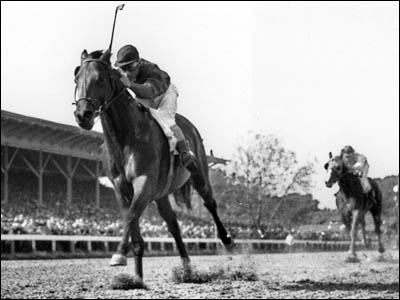 He was also a 1959 National Museum of Racing and Hall of Fame inductee, and a life-sized statue of the champion was erected in his honor at Hileah Park in Florida. Dwayne Wallace, Chairman of the Cessna Aircraft Company, was also inspired by the horse's impressive career, selecting the name "Citation" for the new business jet and even using a horse show background in the logo!