by Mark Mancini
START COUNTDOWNNEXT
Start the Countdown
Blood is red, right? In most cases, yes. But, there are animals out there whose blood comes in different colors, such as the octopus, whose blood appears blue. LOIC VENANCE/Getty Images

Red elicits strong reactions. Around the world, it is by far the most commonly-used color in national flags. It can be a major confidence-booster: Researchers have found that wearing red garments makes people feel more attractive. On the flip side, according to one 2013 study, looking at red things might cause us to experience pain more intensely. You win some, you lose some.

Maybe red wouldn't provoke our brains so much if it didn't happen to be the color of human blood. In this regard, Homo sapiens is far from unique. From timber wolves to tiger sharks, most vertebrate animals have crimson blood in their veins. This hue is produced by hemoglobin, the protein that helps our blood distribute oxygen.

In grade school, you probably learned that blood contains three types of cells. White blood cells — or leukocytes — help us fight off viruses, harmful bacteria and other pathogens. Then we've got platelets, the damage control specialists that allow our blood to clot. Last, but not least, are the red blood cells. Their main purpose in life is to carry oxygen around, though they also bring carbon dioxide to the lungs where the gas can be exhaled.

Hemoglobin lets them execute both tasks. A core ingredient in red blood cells, it binds to oxygen and carbon dioxide. Hemoglobin is partly made up of iron atoms, which give this protein — and by extension, our red blood cells — a crimson appearance. Since platelets and white blood cells are vastly outnumbered by reds, human blood itself looks red.

But the vital liquid exists on a color spectrum. Natural selection has engineered blue-blooded invertebrates, green-blooded reptiles and fish with transparent fluids in their veins. We'll get to meet some of those curious critters today. 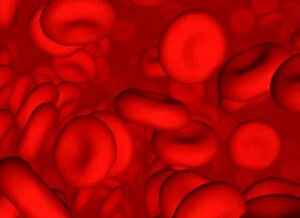 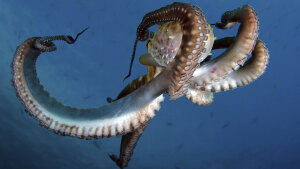