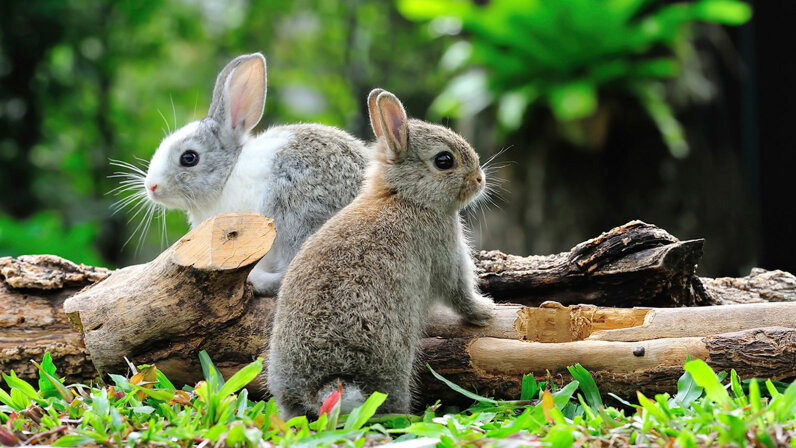 When season change, we all get a little screwy. Are rabbits any more or less crazy than the rest of us worldly creatures? Not quite. Somsak Sudthangtum/Thinkstock

When heading off to visit the Mad Hatter and March Hare in the classic 1865 Lewis Carroll tale, Alice uttered, "The March Hare will be much the most interesting, and perhaps as this is May it won't be raving mad -- at least not so mad as it was in March."

The concept of the crazy March hare dates back to at least the start of the 16th century, when the English playwright John Heywood wrote, "And be as braynles as a Marshe hare" or "brainless as a March hare" for those who aren't well-versed in Middle English [source: Heywood].

While hares and rabbits are two distinctly different creatures -- the hare is slightly larger with brown tips on his ears -- both are known for going a little wild around the start of March. Coincidentally, late February or early March also marks the start of the breeding season for these creatures, and that wild reputation is likely tied to mating rituals [source: Yarrow].

As winter comes to an end and spring approaches, the male rabbit begins his search for willing females to mate with after the long winter dry spell. When he finds a female who's willing to do the deed, they engage in a bizarre courting ritual, which can take many forms. Some rabbits show their interest by running and racing, others leap or hop and some even take to boxing or fighting [source: Pennsylvania State University].

When the deed is done, the male may stick around for a few hours before he's off in search of his next conquest. Male rabbits are polygamous, and dominant males will attempt to breed with all willing females on their turf, which could span as much as 25 acres [source: University of Maryland Cooperative Extension]. In areas with large concentrations of rabbits, that's quite a bit of courting going on. Humans who witness these rituals can easily wonder why the rabbits seem to be losing their minds, leading to the common belief that rabbits go mad at the start of spring.

Hares also do their fair share to contribute to their mad reputation; these docile looking creatures use their powerful front legs to engage one another in rough and tumble boxing matches. While animal experts once believed these matches were a result of males fighting over females, they now know that unwilling female hares box overly amorous males to make it clear that no means no.

As for Alice's mad March hare – two months into breeding season he may have had some time to sow his wild oats a bit, but anyone familiar with the story knows his madness was still going strong when Alice met up with him in May. For rabbits and hares, the wild behavior that begins in March can extend well into the autumn thanks to the relatively long breeding season.

Chippy, Sniggy and Tiggy: Cutest Goblin Spiders Ever?
This Gorgeous New Sea Slug Species Needs a Name
Will a turkey really drown if it looks up during a rainstorm?