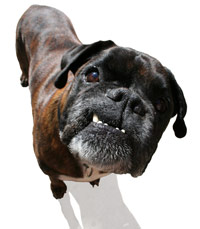 Ethology is the study of animal behavior, based in zoology. Ethologists study the evolutionary basis and development of animals' innate behaviors, like a spider knowing how to make a web without learning from a parent. They also study forms of communication (physical, chemical, visual) and social interactions between animals. Human ethology research looks at the evolutionary origins of human behavior and also compares behaviors across cultures. Other studies of animal behavior are based in psychology, focusing on things like learned behavior and teaching behaviors to animals and applying the results to humans.

One common question about animals that can be considered through the lens of ethology is whether animals have special sensing abilities. For thousands of years, stories have spread about animals sensing earthquakes. Just before the 2004 tsunami that ravaged parts of southern Asia, many animals exhibited strange behavior or ran (or flew) to higher ground. By some accounts, rescue workers found a surprisingly low number of dead animals, though there were areas where many dead animals, particularly cattle, were discovered.

Is this another case of a special "sixth sense" or supernatural ability? Some scientists propose that sophisticated hearing and the ability to detect subtle vibrations allow animals to sense earthquakes. Some also suggest that animals detect changes in the air or in electromagnetic fields. In any case, it's likely not a mysterious sense but rather one or two senses -- such as hearing and smell -- that are so highly refined that animals can hear an earthquake or smell gases released by that earthquake. Alan Rabinowitz, of the Wildlife Conservation Society, claims that humans once had this ability but lost it through evolution [Source: National Geographic]. (CBS' "60 Minutes" produced a remarkable story explaining how the seafaring Moken people used their close connection to the ocean to detect the tsunami before it happened.)

It's very difficult for scientists to pin down exactly what causes animals to flee or panic before an earthquake. Numerous such stories exist, but a reliable testing method does not. After all, animals respond to many stimuli, some of which are difficult to trace. Critics also say that people remember their pets' acting differently only because an earthquake happened, and that pets often exhibit strange behaviors with no subsequent earthquake or disaster. But the theory of animals' sensing earthquakes has gained enough ground that scientists around the world have attempted to test it, with mixed results.

Not only do some animals have highly refined senses, but many experience sophisticated emotions as well. Frans B.M. de Waal, a noted primatologist at Emory University, says that a variety of animals -- not just cats or dogs, but even rats -- feel empathy and other emotions [Source: Scientific American]. In one study, scientists injected mice with a chemical that gave them slight stomach aches. The natural behavioral response is stretching, and injected mice stretched more when placed next to injected mice than they did when placed next to non-injected mice. Male mice also showed less of a response around males that they didn't know. In other words, not only do mice show a response to the pain of others, but it matters who the other mouse is. University of Chicago neurobiologist Peggy Mason called this "a significant step toward human-like social feeling" [Source: Scientific American].

For more information about animals predicting death, ethology and related topics, please check out the links below.