by David Kelley
NEXT PAGE 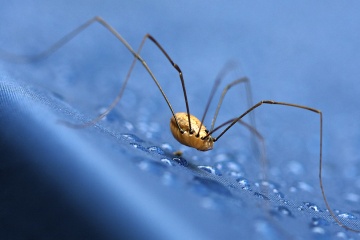 Daddy longlegs are known for looking a little goofy and being mostly harmless, however their venom is known by some to pack a punch.
Jarrod Erbe/Thinkstock

A lot of us were taught to be kind to daddy longlegs. The gangly spiders that hung out around the house and seemed to mind their own business didn't do much to warrant shrieking or stomping on, in general. But others heard a much more pernicious tale: Daddy longlegs actually possess powerful venom. Often, it was said that the only thing stopping them from killing us all in our sleep was that their short little fangs couldn't properly puncture skin. Seem unbelievable?

First, let's work on getting our "daddy longlegs" straight. It turns out that the patriarchy isn't as clearly defined as we thought; we call a couple of different spiders by the familiar name of daddy longlegs, and -- surprise -- some of them aren't even technically spiders.

Here's the deal: There are two fairly common types of long-limbed creatures we call daddy longlegs. Weirdly, the scampering thing that is most "correctly" called a daddy longlegs isn't even an arachnid. Instead, it's of the Opiliones order. (They're also commonly called harvestmen, just to make things more complicated.)

You're totally forgiven for thinking that harvestmen are spiders; superficially, they resemble them quite a bit. They have the requisite eight legs, for one, which is quite sneaky for an arachnid imposter.

But they lack some of the characteristics that make spiders, well, spidey. One, they don't have any silk glands, so they're not spinning any webs to trap prey. More important, they don't have venom. Period. So if this brand of daddy longlegs were to give you a chomp, all you'd get is an ineffectual nip [source: Richardson].

We're not done yet, though. People also commonly call cellar spiders (of the family Pholcidae) daddy longlegs, and those are arachnids. That means they do indeed have venom. This is probably what the spider people are thinking of when it comes to the myth, because they're pretty easy to find in the dark corners of your house [source: UCR].

Myth, however, it is. There's no recorded incident of a cellar spider biting a human and causing a reaction, and there aren't even studies about the toxicity of their venom on mammalian subjects. So any claim that their venom is especially poisonous is patently false [source: UCR].

Further, there's that whole other rumor that cellar spiders' fangs are so short that they couldn't deliver their deadly poison to humans if they tried. They do have short fangs -- but so do brown recluse spiders, which are perfectly capable of biting humans. However, it's possible there's some musculature reason that cellar spiders would have a harder time penetrating, but it's just that: a possibility. So far, there's no scientific basis to make it credible [source: UCR]. 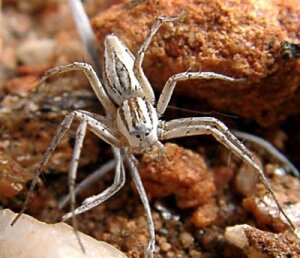 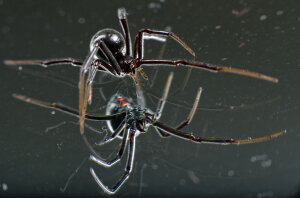 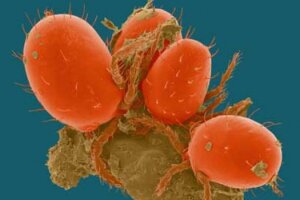