by Karen Kirkpatrick Nov 12, 2015
The panda named Bao Bao in 2014 in Washington, D.C. The giant panda is classified as an endangered species due to its shrinking population. Mandel Ngan/Getty Images

The social media world was abuzz this summer over the illegal killing of Cecil, a 13-year-old male lion popular with tourists in Zimbabwe's Hwange National Park. But did that outrage translate into more dollars for conservation organizations? Has it helped save other animals or species? Social media activism often gets derided for having little real-world impact.

Long (well, long in terms of social media) before Cecil's death, wildlife organizations were online raising awareness, soliciting donations and stirring up the faithful. As early as 2010, conservationists and other scientists were waking up to the idea that while social media offered one more avenue for bringing information to the public, new ways of communicating via online outlets would need to be developed if they wanted to generate action: photos, blog posts, videos and other shareable communication.

One international organization that has embraced social media is the Wildlife Conservation Society (WCS). "Cecil was the stand-out social media event this year in the conservation space, drawing awareness to complicated issues around species conservation and wildlife trafficking," says John Calvelli, executive vice president of public affairs for WCS and director of its 96 Elephants Campaign, via email. "The outpouring of support for Cecil and other thousands of endangered species that die every day is directly tied to our mission to save wildlife and wild places. In a broad sense, we are pleased to see so many millions concerned for the welfare of wildlife and certainly this has contributed positively to conversations about poaching."

The anger over Cecil's death may have helped WCS raise awareness for its 96 Elephants Campaign, which has the goal of ending the practice of poaching elephants in Africa. "The death of Cecil took place just before World Elephant Day on Aug. 12. This is one of the key awareness-building events for the plight of elephants," Calvelli says. "This year's event was a tremendous success in terms of achieving that goal. For example, our social media impressions surpassed last year with more than three times the volume and impressions, rising from 100,000 mentions and 300 million impressions in 2014 to 374,000 mentions and 1.6 billion impressions."

Social media mentions and impressions are great, but what about actually saving a species? The truth is, endangered species continue to struggle for a safe place to live on this rock. Rhino hunting is up in South Africa and elephant poaching remains at unsustainable levels, just to name a couple of examples.

In fact, over the lifespan of just two human generations, half of the world's wildlife has disappeared, according to the World Wildlife Fund. That means now is the time to embrace social media – and any other information outlet – to get the word out about conservation. The WWF has seen an increase in donations from $244 million in 2010 to $266 million in 2014. The organization also provides social media resources for individuals to create their own fundraising initiatives; the Panda Nation campaign is one customizable fundraising tool, for instance.

The WWF supports raising awareness – the first step in fixing any problem. For example, look at the results of an international online poll sponsored by ARKive that named the kakapo, an extremely rare and relatively unknown ground-dwelling bird, as the most beloved species in the world.

Other animal-specific photo-sharing sites are also helping scientists chronicle the travels of different species. EBird and iNaturalist are sites where animal enthusiasts post photos and locations of animals. Scientists monitor the sites to see which animals are traveling out of their comfort zones and how they can be better protected in their new environments.

Given all the back and forth, what's the bottom line on social media and social media stars when it comes to helping endangered species? "When Cecil died, we certainly saw the outpouring of support as a positive sign that the public cares deeply about the same issues we are working to solve every day, like poaching and wildlife trafficking," Calvelli says, though it's too early to see a direct increase in contributions post-Cecil. "We continue to listen to the public and tailor our approach to the issues that matter most to them." 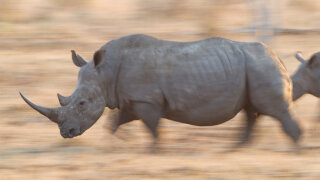 Do rhinos really stomp out fires? 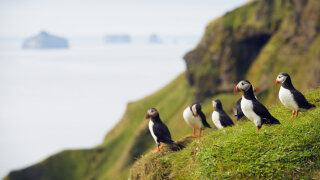