Everyone's been waiting on pins and probes for the alien invasion to happen, but what if it already did, millions of years ago? OK, that's highly unlikely, but it's still a cool explanation for why Oregon State University (OSU) scientists recently discovered a 100 million-year-old insect with decidedly extraterrestrial-seeming characteristics.

The insect's physical appearance and characteristics so defy buggy norms that the discovery of this species has inspired the creation of its very own scientific order. For perspective, orders are established very rarely. In fact, the previously known 1 million or so species of insects fall into a mere 31 orders. Now, this species will be all by its lonesome in the 32nd order.

Two specimens preserved in Burmese amber were found in the Hukawng Valley mines of Myanmar, and now belong to the species Aethiocarenus burmanicus. The newly created order was dubbed Aethiocarenodea. The species is considered extinct, possibly due to loss of ideal habitat. The researchers think this tiny wingless insect lived in the narrow openings inside the barks of trees and fed on mites, worms or fungi, while dinosaurs ambled by.

The discovery of the insect could bring new meaning to the term "creepy-crawlies," however. The insect is trademarked by a head shaped like an upside down isosceles triangle, which in stark contrast to previously known insects, has the vertex (highest point of an insect) located at the neck's base and hypotenuse at the top.

"While insects with triangular-shaped heads are common today, the hypotenuse of the triangle is always located at the base of the head and attached to the neck, with the vertex at the apex of the head," the researchers note in the study. The ancient design would have allowed the insect to see almost 180 degrees if it turned its head sideways.

"Other features of the fossil are the long narrow, flat body, long slender legs, especially the hind pair that are twice the length of the abdomen, lack of wings, protruding eyes, paired ocelli [bumps on the head that detect light and movement], secretory glands located on the dorsum [back] of the neck and swollen abdomen bearing paired segmented cerci [appendages on the rear]," they write.

Thanks to common sci-fi imagery, the discovery of the insect was a very deja vu experience. "The strangest thing about this insect is that the head looked so much like the way aliens are often portrayed," says lead study author and OSU emeritus professor of entomology George Poinar Jr. in a press release. "With its long neck, big eyes and strange oblong head, I thought it resembled E.T. I even made a Halloween mask that resembled the head of this insect. But when I wore the mask when trick-or-treaters came by, it scared the little kids so much I took it off."

A. burmanicus isn't the only alien-esque creature out there. Actual aliens have nothing on this squid with teeth and this sea pig. 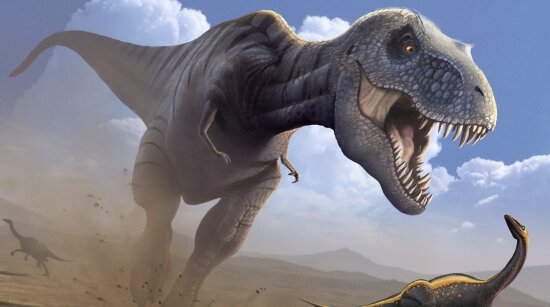 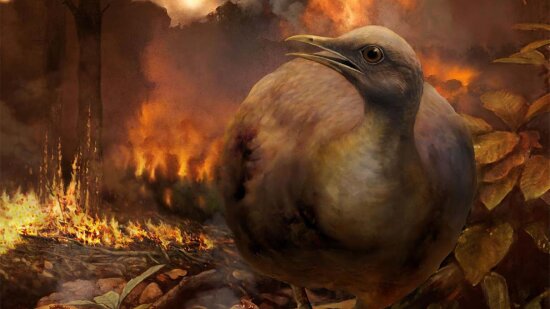 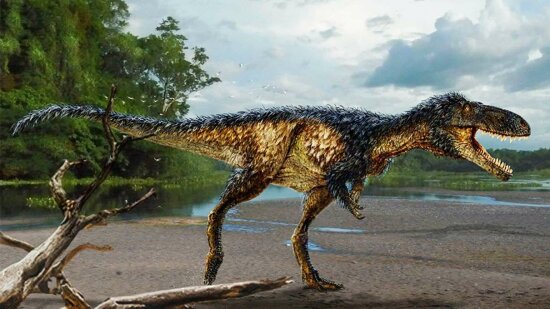