Want a good scare? Check out these pictures of the biggest bugs on our planet! 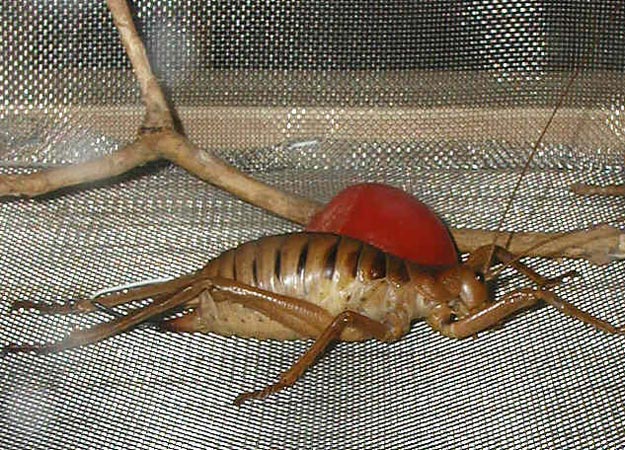 Appreciation for nature is easy when it comes to the cute, the little, the non-threatening creatures...but what about the massive insects and arachnids on these pages, many of which are endangered or threatened: How would you feel facing down a spider the size of a dinner plate or an 8-inch-long beetle? Giant Weta New Zealand's giant weta gets its name from the Maori word for "god of bad looks" -- and it's not hard to see why. The giant weta could hardly be called pretty but it has a fascinating history: Scientists believe this species shared its land with dinosaurs, and had no local predators until European settlers introduced rats to the island. Though there are more than 70 weta species on the island, 16 of them are endangered or threatened, and the country's Department of Conservation is hard at work trying to save them. The giant weta is one of the world's heaviest insects: They can grow as long as three inches and weigh up to 1.5 ounces -- check out the tomato in the background for a size comparison. 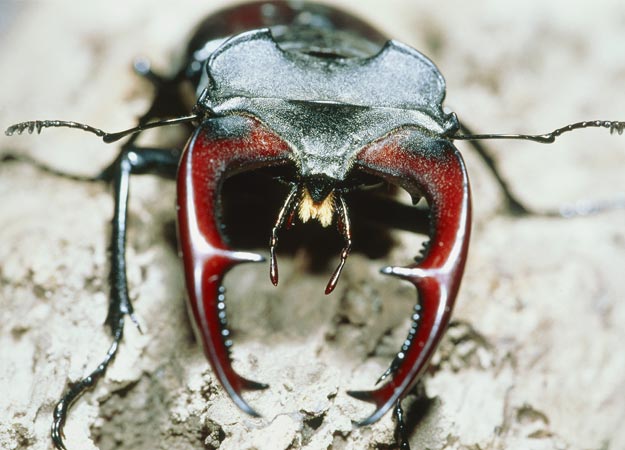 Stag Beetle The three-inch-long male stag beetle may be most easily recognized by its spiky front antlers -- also known as mandibles -- which are a key part of courtship rituals and wrestling matches; you'd have more to fear from the slightly smaller females, though, which don't have the giant spikes but do have a more fearsome bite. The beetles thrive on dead wood, but its numbers appear to be dwindling: Researchers point to the long maturation time -- 4 years from larvae to adult -- and "the over-zealous tidying of dead timber and stumps," according to ARKive. 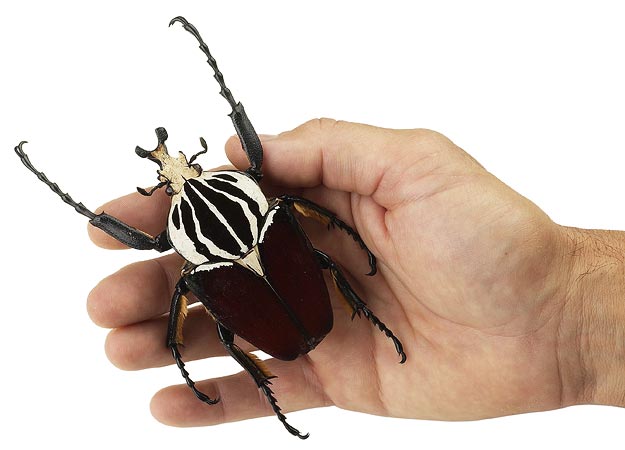 Goliath Beetle It's hard to get a real sense of how massive the Goliath beetle is from this picture, although the smaller bugs around it can help with the scale. These beetles are just one member of the 30,000-strong scarab family, which has roamed the Earth for 300 million years, and reportedly holds the record for world's heaviest insect: One topped out at 4.5 inches long and 3.5 ounces. 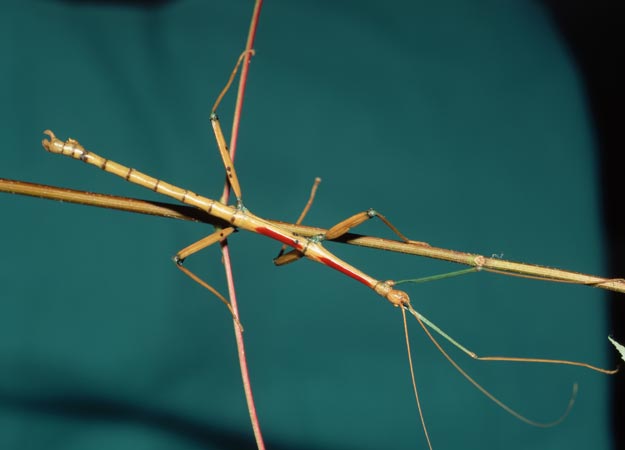 Giant Walking Stick Not all giant bugs are outfitted with terrifyingly sharp jaws and a suit of external armor: The giant walking stick looks practically dainty next to these plus-sized beetles. Or at least, it would look that way if you could spot it -- these insects are some of the most successful hiders in the world, with bodies that very closely match the trees and branches where they live. Female walking sticks are often larger than the males, and have been known to reach as long as 21 inches when measured from toe to toe. You'll find them almost worldwide, in tropical regions and some temperate zones, where they take shelter under plants during the day and feast on leaves at night. 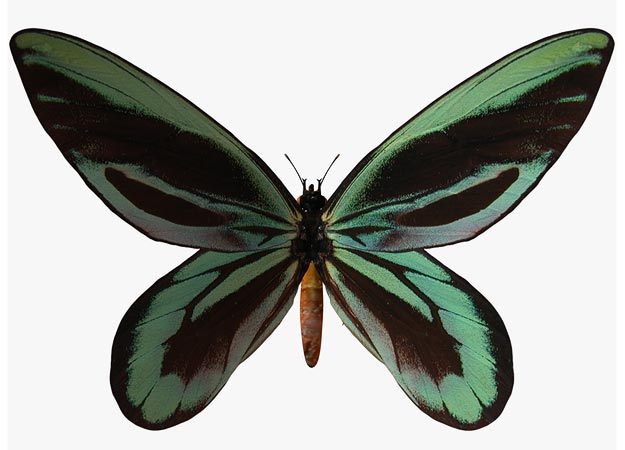 Queen Alexandra Birdwing Butterfly When it comes to insects, butterflies are the kind many find beautiful on a grand scale -- which is a good thing for the Queen Alexandra Birdwing, because their wingspan can reach as much as one foot across. The brightly colored males and more subdued females are found in rainforests and are native to New Guinea, but habitat destruction has left them endangered. Their diet -- they thrive on pipeline plant, which is poisonous to most other creatures -- adds to their allure. 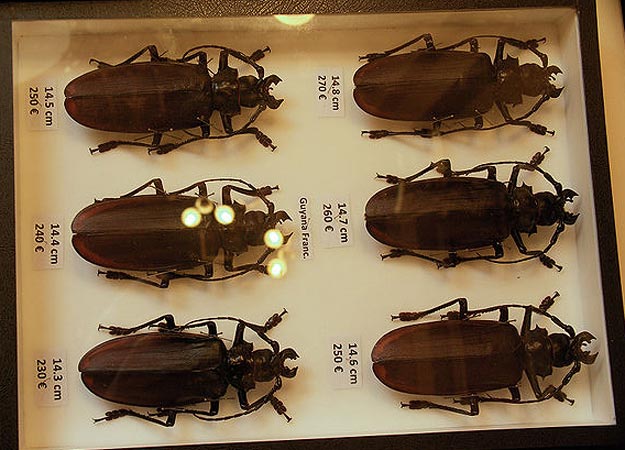 Titan Beetle The Latin name of this beetle pretty much says it all: Titanus giganteus. Not only is it big for a beetle -- it's the most massive member of its species, longhorn beetles, and the longest beetle found so far in the Amazon rainforest -- it's just plain huge, with adults reaching as long as 8 inches in length. That's longer than some Chihuahuas, the Natural History Museum points out, to put this length in perspective. Wikipedia claims that the larvae of the titan beetle have never been seen in person, but that "boreholes thought to be created by titan beetle larvae seem to fit a grub over two inches wide and perhaps as much as one foot long." 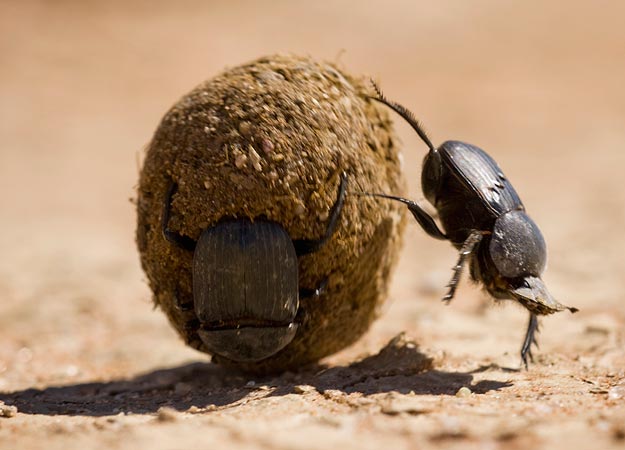 Dung Beetle Though the dung beetle doesn't have the size advantage of some of the other beetles and bugs on this list, it overpowers them in one key weigh: It's gifted with Hulk-type strength. While larger animals can carry more weight overall, they can't carry as much proportional weight; the dung beetle can move items with a mass that's 1,141 times heavier than itself. (To borrow an example, this would the equivalent of a human pulling 180,000 pounds, or "six full double-decker buses"). But why are they so strong? Researchers explained that males need to be tough enough to fight off rivals who would try to pull them out of the holes they go into in order to mate with females. 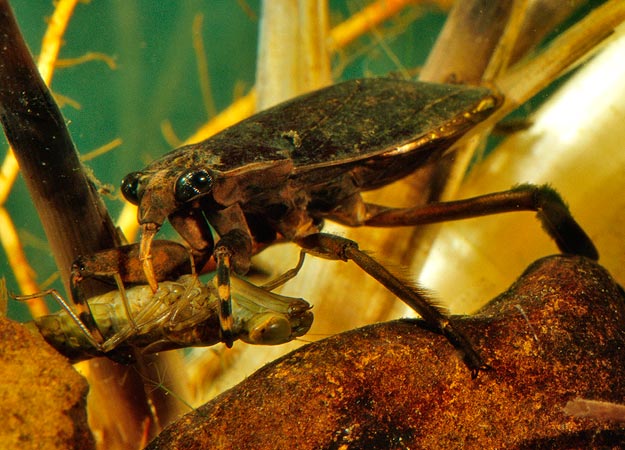 Giant Water Bug It's not unusual for water bugs to be mistaken for cockroaches -- but at four inches long, the giant water bugs are noticeably bigger. These bugs thrive near slow-moving water where they can eat tadpoles and small fish (and survive on crickets when in captivity). The small, round sacs on the back of this male water bug are eggs; the female water bug lays them on his back, secreting a gluey liquid to attach them, and the male carries them until they hatch. 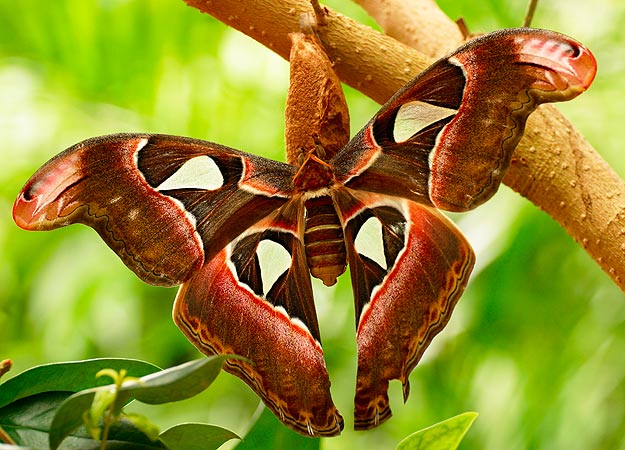 Atlas Moth The Atlas moth, so called for either the mythological Greek giant of the same name or the wing patterns that look like maps, has the biggest wing surface of the moth family (many have more than 62 square inches of wing, though they don't have the widest wingspan). The Atlas lives primarily in Southeast Asia, where residents rely on its silk. Instead of spinning one endless strand, the moth's silk comes out in broken pieces, but it's also considered a sturdier substance. 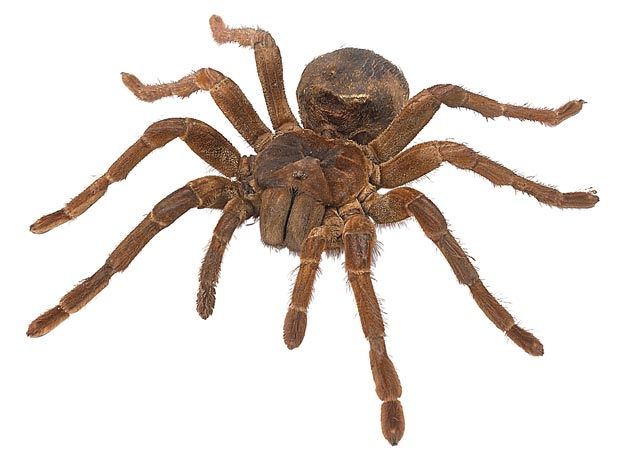 Goliath Bird-Eating Spider We'll expand the category of "bug" to include this massive arachnid, the Goliath bird-eating spider, which -- though it's the size of a dinner plate -- is relatively harmless to humans. But it's not so harmless if you're a frog, lizard, small snake, or -- yes -- baby bird: The toothless spider incapacitates its victim by using the venom in its fangs, and then spits digestive juices onto the prey so that it can "slurp up its meal," says Extreme Science. "All that's left when the spider has finished its meal is bones, skin, fur, and/or feathers." More astounding Animal Planet pictures