Botflies Are Nasty Parasites That Get Under Your Skin

The horse botfly (Gasterophilus intestinalis), which looks a lot like a bumblebee, is most active during the summer. JanetGraham/Flickr/(CC BY 2.0)

Parasites are fascinating — if you can overcome the "yuck" factor. Did you know that a beef tapeworm can grow to lengths of 82 feet (25 meters)? Or that the spike-covered parasite Pomphorhynchus laevis was the inspiration for a new kind of surgical microneedle patch? Remarkable.

Even so, you might want to steer clear of botflies. These insects shack up inside mammalian hosts during their larval stage. One variety called Dermatobia hominis, or the "human botfly," specifically targets people, although it's not the only species that'll use our bodies as day care centers.

Removing botfly larvae is a job best left to the professionals. You might be surprised by some of the tools people use to evict these things.

Experts classify botflies as "true flies," which means they belong to the insect order Diptera. In Greek that name translates to "two wings." Several Dipterans are flightless, but those who take to the skies only have a single pair of wings at their disposal. (Contrast this with four-winged butterflies and grasshoppers.)

Around 160 botfly species are distributed across the globe; most reside in the Western Hemisphere. They tend to be specialists. For example, the rhinoceros botfly — Africa's biggest fly species — singles out white and black rhinos as future hosts for its offspring. Other botflies have evolved to go after horses, camels, cattle, reindeer and assorted rodents.

Usually, adult botflies stay close to their traditional host species. But larvae can make do with alternative hosts if need be. It's just prone to end badly, for one party or another.

Take the North American woodrat botfly. Normally this creature deposits its larvae in indigenous pack rats and eastern woodrats. Yet of late, the botfly has started to infect roof rats — which were brought over by human settlers. Biologists have found that the insect's offspring cause way more tissue damage when they grow up inside roof rats as opposed to a native species.

Before any larvae can hatch out, the eggs must be laid in the right spot. The ideal nesting site varies from species to species.

Horse botflies affix fresh eggs to strands of hair on passing equines. When a hoofed host licks them off, the larvae hatch out and make themselves right at home inside the horse's mouth. From there, they'll enter the stomach. Clinging to the gastrointestinal tract, the parasites slowly mature into pupae, which leave through the anus, bury themselves in soil (or poop) and metamorphose into adult flies. (We apologize if you're reading this at lunchtime.)

Other botflies are less direct. Rodent-targeting species like to plop their eggs in the dens or nests of would-be hosts. And then we've got the shortcutters. The eggs of a sheep botfly aren't laid — they hatch inside their own mother's body. Once that's over, the mama insect plants her little ones on a sheep's nose to fend for themselves.

Native to Central and South America, the human botfly resembles an ordinary bumblebee. Not that you'll see its likeness on a cereal box anytime soon. Adults are 0.47 to 0.71 inches (12 to 18 millimeters) long, with orange legs and blue-gray abdomens.

Their life cycle begins when a female grabs ahold of some passing tick or mosquito. As soon as she's affixed her eggs to its belly, she lets the bloodsucker go free — no worse for wear. Once that mosquito bites a human victim, though, body heat makes the botfly's eggs hatch. Then it's off to the races: Larvae dive into the bite wound or the person's open hair follicle.

Burrowing face-first under the surface of the skin, they create little holes for themselves. Meals consist of proteins, dead cells and the fluids secreted by pores or inflamed wounds. Yum. During its stay, the larvae's rear end is positioned at the top of the hole. Why? Because the parasite breathes through two openings on its hindquarters called "spiracles."

Feeding sessions are interrupted by a series of molts. Around 30 days after its arrival, the baby botfly will be strong enough to crawl out backward, pop free of the host and hide underground — where it'll change into an adult fly.

Yeah so having ravenous larvae invade your skin isn't much fun. Who knew, right?

Those botfly carriers (aka humans!) may feel what's been described as "intermittent stabbing pains" when the insects twist themselves around. That's because the freeloaders aggressively squirm as the host takes a shower or goes for a swim. One victim, a young girl, started hearing mysterious chewing noises after a botfly embedded itself by her ear.

By the way, human botflies aren't the only ones that can end up inside you. Equestrians who don't practice good hygiene around their animals can get infected by horse botflies. And sheep and reindeer botflies have also been known to cozy up inside unsuspecting people.

Should you find yourself toting botfly spawn around, don't go yanking them out on your own. The larvae are coated in sharp little spikes that help them get a grip on your tissues, and carelessly tugging on these parasites can break them apart, leading to infection.

Ideally, a trained physician will be able to extricate the pests with anesthesia and a scalpel. But if that's not an option, other methods are available. Some doctors use blunt instruments to squeeze down on either side of the botfly's hole until the pressure forces it out. Other than having to clean the wound daily, typically there are no other effects after the larvae are removed.

They might also try cutting off its air supply. Block the spiracles with a thick object and the larva should exit the host on its own accord. Weird as it sounds, pressing a slab of bacon or steak onto the wound will often get the job done. Who says red meat's bad for you?

Sue, the most complete Tyrannosaurus rex skeleton ever found, has a series of lesions on her lower jaw. Paleontologists think these were caused by a parasitic infection, which would mean even 40-foot (12.3-meter) dinosaurs weren't safe from bodily invaders. Hope that makes you feel better.

Mark Mancini "Botflies Are Nasty Parasites That Get Under Your Skin" 20 February 2020.
HowStuffWorks.com. <https://animals.howstuffworks.com/insects/botfly.htm> 1 March 2021
Citation 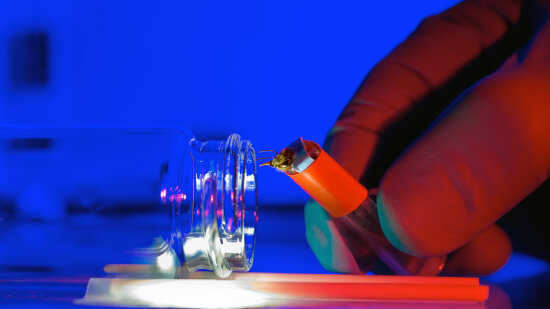 Bees Are Smart But Don't Try Training Them at Home 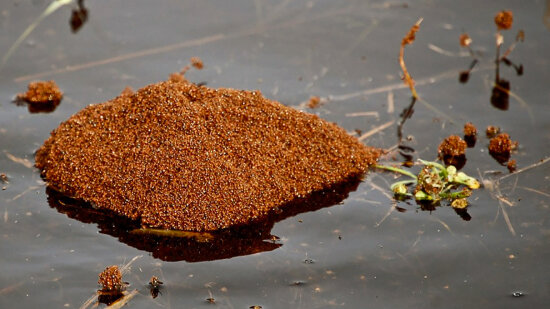 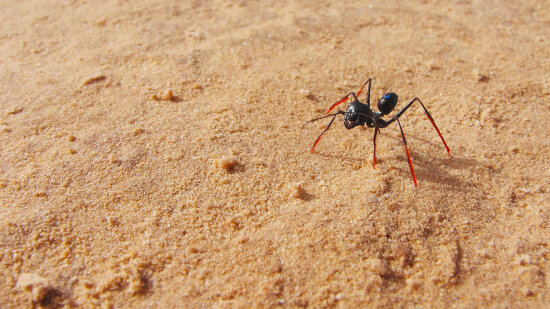