by Kristen Hall-Geisler Jul 11, 2019
A study found that these nasty cockroaches have developed cross-resistance to multiple classes of exterminators’ insecticides. Gary Alpert/Harvard University/Bugwood.org

Great news, everybody. Cockroaches are quickly becoming resistant to several different insecticides — all at the same time. Cool, cool, cool.

Michael Scharf, professor in the department of entomology at Purdue University, along with his team, found that these nasty pests are developing cross-resistance to multiple classes of exterminators' insecticides. The team's work was published in the June 2019 issue of Scientific Reports.

The problem is each class works differently to kill these critters, so exterminators frequently mix them or switch them up to combat infestations. If cockroaches are resistant to multiple insecticides ... well you can see where this is going. Scharf and his team used apartment buildings in Indiana and Illinois that had infestations of German cockroaches (Blattella germanica L.) as their experimental grounds.

First, they caught some of the roaches and tested them to see which insecticides had the lowest resistance on the roaches. (Low resistance means the roaches would be more vulnerable to the treatments the scientists used for six months.) Entomology is very glamorous.

"If you have the ability to test the roaches first and pick an insecticide that has low resistance, that ups the odds. But even then, we had trouble controlling populations," Scharf said in a press release. The good news just keeps coming, doesn't it?

So now what? Scharf said he recommends combating roaches with more than chemical warfare, including traps and vacuums. "Some of these methods are more expensive than using only insecticides, but if those insecticides aren't going to control or eliminate a population, you're just throwing money away," Scharf said. We should just go ahead and bow to our cockroach overlords now.

Now That's Even Worse News
You've probably heard that roaches can survive a nuclear blast, and the terrible news is that it appears to be true. Remember the show MythBusters? Well their team set up an experiment that exposed German cockroaches to different levels of radiation. One group was exposed to levels similar to those emitted by the bomb dropped on Hiroshima for a month: 10,000 rads. Ten percent of the group was still alive. Awesome. 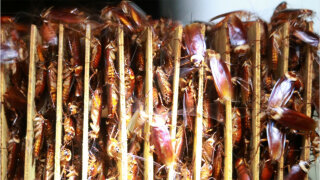 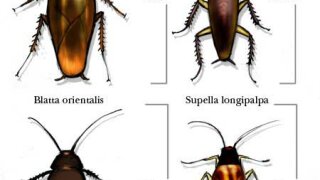 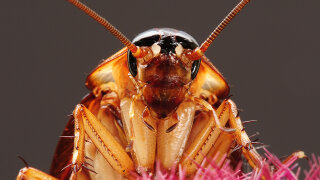