Locusts swarm over the Huthi rebel-held city of Sanaa, the capital of Yemen, on July 28, 2019. MOHAMMED HUWAIS/AFP via Getty Images

In the ancient world, nobody liked locusts. Some of the earliest literature produced in Egypt, China and the Near East describe invasions of the grasshoppers, carried in on the east wind after the rains. They could decimate the year's crops in a matter of hours, bringing famine in their wake.

The desert locust (Schistocerca gregaria) is a species of grasshopper with breeding and habitat areas extending from West Africa (Senegal, Mauritania and Morocco), east to the Horn of Africa, the Near East, and all the way to western India. They're able to live solitary lives, but they're also capable of swarming, collecting in large groups and acting in unison like a school of fish or a pack of dogs.

Physical contact with each other triggers the instinct to forage for vegetation together, and their bodies actually change as they do this. Gregarious desert locusts change color (from tan to yellow and black) and grow more muscle mass when this happens. They even start eating toxic plants, which they would never have done solo.

A swarm of locusts can reach astonishing sizes: 150 million locusts per 0.3 square miles (1 square kilometer), with a pack that size eating as much in one day as around 35,000 people. Because desert locusts eat vegetation, they've historically been the scourge of anybody who eats plants or grazes animals in the same general area of the locust swarm.

They're also alarmingly efficient breeders — between two and five generations of locusts can be produced each year, depending on weather conditions.

"Unusually good rains or severe weather events such as cyclones maintain favourable breeding conditions for up to six months," Keith Cressman, senior locust forecasting officer for the Food and Agriculture Organization of the United Nations (FAO), says in an email. "These conditions can be sufficient for two generations of breeding, giving rise to about a 400-fold increase in locusts — a generation is about three months, and with each generation there is a 20-fold increase in locust numbers."

Although locust plagues seem like something only people during ancient times had to worry about, the 21st century is seeing its fair share. However, as 2020 has seen the most destructive outbreak in 25 years, scientists are examining why locusts are exploding.

"The short-term evidence of the past decade indicates an increasing frequency of cyclones in the Indian Ocean — particularly in the past few years — are to blame," says Cressman. "In 2019, there were eight cyclones when normally there are none or only one in a single year. Cyclones are important because they have caused locust plagues in the past — the last being in 1967. Therefore, if this trend continues, then it is likely there will be increased locust upsurges in the Horn of Africa like we are witnessing now."

The Toll of the Locusts on Human Livelihood

Desert locust upsurges can affect farmers or those who raise livestock for their livelihood — that includes between 75 and 80 percent of the population in Ethiopia and Kenya. Children are often pulled out of school in order to work protecting family farms from locusts, and locust swarms can lead to family debt: 60 percent of the heads of household in Mauritania in Northwest Africa went into personal debt due to the locust swarms there between 2003 and 2005, according to Cressman.

Not only that, locust outbreaks can lead to food insecurity. Because they love to eat pretty much the same things people like, locusts can decimate grain crops. They also eat the same forage cattle eat, so milk production of grazing animals declines when locusts really get going, which can affect nutrition in everyone — especially children.

What Governments Can Do About Locusts

All sorts of ideas have been floated — one has to do with releasing a bunch of ducks into the most locust-ravaged areas, since the water birds love locusts and will eat over 200 per day.

In the past, farmers have burned tires as a means of dispersing the locusts, and sprayed pesticides from the ground and air. But what's to be done if this starts happening more frequently due to the environmental effects of climate change?

"In the long term, strong national locust units must be established and maintained within the Ministry of Agriculture that have an autonomous budget, equipment, resources and well-trained staff to monitor the situation and take preventive measures to avoid emergency situations and upsurges," says Cressman. "If these units are not autonomous, too often the funds, staff and equipment are used for other pest control and then when the desert locust invades, there are insufficient means."

Locusts were one of the 10 plagues that visited Egypt in the biblical Book of Exodus — the others were hail, fire, frogs, lice, livestock diseases, darkness, boils, the death of firstborn sons and all water turning to blood. 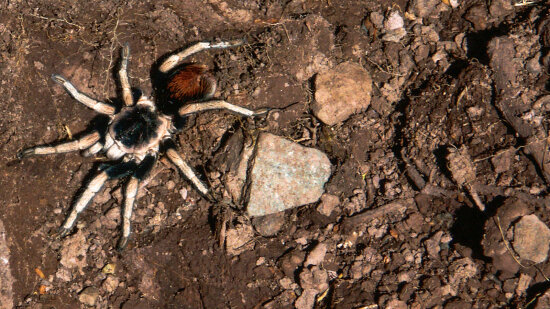 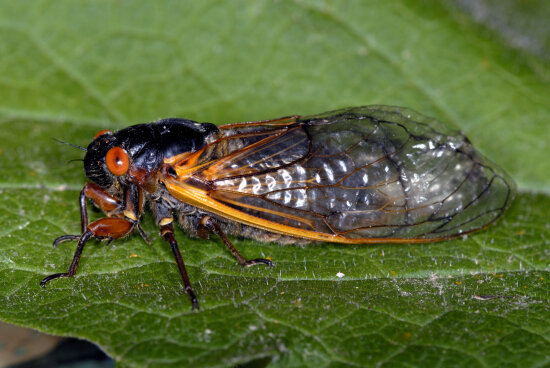