Spiders That Love Human Blood Are Our Friends

It turns out, some spiders prefer to munch on mosquitoes that are loaded with the tasty, tasty blood of a human. Fiona Cross

A promising new tactic in the effort to control malarial infections may be — sorry, arachnophobes — spiders.

A multi-decade (and still going) study conducted through the University of Canterbury in New Zealand and published in the July 2015 edition of Journal of Arachnology finds there are two types of spiders that are skilled mosquito killers.

Paracyrba wanlessi spiders are native to Southeast Asia. These spiders live in hollow canes of bamboo, called culms, in pools of stagnant water. This is perfect for preying on mosquitoes — larval, pupal and adult, alike — along with other water bugs.

The keenly sighted, eight-legged Evarcha culicivora spider, found around Lake Victoria on the border of Kenya and Uganda, also has a taste for mosquitoes.

“Like ‘Bram Stoker's Dracula' or Arnold Schwarzenegger in the James Cameron movie 'The Terminator,' these little specialist predators ignore any other insects that get in the way as they pursue their target victims — mosquitoes,” says arachnologist Fiona Cross, co-author of the study, in a statement released by the university.

E. culicivora is a complicated little creature, writes Cross in an email. Its biology is tightly connected to its preferred prey of mosquitoes, as well as to humans. That's because it's not actually the mosquito that this spider is attracted to. It's human blood these spiders find irresistible, making. E. culicivora the only known predator to select prey based on the prey's diet.

Despite a voracious taste for our blood, E. culicivora isn't physically able to bite humans, which is why these spiders rely on an indirect method to satisfy their bloodlust. E. culicivora preys upon the blood-sucking Anopheles gambiae mosquitoes, specifically the females, who are known to carry and spread malaria. It's these females the spiders seek out, visually assessing their posture, among other identifiers, to figure out which mosquitoes are engorged with human blood.

See? Nothing scary about this little jumper. Especially when you consider that these spiders are tiny — only 5 millimeters or so in length.Robert Jackson

Unlike spiders that may use webs, burrows or ambush tactics to capture their prey, E. culicivora is a jumping spider (Salticidae), a hunter that pursues and jumps on its prey leaping as far as 10 body lengths (about 50 millimeters, or 2 inches).

“Even when they are completely satiated,” Cross says, “they will still kill mosquitoes for perfume to attract the opposite sex. One whiff of blood, and they start launching into feeding frenzies — killing up to 20 Anopheles mosquitoes in rapid succession, but not necessarily to eat all of them,” making E. culcivora an interesting choice for biological control of disease vectors.

Malaria infections are caused by Plasmodium parasites, transmitted from mosquito to human through mosquito bites. When caught early, malaria is treatable, yet it's responsible for roughly half a million deaths each year, worldwide. Nearly half of the world's population is at risk of contracting malaria — that's more than 3.5 billion people, across 97 countries. The majority, however, about 90 percent, of malaria infections occur in Sub-Saharan Africa.

E. culicivora tend to prefer living on and in the walls of residential homes. “This little spider is a predator that likes us and eats our enemies,” says one of the authors of the study. While Cross and her colleagues remain hesitant to suggest that E. culicivora will have a noticeable impact on the spread of malaria, they encourage people to "welcome these guests into their homes" as a free mosquito-eradication service. "It would be nice to help people understand that spiders aren't villains!" says Cross.

Both E. culicivora spiders and Anopheles mosquitoes are attracted to human scent, expressly the odor of our dirty socks. 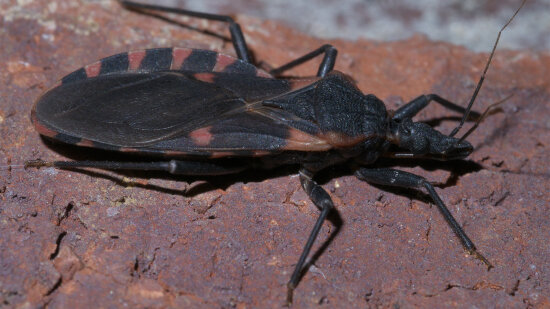 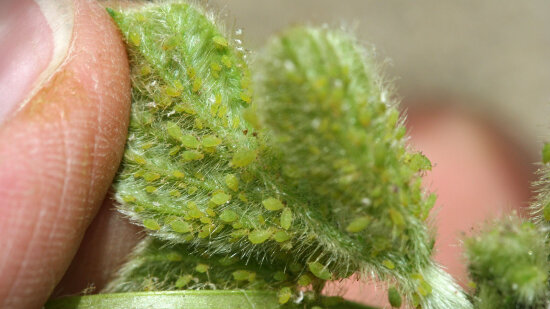 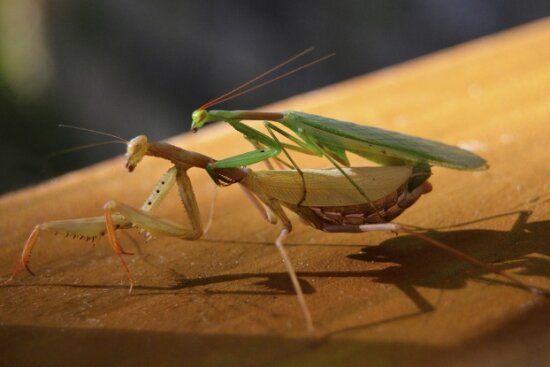