Unsure of which fish to buy for your aquarium? See some candidates of typical aquarium fish to help narrow down your options in this gallery. 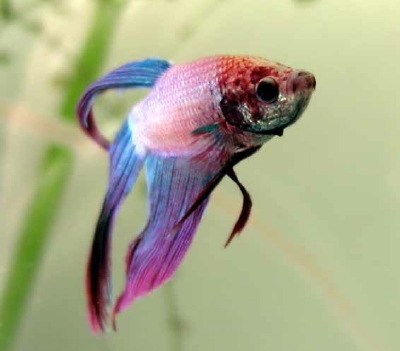 The Siamese Fighting Fish has been bred for its incredible variety of colors and long, flowing finnage. Next is a fish that is almost completely transparent. 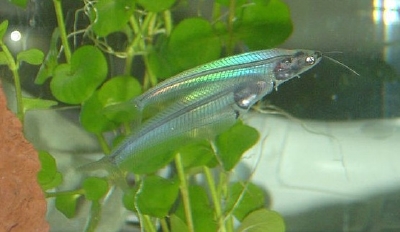 A Glass Catfish's internal organs are crowded together at the front of the body and are clearly visible. Do you know which fish is named for having an irregular blotch on the side that resembles a keyhole? See it next. 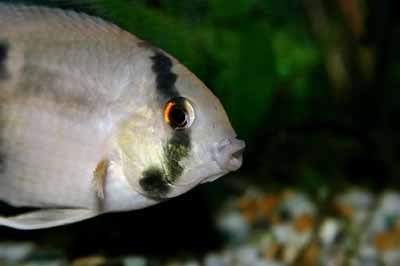 The Keyhole Cichlid grows to four inches and should be kept only with other peaceful fish. Find a more aggressive fin-nipper next. 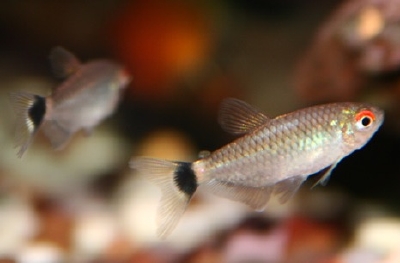 The Red-Eye Tetra is an undemanding species as long as the water quality is good and there is room for a group to swim actively in the tank. Up next is a live-bearer. 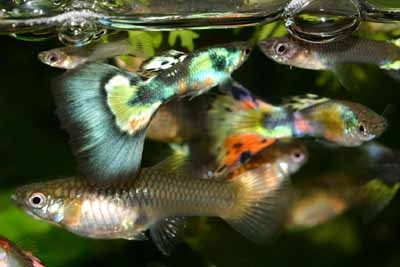 One of the most popular aquarium fish, the guppy is a live-bearer, meaning it does not lay eggs but produces live offspring. A heavenly-sounding fish waits next. 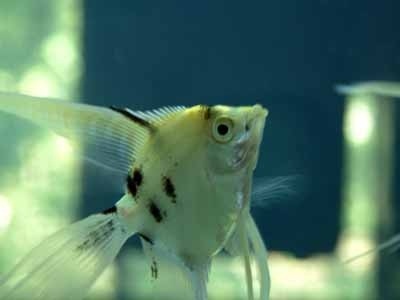 The Angelfish is a very popular cichlid from the Amazon basin that reaches a length of five inches and a height of eight inches. Find another very popular fish up next. 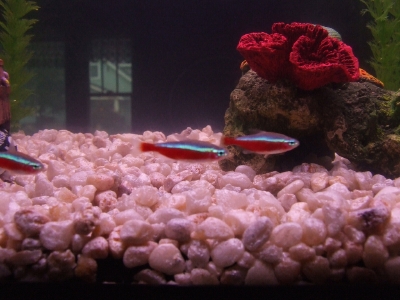 With its colorless fins and deep red body split by a bold blue stripe, the Cardinal Tetra makes quite a sight in an aquarium. Which aquarium fish is named for having three spots? Find out next. 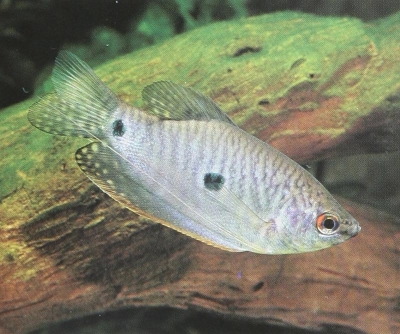 Also known as the Blue Gourami, the Three-Spot Gourami can reach four inches and is very peaceful. See a fish that will swim upside down next. 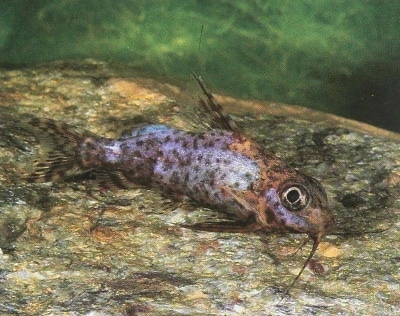 As its common name implies, the Upside-Down Catfish will swim upside down. One theory accounts for this unusual behavior as a feeding strategy. Next is an algae-eating suckermouth catfish. 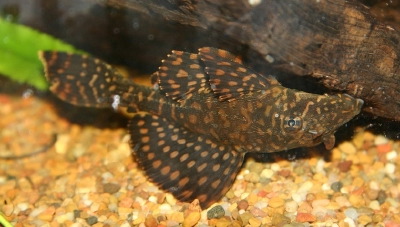 The Spotted Pleco grows to twelve inches and requires hiding places. Find a fish up next that might just jump right out of the tank. 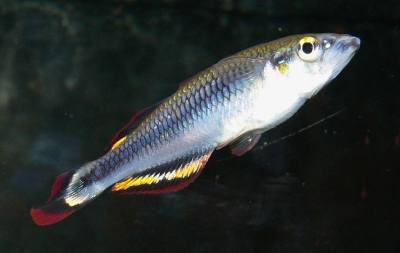 The Madagascan Rainbowfish is an active, hardy shoaling fish that spends almost all of its time near the surface. Find a shimmery schooling fish in the next picture. 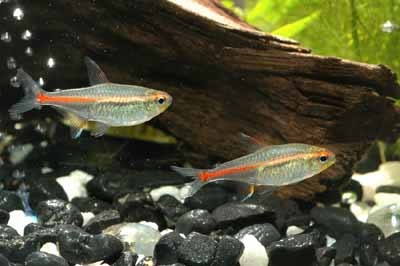 The Glowlight Tetra's common name comes from the obvious iridescent red stripe down the fish's side. Swim on over to see a large fish that is active at night and hides during the day next. 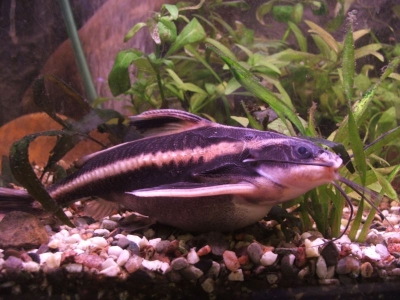 The Striped Raphael Catfish will grow to eight inches and should be kept in a tank with larger community fish. The next fish's natural habitat is calm South American waters. 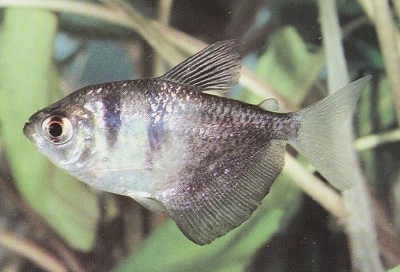 Black Tetra adults are not as black in coloration as younger fish and are more prone to act aggressively toward smaller tankmates. The ideal algae-eater is next. 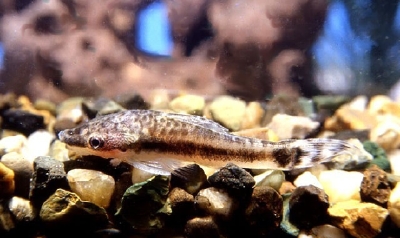 The Dwarf Sucking Catfish is a small suckermouth catfish, growing to one and a half inches. A fish that hails from Papua New Guinea is next. 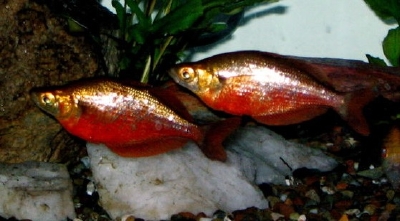 Female Red Rainbowfish are a soft, pale golden color, while the males are a fiery red. Find a fish that was the first tropical aquarium fish imported into Europe about one hundred and fifty years ago. 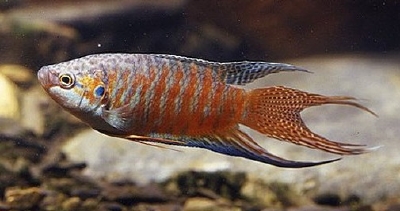 The Paradise Fish is able to take air directly at the surface of the water because of a respiratory organ known as a labyrinth. Did you know that fish can have tentacles? Find a species that has them next.

A suckermouth catfish, the Bristlenose Catfish reaches a length of five and a half inches. Finally, see a slow-moving species next.

Dwarf Pencilfish is easily intimidated by more active tankmates and may not always get its share of food. Check out more fish in the Aquarium Fish Channel.