by Alia Hoyt Jun 22, 2017
Does your dog get just as excited to go for a W-A-L-K as to go for a walk? Is he a spelling genius? LWA/Dann Tardif/Getty Images

Everyone knows once a dog gets good and excited there's no going back. That's why Pat Curry tried to outsmart her Australian shepherd, who became overwhelmed with joy upon hearing the word "bank," where she always was bestowed with treats from the drive-through teller.

"If we weren't going to take her with us, we would spell B-A-N-K. It wasn't long before spelling the word got the same reaction as saying it," explains the Augusta, Georgia resident in an email. "So, we actually started saying 'the place where we put money' instead. Even that didn't work for long. As soon as she heard me tearing a check or a deposit slip out of the checkbook, she headed for the door."

Smart as she is, Curry's pup isn't going to be up for the Scripps National Spelling Bee anytime soon. ​"Dogs are not necessarily learning how to spell various words. What they are learning is a precursor to a stimulus. When a repeated cue or precursor is paired with a given stimulus in a repeated fashion, the animals learn to predict a situation," explains Brian Ogle, lead anthrozoology instructor at Beacon College in Leesburg, Florida, in an email. "In this instance, spelling out a word simply has replaced the full word. Any association can be made if the pairing is repeated and predictable (the same can be observed with humans)."

Adds Sally Morgan, a holistic physical therapist who works with both pets and people, "To a dog, a spelled word or a pronounced word is no different — just an arbitrary collection of sounds that have meaning," she explains in an email. "Therefore, I could easily teach my dog 'w-a-l-k' instead of saying 'let's go for a walk' or 'walkies.' In fact, I think he would learn this within 3-5 times using the new phrase."

Most dog-owners are unwittingly conditioning pooches in classical Pavlovian style. The Russian physiologist Ivan Pavlov figured out that the dogs he was studying could be conditioned to associate a stimulus (for the purpose of his experiment, a bell) that had nothing to do with eating, at mealtime, and thus elicit a mealtime-appropriate response (salivating). He did this by ringing a bell when it was time to eat, at which time the pups salivated because they were simultaneously being presented with food.

Once conditioned, they salivated when only a bell was rung, no food in sight. So, when Curry began to spell out the word "bank," it wasn't long before her dog was conditioned to respond the same way than when she had previously heard the simple word because she picked up on the same cues.

Most dogs are smart enough to participate in this type of associative learning, and it's not even hard to do, according to animal behavioral consultant Kayla Fratt with Cognitive K9. "My preferred method would be to just spell out the word before giving the object every time," she explains. "For example, instead of asking if Fido wants to go for a walk, every time say W-A-L-K instead. Then go grab the leash and take the dog on the walk. Most dogs will quickly learn to associate the spelled-out word with the activity or object. When they learn that W-A-L-K means that you're going for a stroll around the neighborhood, they'll start getting excited about the spelling."

If you're trying to get your pooch to learn this or any other party trick, holistic physical therapist Morgan says it behooves you to ask nicely, using complete sentences. "Dogs learn our language over time, without us even trying to teach them specific names. ... This is why it is most effective to speak to your dog in a whole sentence, using as well 'please' and 'thank you.' It is incredible how using polite language results in the dog doing what you ask nearly every time," she explains.

There's actually a scientific reason behind this seemingly bizarre practice. "When we speak to dogs in full sentences, we are more likely to pause and gaze at them, stimulating the trust hormone oxytocin between us and within each of us. This establishes a connection between dog and human, and again, increases the tendency of the dog to do as you requested," she says.

Now That's Cool
Chaser, a famous South Carolina-based border collie, can differentiate between the names of at least a thousand objects, and can even identify them by subcategory (balls, toys, frisbees). That's one smart puppy.

Suicide Afflicts Farmers at Rate Shockingly Higher Than All Other Jobs 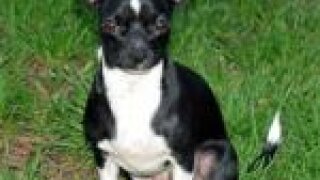 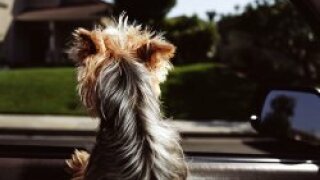 How to Train a Dog 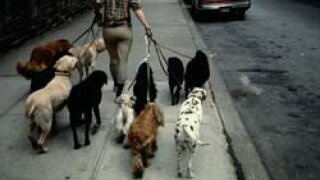 How to Find a Dog Walker