Is chocolate poisonous to dogs?

­You may have heard people say that chocolate will kill dogs? Does that make sense? If I can eat chocolate, why can't my dog?

It turns out that, for dogs, a chemical in chocolate called theobromine is the source of the problem. Theobromine is similar to caffeine. According to this page, theobromine is toxic to a dog when it ingests between 100 and 150 milligrams per kilogram of body weight.

Different types of chocolate contain different amounts of theobromine: It would take 20 ounces of milk chocolate to kill a 20-pound dog, but only 2 ounces of baker's chocolate or 6 ounces of semisweet chocolate. It is not that hard for a dog to get into something like an Easter basket full of chocolate eggs and bunnies and gobble up a pound or two of chocolate. If the dog is small, that could be deadly.

It turns out that chocolate poisoning is actually not as unusual as it sounds. For a human being, caffeine is toxic at levels of 150 milligrams per kilogram of body weight (see this page). That's the same as for dogs! Humans generally weigh a lot more than dogs, but small children can get into trouble with caffeine or chocolate if they consume too much of it. Infants are especially vulnerable because they don't eliminate caffeine from the bloodstream nearly as quickly as adults. 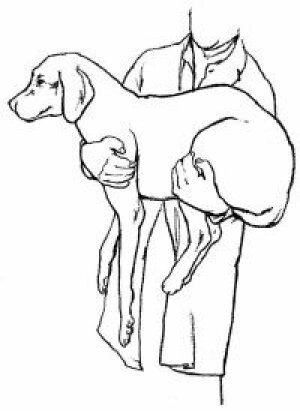 How to Give First Aid to Your Dog 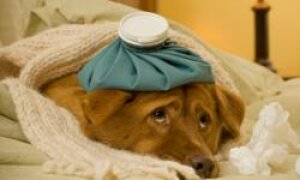