by Shelley Danzy Jul 12, 2017
Although there are many species of glass frogs with transparent skin, not many have visible, red hearts like Hyalinobatrachium yaku, seen here. Juan M. Guayasamin et al.

Imagine, deep in the Amazonian lowlands of the Ecuador, bright green frogs perched on the underside of tree leaves. A cacophony of tonal calls, likened to a high-pitched whistle, doesn't scare you, but beckons you to draw near them. As you get closer, you notice tiny flashes of red. You think it might be an amphibian invasion, until it's crystal clear that it's just a matter of the heart: The frogs have a transparent underside, revealing their beating hearts.

Based on morphology, the frog's vocalizations and DNA analysis, researchers have identified a new species of glass frogs called Hyalinobatrachium yaku — news that will surely make some herpetologists green with envy. The findings were published in the journal ZooKeys. Belly-side up, H. yaku's kidneys, urinary bladder and heart can be seen clearly, like an X-ray. But you might have to squint to see the frog's heartbeat, since the average frog is only 0.8 inches (2 centimeters) long.

Many of the species in the glass frog family Centrolenidae, including all of those in the genus Hyalinobatrachium, have see-through bellies and chests. But the research team identified two distinctive color traits differentiating H. yaku from its relatives: little dark green spots on the head and back, and the transparent underside revealing the heart. Only two other species share these traits, the researchers say in the study, but they're not closely related to H. yaku.

The new species also lacks vomerine teeth (typically, frogs have teeth in their upper jaw); has a shorter snout than usual; has a tympanic membrane (almost like a human eardrum) that blends in with its surrounding skin; and has a bulging liver, among other distinguishing characteristics.

H. yaku, which ranges in color from apple-green to yellowish-green, also displays behaviors atypical for glass frogs. Males take the lead on babysitting their egg clutches, rather than females. And although some of the populations the team studied clung to the underside of leaves over streams, as usual for glass frogs, some of the H. yaku perched on shrubs, ferns and grasses several inches above the ground and more than 30 meters (98 feet) away from the closest stream.

"Yaku" means water in Kichwa, a language spoken by indigenous people in Ecuador and parts of Peru. H. yaku was found in sites in three northeastern Ecuadorean provinces (Orellana, Napo and Pastaza), the farthest locales separated by about 68 miles (110 kilometers), and the other midway between them. According to the researchers, oil extraction, which occurs in 70 percent of Ecuador's Amazon rainforest, may put H. yaku's habitat in jeopardy. But now, the researchers posit, the new species may inhabit an even larger area, hopping around in Peru.

Now That's Interesting
There are close to 140 species of glass frogs that take up residence from southern Mexico to northern Argentina. 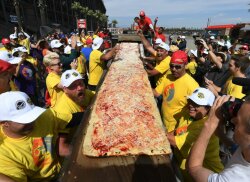 Why Do We Love Guinness World Records So Much?

Why the Vatican Says No to Gluten-Free Communion Wafers 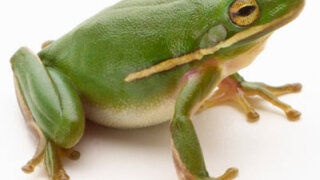 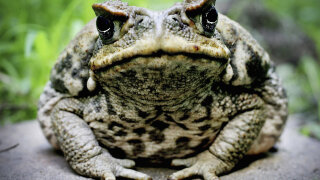 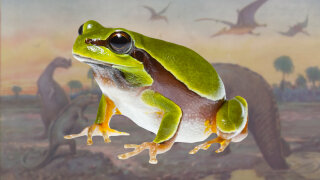