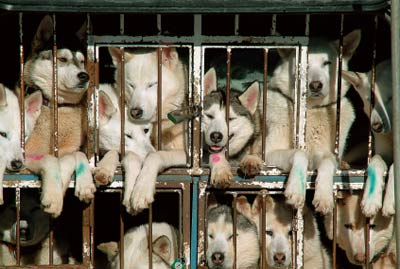 Before we talk about how animal detectives enforce the law, let's find out what those laws are and which animal welfare organizations help support these investigators.

There are acts of Congress in place to protect animals. One such act is the Animal Welfare Act, instated by Congress and enforceable across the United States and all U.S. territories. The Animal Welfare Act protects any live or deceased dog, cat, monkey, guinea pig, hamster, rabbit, or other such warm-blooded animal, excluding livestock. Pets, research animals and animals used for exhibition must be provided humane treatment and care under the act.

There are organizations across the country, including three national animal welfare groups that you may be familiar with: The American Society for the Prevention of Cruelty to Animals (ASPCA), The American Humane Society and The Humane Society of the United States (HSUS). All three of these organizations are on animal-protection missions and advocate on issues such as animal adoption, protection of pets and livestock, rescue and shelter resources, consumer education programs and anti-cruelty legislation.

The ASPCA, founded in 1866, was the first animal welfare organization in the United States. The group successfully lobbied to pass the first anti-cruelty statute in the country and nearly 150 years later, it continues its fight.

The American Humane Association was founded in 1877, shortly after the ASPCA, with a mission to create a more humane society. While American Humane's mission includes stamping out animal cruelty, its aim is to end violence committed against both animal and child.

HSUS is currently the largest animal protection organization in the United States. Its mission for more than 50 years has been similar to the ASPCA's -- to advocate against animal cruelty, abuse and neglect [source: The Humane Society of the United States].

To enforce animal anti-cruelty laws, many animal officers/detectives carry badges, wear uniforms and are granted similar authority as police officers. While specific authority differs by state, most animal detectives have the power to make arrests, serve search warrants, use reasonable force against perpetrators and may be authorized to carry firearms (with weapons training).

Every state establishes and enforces its own anti-cruelty laws as well, and 45 states enacted felony-level penalties as of July 2008 [source: The Humane Society of the United States]. Animal anti-cruelty laws can be broken down into two basic categories: intentional acts, when a person knowingly harms an animal, and failure to act, when someone fails to provide food, water or shelter to an animal. The types of violence officers respond to include neglect, torture, organized animal fighting, animal hoarding, poisoning, shooting, illegal hunting/poaching, ritualistic abuse, bestiality and "crush videos" (videos, usually found on the Internet, of small animals such as kittens, being stepped on or otherwise crushed).

A person found guilty of severe animal abuse may find him or herself in jail. For example, a serious crime committed against animals in the state of Alabama can carry felony status and put someone behind bars for up to 10 years (one of the strictest punishments in all 50 states) [source: The Humane Society of the United States]. Many cases of abuse end in counseling or fines, but violators may also be subject to seizure of the animal(s) and limitations on animal ownership or community service, depending on the circumstances.

Next, let's learn how forensic science is applied to animal victims and take a look inside the U.S. Fish and Wildlife Service Forensics Laboratory.

Generally, animal detectives don't respond to calls about barking dogs or neighborhood pets on the loose. Local animal control, humane officers and rescue volunteers are on duty to help animals that are sick, injured or lost. If your pet goes missing, you might hang up reward signs and solicit friends, neighbors and volunteers to help in the search. Or, for a more personalized solution, consider hiring a pet detective -- they're trained to help find pets that are lost, stolen or have run away.