Something weird is happening in Florida. In case you hadn't heard, iguanas are all but overrunning the Sunshine State. And we're talking about big lizards. They're thriving there because of South Florida's subtropical climate and a lack of natural predators. And the human inhabitants do not want to share their warm-weather paradise with this destructive, invasive species.

While there are lots of foreign saurians trudging through the area — like the fork-tongued Nile monitor — the creature we're specifically alluding to here is the green iguana (Iguana iguana). It ranks among the largest lizards in the Western Hemisphere. Adult females can be 5 feet (1.5 meters) in length while the biggest males stretch an impressive 7 feet (2.1 meters) long from nose to tail. Fifteen pounds (4.5 kilograms) is considered an average weight, though heavier specimens weighing 17 pounds (7.7 kilograms) or more have been documented. We told you they were big lizards.

Despite its proportions, the species has long been a staple in the exotic pet trade. That's helped these critters spread far beyond their natural range, causing property damage and competition with native wildlife.

What Is a Green Iguana?

By and large, green iguanas are herbivorous. They may eat insects or dead meat on occasion, but it's fruits and leaves that make up the bulk of their diet. But to green iguanas, vegetation isn't just a food source. This is a tree-loving animal that spends most of its time basking in forest canopies.

Scaling branches comes easily to the lizards; with their long fingers and hooked claws, these guys are first-rate climbers. Of course, you don't spend a lifetime in the treetops without taking the occasional spill. Green iguanas have been known to withstand 50-foot (15.2-meter) falls and walk away uninjured.

This species is also perfectly at home in the water. Much like alligators, the animals swim by undulating their tails from side to side. A frightened iguana might also choose to seek refuge below the surface if a predator's lurking about.

We're not used to thinking of non-avian reptiles as sociable, yet the green iguana is somewhat gregarious. Hatchlings are born in underground nests — sometimes in the vicinity of crocodilians. Baby iguanas stick together, forming social groups with their siblings for mutual protection. Such units can last for months, during which time the young lizards groom one another and sleep side-by-side. (Or in piles.)

Meanwhile, full-grown males put on elaborate mating displays. Iguana iguana is sexually dimorphic, with females looking visibly different from their masculine counterparts. Both sexes have dewlaps: folds of loose skin that dangle below the neck. Yet these are proportionately larger in males — and an important communication tool.

Come breeding season, a male iguana will defend a huge territory. (And ideally mate with a harem of females, whom he'll guard for an extended period.) To scare off rivals, males aggressively bob their heads up and down, dewlaps flapping all the while. Doing so from a naked tree branch high in the canopy helps broadcast machismo.

While we're here, let's discuss coloration. Not all "green" iguanas are literally green; they also come in shades of brown, blue, red and gray. Besides, males often turn orange or bronze-ish when it's time to court potential mates.

Despite the name, not all green iguanas are actually green.
Arto Hakola/Getty Images

Today, the green iguana remains one of the United States' most popular reptilian pets. That doesn't mean they're easy to care for. Sharing your life with an iguana can be deeply rewarding — but you should know what you're getting into beforehand.

How Did Iguanas Get to Florida?

Before it was artificially introduced to new environments, the green iguana was restricted to Central and South America — along with a smattering of islands in the eastern Pacific and Caribbean. Unfortunately, when the local climate is favorable, Iguana iguana can thrive in places where it doesn't belong.

Back in 1995, at least 15 of the lizards suddenly appeared on Anguilla, a Caribbean island with no pre-existing green iguana population. Scientists think the reptiles rode floating mats of uprooted vegetation that drifted out to sea in the wake of Hurricanes Luis and Marilyn. Presumably, the raft-bound castaways traveled all the way from Guadeloupe, some 200 miles (321 kilometers) to the south.

But Iguana iguana needed human assistance to get to the United States. In 1966, the first scientific report on invasive iguanas in South Florida was published. It seems likely that many individuals reached the Floridian peninsula by stowing away on boats and in shipping crates.

America's booming pet industry sure didn't help. In 1995 alone, more than 1.14 million iguanas were imported into the United States. Although it's possible to buy captive-bred specimens nowadays, wild-caught babies are still being shipped to the U.S. en masse.

It's unclear how many free-ranging green iguanas are loose in South Florida. More than 7,000 iguana sightings have been recorded by the University of Georgia's Early Detection & Distribution Mapping System since 1998 — most of those since 2012. A large percentage of the lizards now running about the state probably descend from escaped or unwanted pets.

Ecologists warn that the herbivores are devouring important native plants. Among these is the Gray nickerbean, a coastal vine that the endangered Miami blue butterfly larvae feed on. Various flowers may also be at risk.

Both homeowners and landscapers have gotten sick of green iguanas turning private gardens into buffets. To add insult to injury, the lizards leave feces on patios, boat decks and other surfaces.

And it's not just the flower and fauna these lizards are destroying. Meddling iguanas are doing a number on Florida's infrastructure, too. Just one iguana caused a 10-minute power outage when it trespassed on a Key West electrical facility in 2018. And West Palm Beach is facing $1.8 million in damages incurred after tunneling iguanas messed up a local dam.

In 2019, the Florida Fish and Wildlife Conservation Commission (FWC) made headlines by encouraging homeowners "to [humanely] kill green iguanas on their property whenever possible." (And in case you're wondering, one doesn't need a license or permit to hunt them on public lands.)

Several worried citizens have also called for Floridians to eat more iguana meat — which, after all, is a traditional entree in parts of the Caribbean.

Being cold-blooded, iguanas have been unable to establish viable populations in northern recesses of the state. Even down south, the lizards occasionally fall victim to chilly conditions. In late January 2020, temperatures in Miami and other parts of southern Florida ranged from 32 to 41 degrees Fahrenheit (0 to 5 degrees Celsius).

Another cold snap in 2010 killed off a large part of the iguana population, but since then they've rebounded — even flourished — because of warmer temperatures.

However — despite its entertainment value for some onlookers—the strange happening won't fix what's become a serious invasive species epidemic. Once the weather warms again (and it will, this is Florida), most adult iguanas can recover from this kind of temporary incapacitation. You'd do well to keep your distance in the meantime; a stirring iguana can really bite!

Now That's a Problem
Outside Florida, invading green iguanas have established footholds in Puerto Rico and Texas, along with multiple Hawaiian Islands (like Maui and O'ahu). Terrific.

How the White House Press Briefing Went From Daily to Done

Why the Ghost of Andrew Jackson Haunts the Modern U.S. Presidency 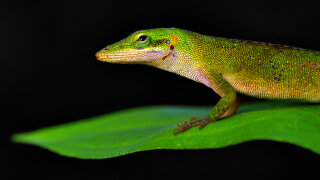 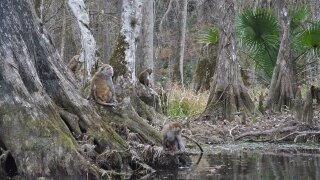 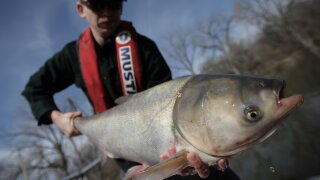