Imagine a tranquil stroll through hills full of grape vines on the Western Cape of South Africa, taking in the sounds of a peaceful vineyard. The wind rustles through grape leaves, bees buzz around pollinating plants and ducks quack contentedly. Wait, ducks?

In the mid-1980s, the Vergenoegd Wine Estate began employing Indian Runner ducks (Anas platyrhynchos domesticus) as a highly efficient pest patrol. These waddling workers can clear up to a hectare (2.45 acres) a day, gobbling up insects and snails that would otherwise desiccate the grapevines. The ducks also eat some of the snail population's eggs, preventing a next wave of pests.

Every morning and every afternoon at half-past-three, a dedicated duck-keeper herds the flock of about 800 birds to a specific area of the estate. Runner ducks stand erect — quite like a wine bottle with legs — rather than adopt the traditional squat appearance of many domesticated species. It's an evolutionary advantage after centuries of herding. There is evidence these ducks were used in ancient China, where they were guided each morning to rice paddies to fill their bellies with insects.

While using ducks to control pests is not a new idea, it is relatively new to viticulture. And it seems to be working. Instead of applying chemical-laden pesticides that kill not only insects and snails, but everything else the chemicals contact, the ducks deftly select only insects and snails, and leave the vines untouched. It's an especially important job at Vergenoegd, where small, white dune snails like to chomp on the vines, honing in on the succulent buds that are produced each spring. The snails have the potential to completely destroy a budding crop of grapes.

Fortunately, the runner ducks are tall enough to reach up the vines and thin enough to fit between the vines. And after foraging on escargot all day, the ducks have ensured their job security, and also contributed a bit of all-natural fertilizer to the vines. The birds return to roost, but not before eating a sumptuous corn dinner, which may be their version of a bonus payment.

And if that's not enough: The name of Vergenoegd's flagship wine? Runner Duck.

Now That's Cool
The uropygial gland at the base of a duck's tail produces oil that ducks spread over their bodies when they preen, preventing their feathers from becoming saturated with water and helping them float.

Got a Backup Plan? Think About Ditching It 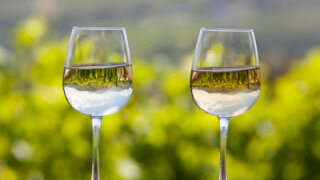 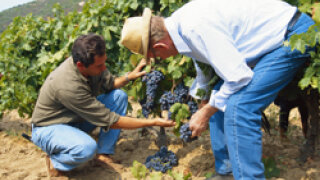