Watch a Chicken Grow and Hatch Without An Egg

This might seem like mere trickery, but a video from Japan purports to show a chicken being hatched from an egg without a shell.

In the video, Japanese schoolchildren break an ordinary egg into a container covered by a film of plastic wrap shaped to create a well. (A hole is made at the side of the cup and a cotton ball is placed at the bottom as a filter and to plug the hole. A 2 mm plastic tube is inserted through the cotton ball and the hole to provide oxygen). Next the students artificially fertilize the egg. Then they cover the container and place it inside an incubator. Over time, we see the features of the chicken develop, and eventually it hatches!

Apart from the super-fascinating novelty of the whole thing, why do it? The technique was actually written up in a 2014 paper called "A Novel Shell-less Culture System for Chick Embryos Using a Plastic Film as Culture Vessels" and was published in the Journal of Poultry Science. The paper's authors note that the technique could be used to preserve rare birds. That is, even if their shells were damaged, the eggs could still have a chance at life. The simple technique has a hatchability rate of 57 percent, much higher than any other shell-less methods tried to date, the authors say. It could also be handy for generating transgenic chickens (some chickens have been genetically engineered to produce a drug in their eggs) and for studying embryonic manipulation.

The method, the scientists add, could also help to educate children about embryonic development. We say, not just children — adults too. Although, we may not get as excited as the students in the video, we still find it pretty compelling.

Migraine May Be Linked to Faster Estrogen Drops During Menstrual Cycle 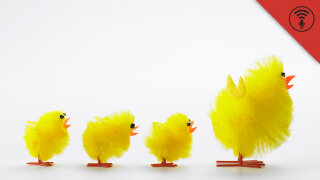 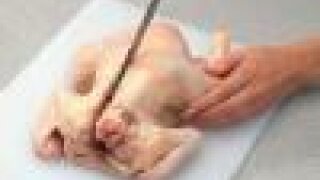 How to Buy Chicken 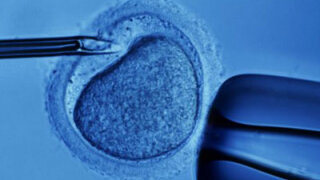