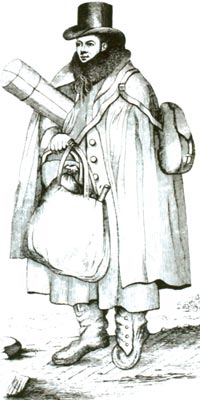 Fossil dinosaur bones and teeth continued to turn up in England. The first dinosaur name was Megalosaurus, meaning "giant lizard." In 1824, William Buckland, a clergyman, published the first scientific dinosaur account. He described a tooth-filled lower jaw and other Megalosaurus specimens.

British scientists knew that dinosaurs were reptiles, though they considered them large, overgrown lizards. In a fossil-hunting expedition in the British countryside in 1822, Mary Ann Woodhouse Mantell found fossil teeth that showed dinosaurs were different from other reptiles. She gave them to her husband, a physician. A worker at the Hunterian Museum in London noticed their resemblance to an iguana's teeth, though they were much larger. French comparative anatomist Baron Georges Cuvier agreed that they were from a giant plant-eating reptile. In 1825, Dr. Mantell described the teeth and other bones he had found as a new reptilian genus, Iguanodon. He later named his second dinosaur, Hylaeosaurus, in 1833.

Sir Richard Owen, England's greatest anatomist, studied Buckland's and Mantell's fossils. In 1841, he created the name Dinosauria, meaning "terrible lizard." This was a separate "tribe or sub-order" of reptiles. Owen also supervised the construction in 1854 of huge, life-size models of Megalosaurus, Iguanodon, Hylaeosaurus, and other fossil reptiles. These models were built by Waterhouse Hawkins. They still stand at Crystal Palace Park in Sydenham as a monument to the early days of dinosaur research in England.

Harry Govier Seeley, an amateur paleontologist and professor, made a major contribution to dinosaur classification in 1887. He concluded that there were two groups of dinosaurs: the saurischians, with a lizardlike pelvis; and the ornithischians, with a birdlike pelvis. With a few changes, scientists still use this same classification system today.