The axolotl is known as a "walking fish" but is actually an amphibian. MaxPixels

In Julio Cortázar's short story "Axolotl," first published in 1954, a Latin American man living in Paris becomes infatuated with the axolotls living at the zoo, to the point that he eventually transforms into one. With their "pink, Aztec faces," "eyes of gold" and "rosy little bodies, translucent ... ending in a fish's tail of extraordinary delicacy," the narrator observes an "absolute lack of similarity between axolotls and human beings." In considering these feathery, pinkish salamanders, "It would seem easy, almost obvious, to fall into mythology."

Cortázar's narrator is, on the face of things, correct in his estimation of the axolotl (Ambystoma mexicanum). For starters, the axolotl fell into mythology centuries ago — the Aztecs believed that the first axolotl appeared in the lake system around modern day Mexico City when the powerful underworld god Xolotl transformed himself into a small, feathery amphibian to escape capture. In ancient Mesoamerican culture, axolotls were considered a food source supplied by Lake Xochimilco for the good of humanity.

And Cortázar was right about the axolotl's similarity to humans — our last common ancestor probably roamed Earth around 360 million years ago, and at first (or even 50th) glance, they're excessively different from us. Among the first modern zoo animals, 34 axolotls were brought from Mexico (along with a three deer and three wild dogs) to the Jardin zoologique d'acclimatation in Paris in 1864. And although they weren't as interesting to 19th-century zoo goers as the larger, more charismatic animals, scientists quickly realized these unassuming little animals were strange — almost mythological, in fact.

In the wild, axolotls are — or at least used to be — top predators in their home ecosystem in the lakes and canals of central Mexico. They're unusual among amphibians because they remain underwater for their entire lives, breathing through gills, while most other salamanders walk around on land and breathe with lungs during the adult stage of life. Although they appear unassuming, they're actually ruthless carnivores, feasting on worms, mollusks, insects and even small fish in the wild. Part of the Aztec mythology of the axolotl centers around the fact that, like a powerful god, they are difficult to kill in that they can regenerate virtually any part of their body, no problem.

"Of the animals that are closest to us — the vertebrates — salamanders are the only ones that can regenerate in this way, and can heal without scars," says David Gardiner, a professor in the School of Biological Sciences at the University of California, Irvine. "Other salamanders can regenerate, but axolotls do it best."

When the Europeans got wind of this, axolotls went from being a sort of boring exhibit in the zoo to one of the most important and longest self-sustaining lab animals in history. Georges Cuvier, popularly considered the Father of Paleontology, studied axolotls in an attempt to figure out whether Carl Linnaeus was correct in categorizing the classes Amphibia and Reptilia separately — it was a big question in those days, and Cuvier concluded that axolotls, because they breathe through gills their entire lives, must be some sort of lizard that existed as a perpetual larva — in the words of paleontologist Stephen Jay Gould, a "sexually mature tadpole." (Cuvier was correct sometimes, but not in this case).

Because axolotls did incredibly well in laboratory and aquarium settings, 19th-century zoologist Auguste Duméril took it upon himself to provide every lab in Europe with a supply of axolotls, which resulted in some truly horrific studies in which scientists chopped them up just to test the limits of their regenerative powers.

"These days, axolotls are hugely important model systems for our studies about regeneration," says Gardiner. "We've known for decades — centuries, even — that we can remove parts of a developing embryonic structure and the cells that are left behind will fill in, repair and regenerate that structure. But in most animals — mammals, for instance — the system sort of shuts down at the end of embryonic development. Salamanders seem to be able to revert back to that embryonic-like state, re-accessing the developmental program that's already there. Humans have the program, we just stop being able to access it when we're no longer an embryo. You could say we, like axolotls, have evolved the ability to regenerate just fine, but we've also evolved a mechanism that inhibits that."

Axolotls might be god-like in their evolved ability to re-access embryonic instructions to regenerate organs and limbs — they might even be able to endure living in a nasty 19th-century aquarium or lab, cut up into little pieces — but what they're not able to endure is their home ecosystem being overrun with introduced predators and environmental toxins. The lakes in their home around ultra-urbanized Mexico City have become not only polluted by aging wastewater systems, but overrun by introduced tilapia and perch, both of which view axolotls as a delicious snack. In 1998, scientists counted around 6,000 axolotls per square square kilometer in Lake Xochimilco, but these days fewer than 35 animals take up the same amount of space. It looks like the axolotl is on the fast track to extinction even in their home environment.

Which is something of a paradox, like the axolotl itself. While wild axolotls are critically endangered, they're doing great in captivity. They're the most widely distributed amphibian in the world: Millions of them live in labs around the globe — many more, in fact, than live in the wild. And while they're important in science, they're also popular pet shop staples — especially in Japan, a country where you can also get axolotls as a deep-fried snack in some restaurants.

The axolotl has the largest genome of any organism yet sequenced. 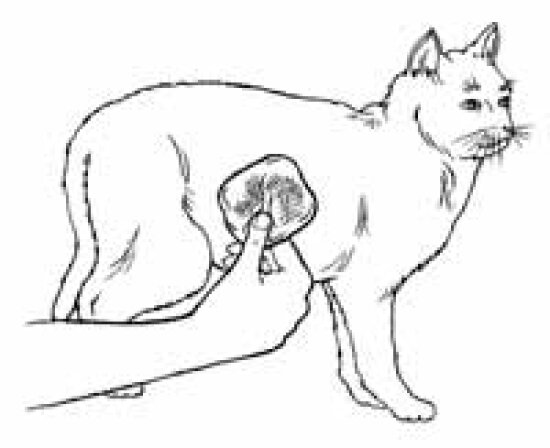 How to Treat a Bleeding Cat 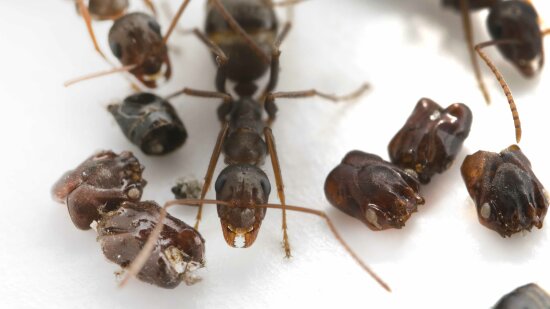 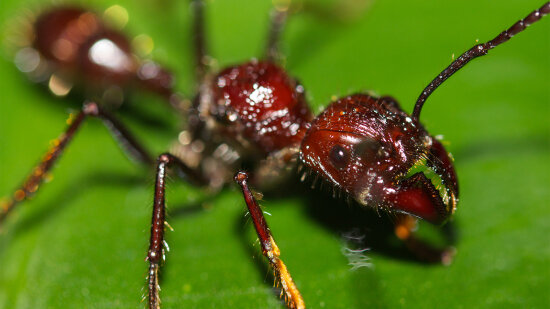