by Michelle Konstantinovsky Sep 27, 2018
When divers first discovered the new fish, they were so captivated by their striking colors, they didn’t even notice a massive sixgill shark hovering above them. Luiz Rocha ©2018 California Academy of Sciences

Some of my earliest and best memories took place at the California Academy of Sciences, so when the San Francisco institution's researchers make a mind-boggling discovery, I feel an undue sense of pride. These scientific pioneers had me beaming again this week with their most recent finding: a new species of pink-and-yellow striped reef fish in the remote Brazilian archipelago of St. Paul's Rocks.

The eye-catching ocean dwellers were first spotted 400 feet (121 meters) beneath the water's surface, in "twilight zone reefs" (which are barely touched by sunlight). The fancy fish haven't been seen anywhere else in the world, and according to a press release, the divers were so captivated by their striking colors, they didn't even notice a massive sixgill shark hovering above them (seriously, the moment was even captured on camera).

"This is one of the most beautiful fishes I've ever seen," Dr. Luiz Rocha, the Academy's Curator of Fishes and co-leader of the Hope for Reefs initiative, said in a statement. "It was so enchanting it made us ignore everything around it."

Rocha and post-doctoral fellow Dr. Hudson Pinheiro collected the fish for further study, and named it the enchanting Tosanoides aphrodite, an homage to the Greek goddess of love and beauty.

Researchers named this enchanting fish Tosanoides aphrodite, an homage to the Greek goddess of love and beauty.
Luiz Rocha ©2018 California Academy of Sciences

"Fishes from the twilight zone tend to be pink or reddish in color," Pinheiro said. "Red light doesn't penetrate to these dark depths, rendering the fishes invisible unless illuminated by a light like the one we carry while diving."

Once the fish were back at the Academy, laboratory and collections manager Claudia Rocha helped the divers describe the new species. The trio concluded that the male fish sport alternating pink and yellow stripes, while the females rock a solid, blood-orange color. Thanks to a DNA analysis, the team also confirmed that the new species is the first Atlantic-dwelling member of its genus.

Rocha and Pinheiro are part of the Academy's deep-diving research team that explores these deep twilight zone reefs around the world. As part of its Hopes for Reefs initiative, the Academy and its collaborators explore, explain and sustain the world's coral reefs by making fundamental breakthroughs in coral reef biology; developing new conservation solutions and restoration techniques; and sharing what we know through innovative exhibits and educational media programs.

The discovery of Tosanoides aphrodite underscores the potential in exploring these unknown depths — the location of St. Paul's Rocks is so remote (it's nearly 600 miles [965 kilometers] off the coast of Brazil), and its geology is so unique, many of its resident species can't be found anywhere else on the planet. In a July 2018, paper, the team found that the ecosystems of twilight zone reefs are just as vulnerable to the threat of climate change as their shallow counterparts.

"In a time of global crisis for coral reefs, learning more about unexplored reef habitats and their colorful residents is critical to our understanding of how to protect them," Rocha said in a statement. "We aim to highlight the ocean's vast and unexplored wonders and inspire a new generation of sustainability champions."

Now That's Interesting
Coral reefs occupy less than one quarter of 1 percent of the marine environment, but they're home to over 25 percent of all known marine fish species.

Is the Universe Just a Simulation? 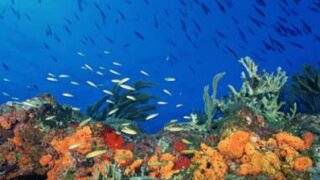 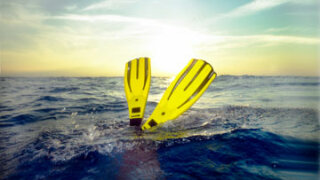 How can you dive 700 feet in one breath? 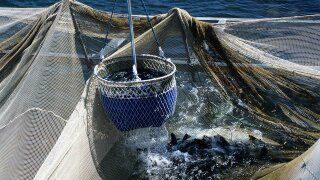