by Jesslyn Shields Jan 11, 2018
The Gulf corvina is the loudest fish on the planet during its mating season, which isn't doing itself — or its neighbors — any favors. Mary Knox Merrill/Getty Images

In what might be among the loudest wildlife events on Earth, the spawning chorus of a marine fish called the Gulf corvina (Cynoscion othonopterus) is so loud it can deafen other marine animals, like the sea lions or dolphins who are attracted to the area to feed on them as they spawn. Corvina congregate in the Colorado River Delta off the northern tip of the Gulf of California each spring to mate in huge groups consisting of more than 1.5 million fish over a 17 mile (27 kilometer) area. And sure, that's a lot of fish, but fish are typically not known for being particularly noisy. So, what's the deal?

A study published Dec. 20, 2017 in the journal Biology Letters finds that although fish are generally pretty quiet, corvina are outliers — the chattering made by the males as they call the females in to spawn is like a machine gun, the loudest sound made by any fish, anywhere. They make the sound by contracting their abdomens and smacking special noise-making muscles against their swim bladders like a drumstick on a snare. Get a bunch of them together and it's enough to make the ambient sound of their environment 21 times louder than normal.

It's loud enough to keep potential predators away. Except for, you guessed it, human beings.

That's right — corvina can be heard spawning from outside the water (reportedly over the sound of a boat engine), which brings all the fishing boats to the yard. And that's a bit of a problem, actually, as Gulf corvina are great to eat, but they're also considered vulnerable by the International Union for Conservation of Nature, and hundreds of fishing outfits use the annual spawning event to figure out where to cast their nets in the murky waters. In fact, researchers speculate that the sound from the fish was even louder in the days before fishing pressures reduced their numbers.

But nobody can say for sure because it's difficult to see what the fish are doing, and therefore, to count them. The waters of the Gulf at that time of year are completely opaque, so researchers are working on how to accurately use the fish acoustics to estimate numbers of individuals in the spawning chorus.

Now That's Interesting
At the height of a Gulf corvina spawning session, the sound of the chorus has been recorded at 202 decibels (20.2 bels) — about as loud as a small bomb detonating — with individual calls reaching 177 decibels (17.7 bels).

Gender at the Gym: How Workout Preferences Vary by Sex, Age 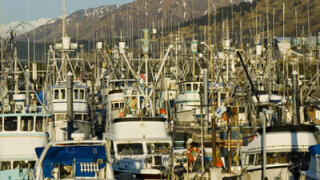 How are fishing quotas set? 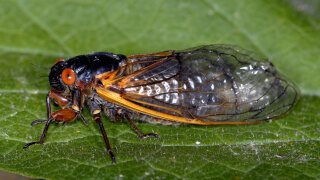 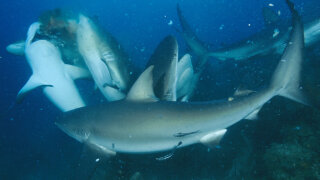