Why Does My Home Become Infested with Gnats in the Summer?

­Gnats (commonly referred to as "fruit flies," "vinegar flies" or "no-seeums") are pesky little insects that ­seem to multiply by the thousands in the summer. Although there are different­ types of gnats, we'll discuss them in gen­eral terms.

Let's start by identifying a gnat. Gnats are small, black, flying insects, similar to mosquitoes but much smaller. They don't buzz, and they don't bite humans -- they're just an annoyance. Gnats often show up at the most inappropriate times -- like when you have company over for dinner -- and they like to hover around your face and head. Gnats are drawn to light, so you may notice them first in bright rooms, near a window or on a mirror.

Gnats love fungus, and fungus loves moisture! Fungus and moisture can come from:

Given this, getting rid of the gnats seems simple, right? Well, it's not quite that easy. See, gnats have a total life span of about four months, and a female can produce­ as many as 300 eggs, in small batches, in fermenting or decaying organic matter. This means that if you notice that you have a gnat problem but don't know where it's coming from, several dozen females can each lay a few hundred eggs in the time you spend looking for the source. It's a vicious cycle!

So how do you get rid of them?

You can, of course, kill gnats with household flying-insect spray and the old-fashioned fly swatter. You could also create a trap by filling a jam jar or shallow pan with apple cider vinegar and putting it where the gnats are. The smell of vinegar attracts the gnats and they'll get trapped inside your container. You may need to do several of these if you have gnats all over your house.

It may take several days, or even weeks, to locate the source of your gnat infestation and to kill the existing ones flying around your home or office, so it's a good idea to take the preventative measures listed above while you seek and swat. 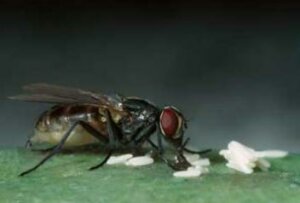 What's the best way to keep pests out of my house? 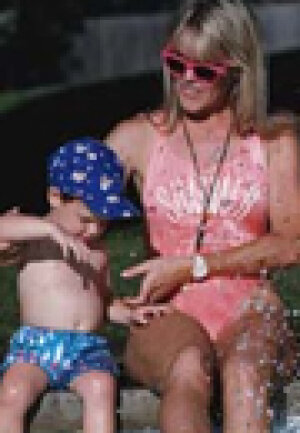 Keeping Insects Out of Your House