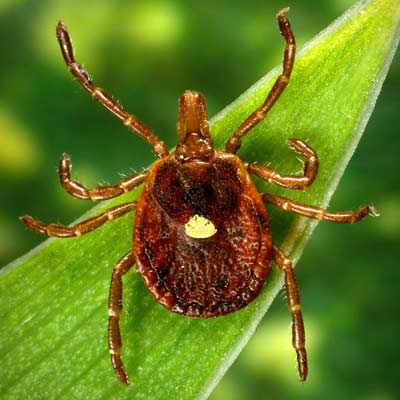 In many families, a thorough search for ticks is part of any hike, camping trip or other journey into the woods. For people who live in rural areas, particularly those who work outdoors, looking for ticks is often a part of daily life. It's easy to think of these tiny arachnids as something to watch out for in relatively wild terrain, but ticks don't confine themselves to the wilderness. They're adaptive and resilient, and you can find them in distinctly urban areas, like the parks of New York City.

The typical response to finding a tick is often disgust. It's partly because ticks are parasites -- they feed on their hosts' blood. Although people see them most often on themselves and their pets, ticks also attack wild animals, farm animals, birds and reptiles. On top of that, some ticks, particularly females, swell dramatically when they ingest a lot of blood. An engorged tick, or one that's full of blood, can have a bizarre, even grotesque appearance.

In addition to their feeding behavior and appearance, ticks are disease vectors. They can carry illnesses from one animal to another. In fact, ticks are the primary disease vector in domestic animals. In terms of human illness, only one parasite spreads more illness -- the mosquito. Ticks can spread a wide variety of disease-causing organisms, including bacteria, viruses and protozoa.

Ticks themselves are just as diverse as the diseases they carry. They live all over the world, and there are as many as 850 total species, divided roughly into two categories -- hard and soft. A hard tick has a shield-like plate called a scutum that covers part of its back. If you look at a hard tick from top down, you can also see its capitulum, which looks like a head. Soft ticks, on the other hand, don't have a scutum, and the only parts of it you can see when you look at it from above are its back and legs.

Regardless of whether they're hard or soft, all species of ticks have a few things in common. Everything about them, from their swollen appearance to their ability to spread disease, comes from their need for blood. In this article, we'll explore how ticks retrieve blood from their human hosts, as well as how they live, travel and reproduce.