Meet the Real Vampires of the Animal Kingdom

by Mark Mancini Oct 28, 2019
The common vampire bat (Desmodus rotundus) is a small, leaf-nosed bat native to the Americas. It survives solely off the blood of other animals. Nicolas Reusens/Getty Images

Count Dracula had little use for shaving kits, but the common vampire bat practices routine hair removal. This mouse-sized mammal eats the blood of much larger victims, like horses and cows. Sometimes, before it can access their veins, the bat needs to shear away patches of hair — with its teeth.

Such are the drawbacks that blood-eating creatures (aka sanguivores) face. Here's another inconvenience: Blood is extremely low in calories, so the three known species of vampire bat can't store energy in the form of body fat. Skipping meals is thus a dangerous proposition; these poor bats can't last three days without food.

Despite all the challenges that go with it, the practice of eating blood — usually called hematophagy — is reasonably widespread in the animal kingdom. Around 300 to 400 insect species drink blood, as do a good number of leeches and fish. Even some birds turn vampiric from time to time.

Blood carries proteins, sugars, minerals and lipids — which give it nutritional value to hematophagous critters. Yet plasma, the main component of blood, is more than 90 percent water by volume.

As a logical consequence, vampire bats need to urinate shortly after they feed. (Maybe that's why Dracula wore dark pants.) Stomach-dwelling microorganisms help them break down the proteins in the blood they consume. Scientists think the tiny life-forms also release vitamins critical to the bats' survival.

All the same, it's a hard knock life for these guys. But they get by with a little help from their friends.

During the day, vampire bats take shelter in caves, hollow trees, empty buildings and abandoned mines. They're liable to gather in huge numbers, with hundreds or even thousands of individuals shacking up together.

In many of these groups, there's a social safety net. If one bat fails to procure any blood on a given night, it can go begging. Oftentimes, a roost-mate with a full stomach will regurgitate blood into the needy party's mouth. The favor may be returned at some later date. Because missed meals have life-threatening consequences, this culture of mutual reciprocity is a useful survival strategy.

How do they acquire blood in the first place? After sneaking up on their victims, vampire bats make tiny puncture wounds with a pair of razor-sharp incisors. Effectively painless, the bite leaves a bowl-shaped opening that typically measures just 3 to 5 millimeters (0.1 to 0.2 inches) wide. Draculin — a special anticoagulant in the bats' saliva — delays the blood-clotting process.

Contrary to popular belief, vampire bats don't actually suck blood. The mammals gather it by putting their specially grooved lower lips on the wound — and then the tongue is used to help draw blood into the mouth.

Likewise, hematophagous Vandellia catfish eschew sucking. Found in the Amazon River and other South American waterways, these creatures grab ahold of their hosts mouth-first. Once that's done, the victim's own blood pressure pumps the fluid right down the fishes' waiting maws. No suction required!

One fish species is especially notorious. With a maximum length of 6.7 inches (17 centimeters), Vandellia cirrhosa is a bit on the small side. Also known as the candiru, it usually targets bigger fish, latching onto the inside walls of their gill flaps. Normally, it lets go after about 30 seconds to just more than a couple of minutes. Unconfirmed — but persistent — rumors claim that the candiru likes to swim up human urethras.

To environmentalists in North America, certain lampreys are far more disquieting. Naturally jawless, these fish have circular mouths with several rows of inward-pointing teeth. And for good measure, they rock additional teeth on their tongues.

Of the 47 documented species, 18 sea lamprey eat blood by boring holes into their victims with those nasty tongues. They'll latch onto anything from salmon to minke whales. The building of the Erie Canal allowed invasive sea lampreys to gain a foothold in the Great Lakes of North America.

Due to the lamprey's parasitic behavior, the fishing industry in the United States and Canada took a massive hit in the mid-20th century, although new methods of lamprey control — like the extermination of stream-dwelling larvae — have proven quite successful.

Lampreys need their teeth, but the toothless vampire finch does just fine without them. Native to two of the Galapagos Islands, it pecks at other birds (like blue-footed boobies) with its sharp beak. This draws blood, which the finch happily drinks to supplement its normal diet of seeds, insects and nectar. The finch's ancestors may have been groomers who plucked the insects out of other birds' feathers. Over time, this could've evolved into an affinity for blood-drinking.

Other hematophagous birds include African oxpeckers and the hood mockingbird. Unlike vampire bats, none of them eat blood exclusively.

African oxpeckers, like these yellow-billed oxpeckers, often graze on the bodies of large mammals, such as zebra.
Wikimedia

Bugs That Want to Eat You

So far, we've emphasized vertebrate animals, but you're far more likely to encounter spineless blood-drinkers. While there are some exceptions who eat whole insects or carrion, the majority of leeches are hematophagous. Some drink blood through a straw-like proboscis. Others use jaws lined with ultrafine teeth to cut open the skin before they start sucking. To keep the victim from retaliating, many leeches emit a powerful anesthetic that numbs the pain while they feed.

Likewise, certain ticks have anesthetics in their saliva. The spit may also contain a natural cement that keeps the animal firmly attached to its host. Ticks pull open the skin with hooked appendages, making room for a barbed mouthpart called the hypostome. Once a tick is secured in place, it may spend up to 10 consecutive days extracting blood.

Unfortunately, ticks are great vectors for Lyme disease and other maladies. And the same is true of bloodsucking mosquitoes. You could argue — as some pathologists have — that hematophagous mosquitoes are the most dangerous creatures on Earth. While feeding on your blood, they can transmit horrible disorders like yellow fever and malaria. (According to the World Health Organization, mosquito-borne malaria killed 435,000 people in the year 2017 alone.)

But not even bloodsuckers are immune to parasites. Tiny Culicoides flies bury their heads in the abdomens of 19 different mosquito species, enabling them to siphon hard-earned blood out of a skeeter's digestive tract.

It's tempting to call that poetic justice — until you realize the flies carry diseases that could potentially get transmitted to the mosquitoes, and by extension their human victims. It's a tough world out there, for hosts and parasites alike.

NOW THAT'S INTERESTING
Ticks are commonly mistaken for insects, but they're actually arachnids. Mites are thought to be their closest living relatives.

If a Robot Takes a Job From a Human, Should It Pay Taxes, Too? 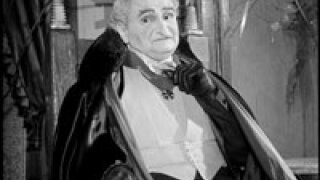 Who was the real Count Dracula? 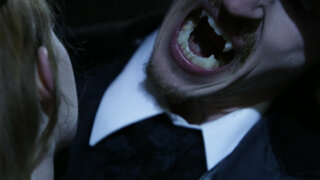 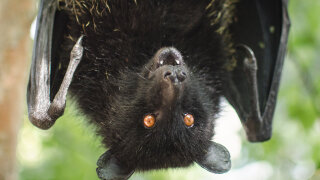