Rules for Keeping a Pet Chinchilla

Browse the article Rules for Keeping a Pet Chinchilla 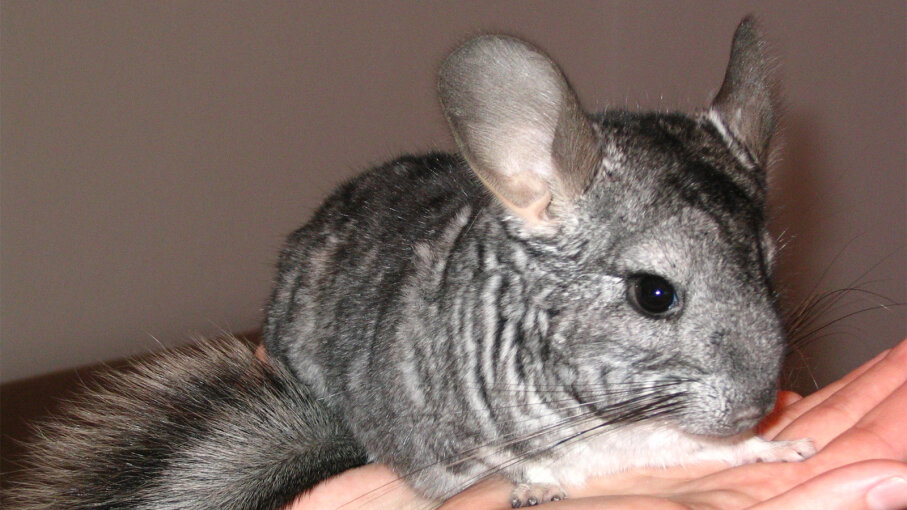 Slightly larger than ground squirrels, chinchillas are native to the Andes Mountains in South America and are either one of two species, Chinchilla chinchilla or Chinchilla lanigera (shown here). Wikimedia Commons (CC BY-3.0)

Gather 'round, children, and hear the story of a feature-length horror film from the days of yore — 1984 — about an adorable, unusual pet that had very specific care instructions (which are flagrantly ignored during the course of said film). "Gremlins" is a classic cautionary tale about signing up for pet ownership without proper respect for or understanding of an exotic animal's needs.

In "Gremlins," a man buys a mysterious, adorable creature called a mogwai for his son as a Christmas gift. The care instructions for the creature are simple: Don't get the mogwai wet, don't expose it to bright light and don't feed it after midnight. Of course, "Gremlins" wouldn't be a very good movie if all of these warnings weren't totally forgotten in short order, spawning an army of gremlins — bat-eared reptilian demons that require being vanquished before they murder everyone in town. But what's good for a horror movie is basically never good for real life. And though some exotic pets can turn into literal horror movie material for the owners, for some exotic pets, their owners are the real gremlins.

Which is why it's important to know what you're doing with any pet, but especially an exotic one that hasn't had thousands of generations to acclimate to hanging out with humans.

Take the chinchilla, the softest little rodent you've ever petted. These fast, high-jumping, grapefruit-sized rodents are used to surviving on dry, windswept grasses of the high Andes in Chile (although their range originally extended into Bolivia, Peru and Argentina), hanging around in herds and huddling together in the cold crevices between rocks. Chinchillas are so soft because they evolved at around 14,000 feet (4,270 meters) above sea level where their ultrasoft, warm coats are necessary. While a human only has one hair per hair follicle and even the softest rabbit has 50 hairs per follicle, a chinchilla can have up to 80 — their hair is so dense, parasites like fleas and mites can't even get through it to suck their blood.

Natural Habitat of the Chinchilla

These little puffballs have been prized for their dense, soft coats since they shared their native mountains with the Chincha people who lived in the Andes before the Inca (and for whom the chinchilla is named). The Spanish conquistadors who first arrived in the Andes in the 1500s knew a marketable fur-bearing animal when they saw one, and from the moment Queen Isabella of Spain received her first chinchilla coat, chinchilla was the most valuable pelt in Europe.

But because a full-length chinchilla coat contains the tiny pelts of as many as 300 individuals, by the 19th century, chinchillas had been all but hunted to extinction in most of their home range, and captive breeding programs began in an attempt to farm these valuable animals. While chinchilla farms never took off, wild populations continued to plummet, and today both surviving species — Chinchilla chinchilla (short-tailed chinchilla) and Chinchilla lanigera (long-tailed chinchilla) — are listed as "critically endangered" by the IUCN Red List of Threatened Species.

But it turns out, while it's hard to find success in chinchilla farming, breeders found chinchilla make decent pets. To own a chinchilla as a pet, however, you do have to follow some rules:

Rule No. 1: Don't Get Your Chinchilla Wet

It's true! Like the mogwai in "Gremlins," it's not a great idea to give your pet chinchilla a water bath. Wild chinchillas take luxurious dust or ash baths to get clean, but their thick hair is ridiculously slow to dry, and they can get too cold while they're waiting around, damp for days. Their hair can also become extremely matted, and a wet chinchilla is susceptible to bacterial and fungal infections on their skin.

Instead, it's important to provide a dust bath for your chinchilla a few times a week. Just stick a pan full of store-bought chinchilla dust in its enclosure when they're most active during the evening. It's really cute to watch, and it will keep their coats clean and healthy.

Rule No. 2: Don't Let Your Chinchilla Get Too Hot

Because of their luxurious coats, and because they can't sweat, chinchillas overheat easily. In fact, the only way you know it's too cold for a chinchilla is if its water bottle is frozen. It's important to keep them in a climate-controlled space that never gets above 80 degrees Fahrenheit (27 degrees Celsius) — keeping it below 70 degrees Fahrenheit (21 degrees Celsius) is best. It's also a good idea to keep a marble slab in the chinchilla's enclosure so they have a place to go to chill out if it overheats.

Another way to ensure your chinchilla keeps cool is to house it in an open wire enclosure (never a walled enclosure like an aquarium) — the bigger the better to ensure good air flow. This not only keeps these active, playful rodents entertained, it keeps them from getting respiratory infections, which is more likely in enclosed, musty spaces.

Rule No. 3: Don't Give Your Chinchilla Many Treats

It doesn't matter what time of day or night you feed your chinchilla, it's important to remember that they evolved eating a lot of dry grass, and dry grass is what you should give them. Chinchillas have delicate digestive systems that require a lot of fiber, and a treat of a single raisin can max out the amount of sugar that's healthy for your chinchilla in a single day. For this reason, a strict diet of Timothy hay, high quality compacted chinchilla pellets and a steady supply of clean, fresh water should make up 99 percent of their diet.

Rule No. 4: Make Sure Your Chinchilla Isn't Lonely

Of course, there are lots of other things you should know before getting a chinchilla, or several — for instance, chinchillas are very social and prefer having a companion. However, do some reading before you introduce your chinchilla to a stranger — they can be very territorial, and there are ways to make sure the introductions go well for everyone. Chinchillas also become very attached to their favorite humans during their long lifespan (they can live up to 20 years in captivity), and it's important to give them plenty of attention — especially if they're alone in their enclosure.

"Chinchillas tend to be a little high strung, so if you are looking for a cuddly pet, probably not ideal," says Elizabeth Mackey of Mackey Exotic Animal Clinic in Watkinsville, Georgia. "It's very entertaining to watch them jump from place to place. And they are fast! They do not handle heat. With that thick coat they can overheat and have heat stroke. Room temperature is fine, but don't set them up outside if your temps are in the 80s."

The good news is your chinchilla will probably never transform into a blood thirsty demon, so there's that.

Learn more about chinchillas in "The Chinchilla Care Guide. Enjoying Chinchillas as Pets" by Dr Elizabeth Harding. HowStuffWorks picks related titles based on books we think you'll like. Should you choose to buy one, we'll receive a portion of the sale.

Now That's Interesting
In 1929, laws against hunting chinchillas were put in place in Chile, Peru, Argentina and Bolivia, but they only increased the value of chinchilla fur. It was not until the 1980s that the laws became strictly enforced in those countries.