by Christopher Hassiotis Jul 14, 2016
Scientists have found that hedgehogs have been able to cope with city life quite well. Kiriko Shirobayashi/Getty Images

The creep of humanity across the globe might at first glance suggest nothing but bad news for animals, as we pave over ground, route creeks into grated viaducts and create from the wild tangle of nature orderly little things called hedges, gardens and shrubbery. But while we won't go so far as to say our expanding urban footprint is good for some animals — let's set value judgments aside, after all — we can say that some creatures have benefited from and adapted to the environments created by mankind. For instance: the hedgehog.

The hedgehog has been nibbling around Earth for 15 million years, but these days there are often larger hedgehog populations found within urban environments than there are in rural ones. Scientists at the University of Hamburg noticed this odd development and decided to investigate the differences between populations. They outfitted hedgehogs with transmitters to monitor temperature, hibernation, nesting and roaming, the researchers announced in a presentation at the recent annual meeting of the Society for Experimental Biology.

Hedgehogs do well with city living, but are still disturbed by human activity.
James M. Turner

"We found that urban hedgehogs had much smaller nightly ranging areas than their rural counterparts — five hectares versus 50 — and that they adjusted their activity to levels of human disturbance," says Dr. Lisa Warnecke, the lead researcher in an investigation that looked into hedgehogs in areas with large, busy roads and smaller side streets, in a press release.

Urban hedgehogs tend to nap during the daytime in secluded yards and gardens. They head out for food and to look for mates around midnight, the study found, once the number of people and pets roaming on streets and in parks drops. But while the intown range of the afterhours creature is significantly smaller than that of its rural cousin, there wasn't much difference between hibernation patterns, the scientists found. That means people in cities gardening or building fences and structures on their property, for instance, should remain aware that spiny critters could be dozing in subterranean burrows and nests.

Learning more about hedgehogs isn't just about satisfying the whims of cute animal lovers and Beatrix Potter enthusiasts — it's essential to helping the species survive as we plan our future cities. While hedgehogs across continental Europe seem to be doing OK, their populations in the UK have dropped substantially — declining by half in rural Britain and one third in British cities since 2000, most likely due to human development.

Now That's Interesting
Coyotes are rapidly adapting to life in urban human environments across the United States, and biologists are investigating why they've been so successful.

Watch: The Secret Life of Luggage — And the New Tech That Tracks It

Carbon Foam From Burnt Bread Could Save Lots of Dough 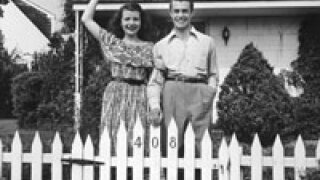