In the depths of the Atlantic and Pacific Ocean, pairs of glowing red eyes cut through the gloom. They belong to the vampire squid from hell (Vampyroteuthis infernalis), part of its own squid order -- Vampyromorpha. The vampire squid's sinister name comes from its appearance -- it has red eyes, a black body and webbed arms that resemble Dracula's cape. Despite its intimidating appearance, however, the vampire squid is actually quite docile. It sits motionless in the water until its prey approaches, and then it catches the food in its webbed arms. 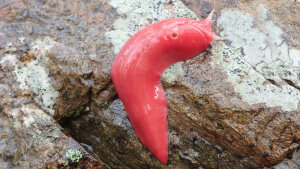 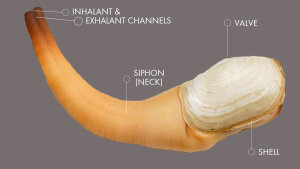 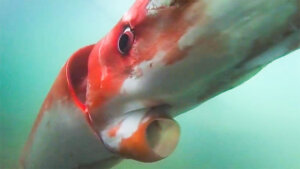