Onlookers thought a cheetah was roaming the neighborhood. In the fall of 2006, a large, spotted and very wild-looking cat began making appearances in the streets and backyards of Nicasio, California. Too small to be a mountain lion, yet too long-tailed for a bobcat, it didn't resemble any of the state's native feline species. Surely this wasn't a domestic cat — right?

Well, lo and behold, Nicasio's strange visitor turned out to be a family pet. His name was Mondo and he'd traveled all the way from a San Anselmo household about 10 miles (16 kilometers) to the south. For two weeks, this 20-pound (9-kilogram) critter braved the forests of northern California before some good Samaritans found him and tracked down his worried owners.

Mondo's wilderness survival skills were a credit to his ancestry. You see, he was a Savannah cat, a new-ish breed developed in the 1980s by crossing domestic cats with a kind of wild African feline called the serval (Leptailurus serval).

And therein lies a controversy. While Savannah owners are quick to defend their pets, some organizations have questioned the morality of keeping and breeding these animals.

By all accounts, meeting a Savannah is an experience you'll not soon forget. Weighing up to 25 pounds (11.3 kilograms), the beasties are only about half the size of their ancestral servals. That said, as heft goes, they can hold their own against gigantic breeds like the Maine Coon and the Norwegian Forest cat.

But unlike those stocky domestics, Savannahs are lean and slender. They get around on tall, pillar-like legs, which give them an impressive standing height of 16 inches (40.6 centimeters) or more. Servals have famously long necks, a trait that's earned them the nickname "giraffe cats." Savannahs share this attribute; and just like their wild ancestors, they've got huge, rounded ears.

Another family resemblance is fur-deep. Your typical serval is a tannish-yellow cat with a white underbelly and leopard-esque black spots. Many Savannahs rock the same general pattern, although in some cases, the dominant color is dark brown or silver. Anyway, Savannahs — like servals — have short hair that's relatively easy to groom.

On the other hand, their athleticism presents a few challenges. A grown Savannah can leap 8 feet (2.5 meters) vertically from a standing or squatting position. So if you decide to get one, "childproofing" the house is never a bad idea.

Like Rum Tum Tugger, the Savannah is a curious cat — and an energetic one, too. New owners are encouraged to put childproof latches on any cupboards with potentially dangerous contents (eg: toxic cleaning products).

Speaking of security, your typical suburban fence isn't tall enough to bar a household Savannah from escaping. Not by a longshot. That's why most experienced keepers only let their cats outdoors if there's a good leash at hand. Some enthusiasts with cash to burn construct spacious backyard enclosures, much like those open-air bobcat or ocelot exhibits at city zoos. If you're going to build one, sturdy roofing is a must.

And what do Savannah cats eat? According to the website F1Hybrids Savannahs: "We suggest feeding a properly balanced pre-made or home-made raw diet. Providing a balanced raw diet is key otherwise raw is not a healthier option. Properly balanced raw is the healthiest option for your cat. Should you not feed raw we suggest canned cat food over dry food."

Professional breeders market their animals on the basis of genealogy. Any Savannah whose mother or father was a serval is considered an "F1" cat. (Here, the "F" stands for "filial.") In turn, a Savannah with at least one serval grandparent would be classified as an F2. And so it goes. The higher its number, the further removed a given cat is from its wild African forebears.

There are usually physical differences between cats of successive generations. The F1s, for instance, tend to be larger than their children and grandchildren.

However, Savannahs of any generation are too exotic for the Australian government. Down Under, it's flat-out illegal to import the breed. The country's had a lot of bad luck with invasive species, from rabbits to cane toads. Environmentalists warn that a feral Savannah cat population could put Australia's native fauna at risk.

Across the Pacific, U.S. states like Hawaii, Georgia and Massachusetts have various laws regulating Savannah ownership — as does New York City. Some of these places allow residents to own cats of specific generations; others ban Savannahs outright.

For its part, the Cat Fancier's Association (CFA) — the world's largest pedigreed cat registry — won't recognize the Savannah as a legitimate breed. As explained in an official statement, the CFA "does not encourage or promote the breeding of nondomestic (wild) cats of any species to any domesticated cats."

That said, the International Cat Association (TICA) has been registering Savannahs since 2001. Curious parties can find breeders all over the world, in such countries as Germany, Russia, Canada and the United States. Those who raise these cats often swear by their affable personalities; Savannahs often get along well with children and dogs. Just know that buying one can really set you back.

Now That's Interesting
We all know the stereotype about how all cats hate water, but Savannahs actually seem to like it. Sometimes, they'll deliberately plop toys into their water dishes and then scoop them back out.

How Atlanta's Cyclorama Was Used to 'Spin' the Civil War 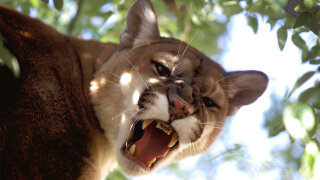 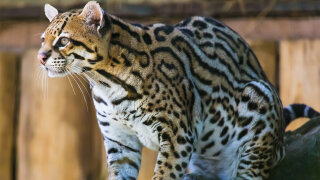 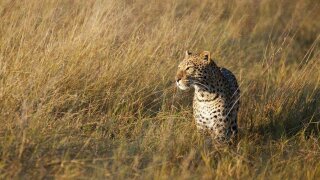