by Michelle Konstantinovsky Jun 20, 2019
Mountain lions (Felis concolor) are revered as phantoms of the desert, as they are solitary roamers and are rarely, if ever, seen by humans or their prey. Francis Apesteguy/Getty Images

In 2017, my local news channel ran an online piece titled, "TIMELINE: This week's San Francisco mountain lion sightings." And while the piece explicitly stated that such sightings were typically very rare, it was a little disconcerting to think even one such sighting could take place in a bustling metropolis like San Francisco.

But the reality is, as technologically advanced and digitally obsessed as our cities are, we're all pretty much just guests in the wild space on which this country is built. "Many Americans don't realize that even today we share our landscapes with wild cats," says Shari Wilcox, Ph.D., Texas Representative for national conservation organization, Defenders of Wildlife in an email interview. "From the remote stretches of Arizona where the jaguar still prowls to bobcats lounging poolside in suburban backyards; from cougars who pass before the Hollywood sign each night in Los Angeles to lynxes who bound down ski slopes. We share these spaces with wild cats across the U.S., and we have a responsibility to our feline neighbors to share these landscapes responsibly so that they have access to habitat, prey, and mates so that they may survive and thrive."

Here are the six species of wild cats you may not have known still inhabit the U.S.:

Found in: Mostly only in northern states along the Canadian border or in mountainous regions.

Endangered in the U.S.? Not listed, which means it is an abundant and wide-ranging species.

Fun Fact: The Canada lynx makes sounds similar to those of a domestic cat: It can purr, meow, hiss, growl and shriek.

Found in: All parts of the U.S. except for certain parts of the midwest. The bobcat can live in forests, deserts, mountains, swamps and farmland.

Endangered in the U.S.? Not listed, which means it is an abundant and wide-ranging species.

Fun fact: "Bobcats are incredibly resourceful and have a widely varied diet depending upon the food sources near them," says Susan Bass, director of public relations at Big Cat Rescue. "Northern bobcats are stockier and have thicker coats in order to endure cold temperatures."

Looks like: Light yellow to reddish gray fur with dark spots and stripes and rings of dark fur around the tail.

Found in: Currently found only in extreme southern Texas.

Fun Fact: Ocelot kittens are born blind — after about a month, their eyes finally open and they start to develop different colors on their fur.

Found in: Coast-to-coast, but primarily in 14 western states with a small endangered population in Florida.

Looks like: Compact body with a yellow and tan coat (can also be reddish brown to black) with spots that are more solid and black on the head and back and turn into "rosette-shaped patterns along the side and back of the body."

Found in: Almost completely eliminated from the U.S. — one of the last ones was killed in Arizona in 2018.

Sad Fact: "It's believed there is only one wild jaguar living in the U.S.," Bass says.

Found in: Southern Texas and Arizona.

Fun Fact: Jaguarundis look similar to members of the family Mustelidae (which includes weasels, badgers, otters, etc.), which caused early German zoologists to refer to the species as the "weasel cat."

Editor's Note: We changed the headline on this piece from "6 Big Cats Still Found in the U.S." to "6 Wild Cats Still Found Roaming the U.S." after some sharp-eyed readers noticed that, while all our subject cats are, indeed, wild, not all actually fall under the category of "big cats."

Now That's Interesting
Tigers don't roam free in the U.S. and their native territories all over the world are becoming increasingly threatened — about 96 percent of their habitat has been lost in the last century.

Is Kimchi Good or Bad for You? 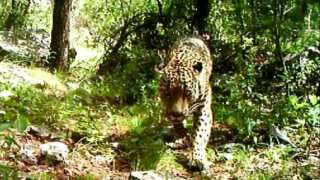 The Only Wild Jaguar in the U.S. Has Finally Been Filmed 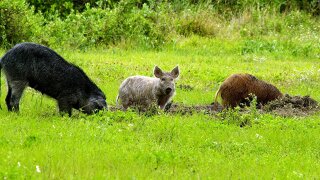 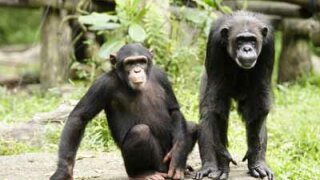