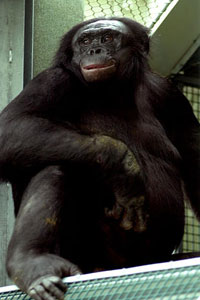 Koko the gorilla wowed the world with her ability to learn sign language and converse with her handlers, but not everyone was convinced. Many experts have questioned the validity of Koko's example, as well as other case studies that test animals' communication abilities and thought processes. They point to possible flaws in the experiments, such as the potential for rote learning, mimicry, reaction to unconscious cues in the examiners' behavior and assumption on behalf of the handlers. Researchers have since worked to counter doubters by conducting further studies in more controlled conditions.

But putting aside the possibility of error in the testing process, let's look at some interesting cases of human interactions with animals that, if actually displaying direct communication, could have amazing implications for our understanding of language and cognition in the animal kingdom. As we go along, keep in mind that the question of what constitutes communication and when that concept slips into the realm of actual language isn't so simple.

The case of Kanzi, a bonobo chimpanzee, is one such example. Kanzi lives at the Great Ape Trust research center near Des Moines, Iowa and has been acquiring communication skills since he was an infant. At first, psychologist Sue Savage-Rumbaugh was trying to teach Kanzi's mother how to use a special keyboard she'd developed to sidestep some of the control problems that had sparked controversies after Koko's training. But it proved to be little Kanzi who was picking up the most knowledge -- and doing it from simply being in the room, not the focus of direct attention.

So Savage-Rumbaugh decided to instruct Kanzi in the same way human children learn to pick up language skills. The bonobo spent his days engaged in normal activities with adults who spoke to him and taught him corresponding lexigrams (abstract symbols that represent written words) as the need for them arose. Kanzi proved an excellent student and an eager participant in daily social interactions, learning hundreds of lexigrams and understanding thousands of spoken words. And although he, along with his little sister, Panbanisha, still have their fair share of critics, Savage-Rumbaugh claims they can also understand grammatical concepts, refer to the past and the future, invent figures of speech and imagine how the world must seem from another person's point of view.

It appears Kanzi has communication skills about on par with a 2-and-a-half-year-old human, which might not seem like much but is far beyond what some thought was possible. But what if we venture outside the small family of great apes? Can humans communicate with nonprimates? We'll dig into that idea on the next page. 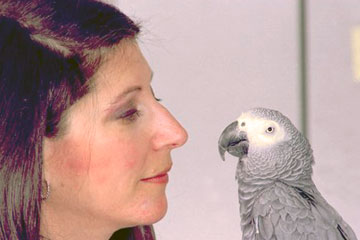 The debate over whether animals are capable of actual communication with humans in a meaningful way is far from settled. But to learn more about what possibilities are out there, look over the links on the next page.