by Kristen Hall-Geisler Apr 15, 2020
Fiercely territorial blue-gray gnatcatchers are seen here mobbing a much larger red tailed hawk, who could be encroaching upon one of their nests. Michael Allen Siebold/Getty Images

When you see adorable little birds snacking on seeds at your bird feeder or flitting about like they're sewing a dress for Cinderella, don't be fooled. Those birds will gang up and turn on you in a tiny, fluttering heartbeat.

When birds detect a predator, they will start "mobbing" it. It's when small birds join together to fend off a larger bird. Small and large are relative terms here. Crows will band together to mob a hawk, and starlings will come together to mob a crow.

Let's Get This Mobbing Started

Say a bird, or maybe a pair of birds, is near their nest of eggs or babies when they spy a predator. It could be an owl, or a cat or even a human. The little bird will let out a call of alarm that alerts its squad. The squad arrives, and they physically mob the predator.

Sometimes birds join the mob, not because they heard the call, but because they saw other birds headed for a mob. They join "by contagion," as a studies have documented going back to the 1950s.

The birds have an arsenal of moves at their disposal. They can hop and flap in the predator's face. They can dive bomb it. They can even shove it around a bit if they're feeling brave. Hummingbirds in a 1956 study showed that they are quite aware of their needlelike beaks. They zoom in toward the predator and feint at poking its eyeballs. If that doesn't make an owl flinch, nothing will.

How to Recognize a Mob

Birds don't wear diamond pinky rings. They don't have pinky fingers, for starters. But it can be pretty easy to see a mob happening.

Often you'll see and hear a lot of excited birds in a tree. They're screaming and flapping and making a huge ruckus. There might even be a half dozen different species taking part. It's very likely that there's a predator in the tree, and those birds are mobbing it.

If the predator doesn't get annoyed enough to leave, like maybe it's a taxidermy owl being used in an experiment, the mobbing birds can keep it up for hours.

It will likely come as no surprise that crows are the biggest fans of mobbing other birds. They love to use this technique, and they are loud about it. If you have crows in your neighborhood, you have almost certainly experienced the sheer joy of a tree laden with black crows screaming their heads off for far longer than they could possibly need to.

In 2017, researchers found yet another reason for birds to mob: showing off for the ladies. According to a paper published in Behavioral Ecology and Sociobiology, male birds will mob less threatening predators more aggressively if there are female birds around to watch. So if the threat of danger is actually pretty low, the males will be particularly daring so the females can see what a great mate they'd be. If the predator is more dangerous, though, the males show off less and merely get the mobbing job done.

Now That's Just Gross
Some birds go for the full gross-out by pooping or puking on the predator while they're mobbing it. They aim, and they can be very precise about it. Not only is it disgusting – and who knows what hawks think is disgusting? – but all that wet, gloppy weight can ground the larger bird.

Cytokine Storms: When Your Immune System Defends You to Death 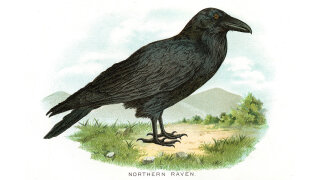 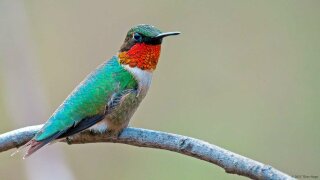 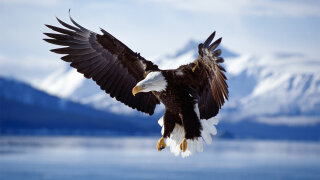