Owls are birds of prey that hunt at night. We hardly ever see them because when the hawks and falcons of the world clock out, the owls clock in. On silent, fluffy-edged stealth wings, they hunt small, nocturnal animals while it's dark, occasionally hooting or screaming at each other through the night. Then, when the sun shows up again, they repair to their favorite roost and let the other raptors go about their business eating day creatures.

And yet! We humans — notorious day-dwellers — pay a lot of attention to these night birds.

"Owls are probably one of the most widely recognized groups of animals in the world," says Denver Holt, the founder and lead researcher of the Owl Research Institute based in Charlo, Montana. "They're in all cultures — no matter how far back you go, there's always art or myths or stories about owls. They're on our corporate logos, sports logos, products use them to advertise, they're on castle walls and churches. I have a Greek coin that dates back to 400 B.C.E. with an owl on it."

Even the Chauvet cave in France, which includes Pleistocene art dating back around 30,000 years, contains an etching of an owl.

So, what is it about owls? They're not super conspicuous birds — just like moles aren't super conspicuous rodents — but you don't see us going around smearing a mole's face all over Tootsie Pop wrappers and Trip Advisor billboards.

Well, they are pretty cool. Although they're birds of prey, they're more closely related to mousebirds and kingfishers than eagles, hawks or falcons. However, they also fill the exact ecological niche as these other hunting birds — they just evolved to be terrifying night killers instead of terrifying day killers (which is, arguably, more unsettling, no?).

Owls are masters of camouflage — even though they share an ecological niche with other raptors, the day shift sees owls as a food source just as much as a rabbit or squirrel. They use their feathers to help them blend in with their surroundings and hide from predators.

Another aspect of an owl's mystique is in their eyes: They have to be large in order to see in the dark, and at this point in their evolution, a significant portion of what's inside an owl's skull is straight up eyeball. In fact, their eyes are cylindrical — they extend all the way to the back of their head, and you can even see a portion of their eyeballs through their ear holes. And because their eyes aren't sphericals like most eyeballs, they can't roll around in their heads, which means an owl's round head has to do most of the rolling around work. It is for this reason that they can swivel their heads entirely around on their necks.

Another thing owls have to be able to do at night is hear. While other birds of prey do a great job of using sunlight to locate their prey, or at least the telltale rustling of undergrowth associated with it, an owl's night vision can only get them so far. So they require their auditory sense to get them where they need to be while hunting, which is where their big, round faces and lopsided ears come in.

While the feathers on the top of some owl species' heads look like ears, they actually serve a function more akin to eyebrows. Their ears are actually large openings on the sides of their heads — one ear lower than the other, which helps them triangulate sound (a noise goes in one ear a little before it arrives in the other) to better tell which direction it's coming from. To make their sense of hearing even keener, an owl's entire face acts as a sort of satellite dish for sound waves. Their beaks are tiny to keep out of the way, and the circular depressions around their huge eyes boost their ability to snag the sound of a mouse scurrying beneath the snow, like a catcher's mitt.

So, piecing the evidence together — nocturnal, winged killing machines with incredible night-seeing powers and a preternatural sense of hearing — you can see why they have inspired so many myths and superstitions. And these stories are a mixed bag, though many of them were unflattering. One ancient Greek and Roman superstition indicated that owls were witches in disguise and would suck the blood right out of your baby. But the same cultures also believed owls to be connected to Athena, the powerful and influential goddess of wisdom and warfare (her ancient Sumerian precursor was Lilith, a horned, taloned goddess surrounded by owls, depicted in a 4,300-year-old Sumerian tablet). While Asian cultures largely considered owls to be good, protective spirits in disguise, most other cultures around the world considered owls to be the bringers of witchcraft, illness and death.

But why owls, which ordinarily stay out of our way and even manage our rodent pest population?

"If we have strong feelings about owls, maybe it's because they look like us," says Holt. "They've got a large head, a flat face, big eyes, a symmetry about their mouth and nose. We tend to be attracted — and repelled by — animals that are morphologically similar to us."

Now That's Interesting
While some owls hoot, others, like the barn owl can make the most horrific shriek-hiss (it's horror movie stuff), and a screech owl sounds a bit like a very lonely and distressed dog.

What's All the Buzz About Ezekiel Bread? 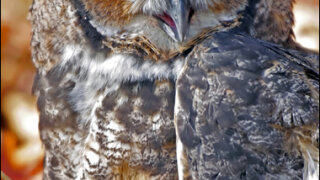 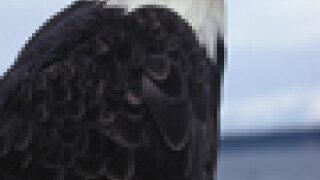 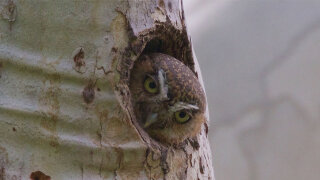